Thousands of expatriate Romanians were excluded from voting in Sunday's presidential elections in Romania. That's no way to treat your citizens, says DW's Robert Schwartz. 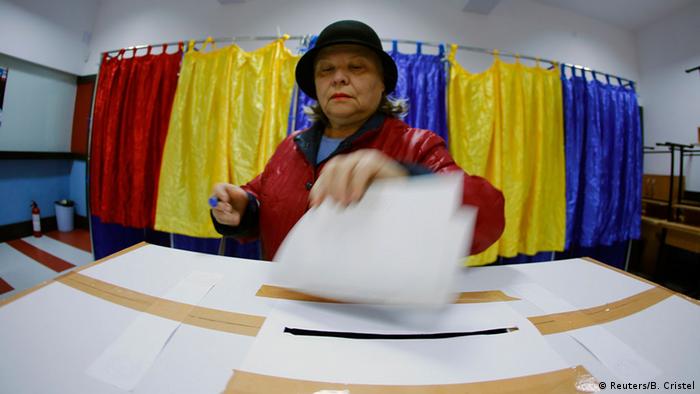 The ruling socialists' approach has paid off for the time being.

Their candidate, incumbent Prime Minister Victor Ponta, won the first round of voting. Whether his roughly ten percent head start will be enough for the second round is doubtful, however. Klaus Johannis, the ethnic German candidate for the liberal alliance, has a real chance of moving into the presidential palace, and not just in numbers. What matters now is who gets the votes of the 12 candidates from the first round. It's just as crucial whether the largest political group - the non-voters - will exercise their democratic right in two weeks' time. For the first round, about half of Romania's eligible voters chose to stay at home.

Just like five years ago, it might be expatriate Romanians yet again who end up tipping the scales. In 2009, a clear majority voted for outgoing President Traian Basescu - to the great chagrin of the Socialists, who cried election fraud. 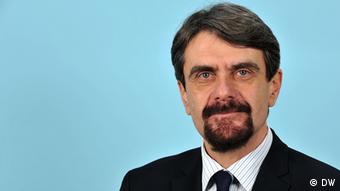 That's not how you treat citizens, says DW's Robert Schwartz

This time, however, the Socialist government appears to have made sure that situation won't be repeated. After hours of standing in line, thousands of Romanians hoping to cast their ballot in West Europe had to return home without having voted. Not enough polling stations had been set up for the estimated two to three million Romanians who live and work abroad. Disastrous planning permitted voting at nothing but a snail's pace. When the polling stations closed right on schedule, many thousands still waiting to vote were turned away.

In a European democracy, that's not what fair elections look like.

What happened in many western European cities was clearly voter hindrance.

Obviously, Romanians who work abroad and send their hard-earned wages home year after year were not meant to vote - second-class citizens who needed to be punished because they might have checked the "wrong" box.

The next round of elections on November 16 will show whether the calculation pays off in the end.

If this wasn't a specific act of circumventing a basic right, the government must ensure a smooth voting process in all polling stations, including those abroad. The government alone must make sure that all politically mature citizens can participate in the political process in countries where a postal ballot is not an option - even at the risk that their candidate might fail. Those are the rules of a functioning democracy. As long as these rules aren't followed, Romania must expect to be rated as a country where democracy stands on wobbly feet.

The list of anti-democratic lapses is getting longer: corruption, nepotism and harassing the media - and now, disregard for a fundamental basic right.

In two weeks, we'll see whether the Romanians are up to patiently playing this game. Many are sick and tired of seeing their country's name in unfavorable headlines. And they will vote, as they have so impressively posted on social media - the expatriate Romanians, too. So that no one will have to feel like a "second class Romanian", they say, not at home and not anywhere else in Europe.

Romania's prime minister has won the presidential election’s first round, but he has been pushed harder than expected by his right-wing rival. Victor Ponta will now face Klaus Iohannis in the runoff. (03.11.2014)

Voters in Romania are going to the polls in an election to choose a new president. Current Socialist Prime Minister Victor Ponta is widely considered to be the favorite, despite accusations of corruption. (02.11.2014)

Democracy put to the test in Romania

Romania is about to elect a new president. There are 14 candidates, and the opinion polls say it will come down to a run-off. The country is at a crossroads that may affect the rest of Europe. (01.11.2014)