Voters in Romania are going to the polls in an election to choose a new president. Current Socialist Prime Minister Victor Ponta is widely considered to be the favorite, despite accusations of corruption. 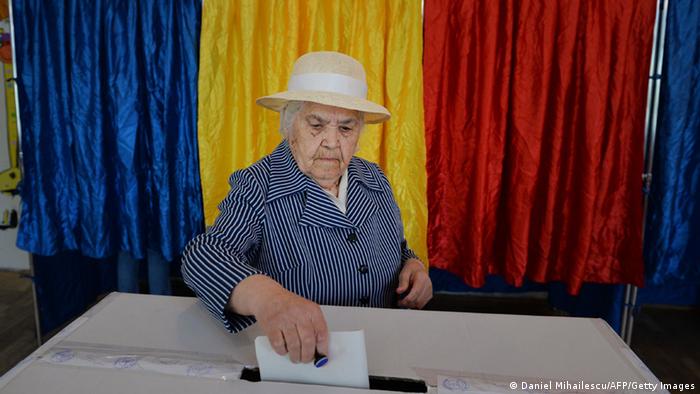 Polling stations opened in Romania on Sunday as voters cast their ballots to elect a new leader to replace outgoing President Traian Basescu.

The two frontrunners are Socialist Prime Minister Victor Ponta and Klaus Iohannis, the leader of the center-right National-Liberal Party and mayor of the Transylvanian city of Sibiu. Opinion polls suggest that none of the remaining 12 candidates has enough support to provide serious competition.

If no candidate obtains an absolute majority of more than 50 percent of the vote on Sunday, a runoff vote will be held on November 16.

Both of the main candidates focused largely on the issue of corruption during their campaigns, with Romania still subject to European Union supervision on the issue.

The country of 19 million joined the EU in 2007 under tight EU monitoring of its judicial system in view of persistent problems with corruption and organized crime.

Ponta, a trained lawyer, is considered the favorite to win the elections despite himself facing accusations that he had put pressure on prosecutors investigating his political allies on suspicion of corruption.

His critics have also expressed fears that if he wins the election, he could use the post of president, which is otherwise largely ceremonial, to influence the appointment of prosecutors, thus giving him power over the judiciary. The president is also in charge of defense and foreign policy and of naming ambasssadors and the heads of the country's two main intelligence agencies.

The 42-year-old Ponta has pledged to reduce taxes, raise pensions while stressing the need to maintain good relations with both the EU and China. He also recently announced an increase of 10 percent in wages in the medical sector, further boosting his popularity.

If he is elected president, his parliamentary bloc will choose a replacement premier without early elections being necessary.

Incumbent President Basescu is barred from running in the election, having served two five-year terms.