Opinion: Pope puts off decision on bishop | Germany| News and in-depth reporting from Berlin and beyond | DW | 23.10.2013

Pope Francis wants more information before deciding how to handle Germany's Bishop of Limburg, says DW's Stefan Dege. It could be a decision between pomp and humility.

Pope Francis has allowed Bishop Franz-Peter Tebartz-van Elst to retain his title - for now. Until a special report into the financing of the Limburg residence is issued, the bishop will keep a low profile. Until then, vicar-general Wolfgang Rösch will run the diocese. The pope has spoken. But was he the one who decided? 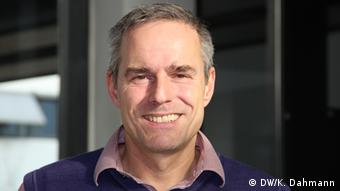 The embattled bishop has come under criticism for his financial conduct. He had his new residence built to the fantastical sum of over 30 million euros - about 10 times more than originally expected - and covered up the construction costs. He has been accused of giving false statements in court regarding a first-class flight to India. Priests have accused him of an authoritarian style of leadership. Thousands of Catholics have taken offense at how he has led his flock. Tebartz-van Elst apparently led the life of a prince-bishop of the Middle Ages.

The wave of public anger, which even some of Germany's bishops joined, has not yet washed him out of office. Instead, the pope has made it clear that - even in the tense atmosphere surrounding the Limburg case - some things need to be kept separate: namely accusations and proof. Who carries what responsibility when it comes to the new residence needs to be clarified - and there are plenty of open questions. Answering them will be the job of inspectors put on the case by the Bishop's Conference. Until their report is finished some time will pass.

The pope will not have to decide on Tebartz-van Elst's future until then. For the time being, the bishop has been taken out of the firing line. From a legal perspective, it's fair. Well-meaning Catholics call it mercy. It will give the people of Limburg - and elsewhere - time to gather their thoughts.

A grace period has started for the controversial bishop of Limburg. If it turns out that he lied, covered up or even defrauded the Church, his fate would be sealed. He may remain a bishop, but he would hardly be able to lead a diocese - and certainly not the one in Limburg.

The scandal has damaged the Catholic Church. Its credibility is on the line. Many Catholics see Tebartz-van Elst as a symbol for a Church that is enamored in power and pomposity that unacceptably pushes its way into people's lives and is at odds with modern society. Pope Francis, with his life of humility, on the other hand, is regarded as a great hope for the Church. The world will be eagerly awaiting his eventual decision on the Tebartz-van Elst issue.

The scandal engulfing Bishop Tebartz-van Elst has cast a dark shadow over the Catholic Church in Germany. But for many local parishioners, enthusiasm for their church parishes hasn't diminished. (20.10.2013)

The controversial bishop of Limburg has been dismissed from his diocese for an unspecified length of time after spending millions on his residence. Many German Catholics hope the Vatican's last word is yet to come. (23.10.2013)