The controversial Bishop of Limburg has been dismissed from his diocese for an unspecified length of time after spending millions on his residence. Many German Catholics hope the Vatican's last word is yet to come. 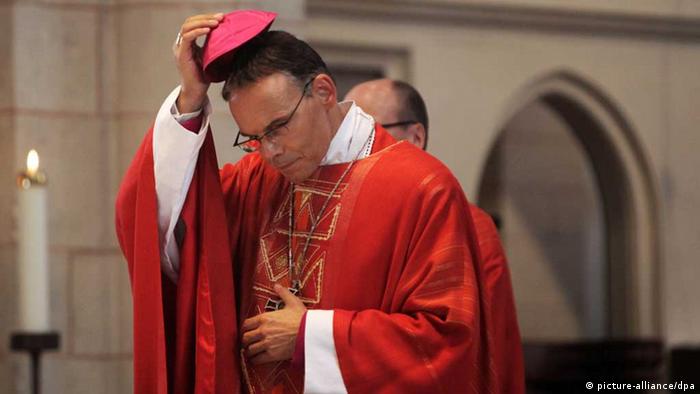 The Vatican announced that Bishop Franz-Peter Tebartz-van Elst would be suspended for an unspecified length of time after it became clear that he "could not exercise his [duties] at this time." Pope Francis "had been fully and objectively informed at all times" as to the situation in Limburg, the Vatican said in a statement on Wednesday (23.10.2013).

A special commission set up by the German Bishop's Conference is currently scrutinizing the costs of the bishop's new residence in Limburg. Tebartz-van Elst has been the brunt of raging criticism for spending at least 31 million euros ($42 million) on the building, which originally had been expected to cost 2.5 million euros.

Pope Francis is now awaiting the commission's report before taking further action. Until then, the pontiff has granted Tebartz-van Elst "time outside the diocese." In the interim, the designated Limburg vicar-general and Wiesbaden deacon, Wolfgang Rösch, has been appointed to take over the bishop's duties.

Tebartz-van Elst has been in the line of fire for weeks because of his lavish lifestyle and the way he has administered his diocese. He could face charges for giving false testimony in connection with an expensive, first-class flight to India. Local prosecutors in Limburg are also examining whether to open an investigation into embezzlement charges that have been filed against him. 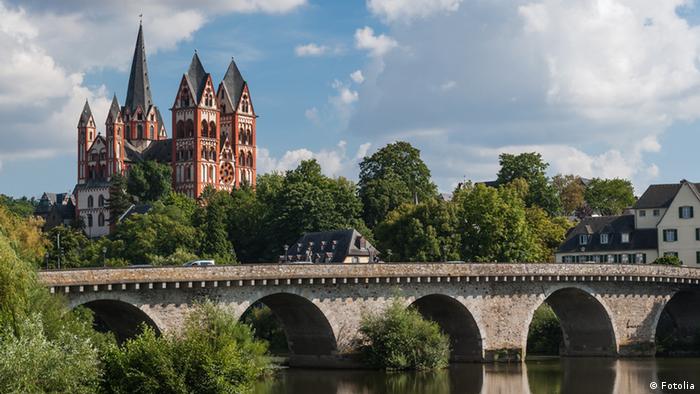 Limburg Cathedral has had to struggle with worldly concerns of late

The German Bishop's Conference (DBK) said the decision by the Holy See had provided "the space to find a way back to inner peace in this situation and create a basis for dialogue." DBK chairman, Robert Zollitsch, who is the archbishop of Freiburg, thanked "all the participants, who in recent weeks and months have continued to seek a perspective and dialogue for the future."

Catholic lay groups welcomed the pope's decision. Alois Glück, the president of the Central Committee of German Catholics, said the Vatican's decision created "the necessary space for a thorough and consistent clarification" of the circumstances. 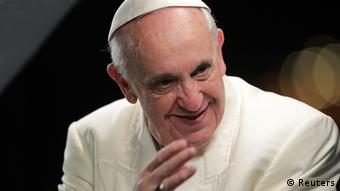 The pope's approach, Glück told Deutsche Welle, "was guided by the desire to be fair to all participants, the bishop, committees, boards, and all Catholics of the Limburg diocese." Glück was one of the people who had recommended the bishop to step down.

Christian Weisner, from the Catholic grassroots group "Wir sind Kirche" (We are the Church), said the Vatican's decision was a "sign of charity" that would hopefully restore peace in the Limburg diocese.

"Following the enormous loss of confidence, which not only befell the Limburg diocese but the entire Catholic Church, I cannot imagine that Bishop Tebartz-van Elst will return as a bishop to Limburg, or to anywhere else in the world," Weisner told DW.

For the German theology professor, Ulrich Lüke, the Vatican is hoping to gain some time before making its final decision. "Presumably the substance of the accusations will be carefully examined before an appropriate answer is given," said Lüke, speaking to Deutsche Welle.

"It would be very unpleasant, if the bishop were sent packing now and then the examination revealed nothing substantial," he stressed. However, if the accusations are confirmed, then even a demotion to auxiliary bishop is possible, said Lüke. Tebartz-van Elst would then likely become a shepherd without a flock.

Pope Francis wants more information before deciding how to handle Germany's Bishop of Limburg, says DW's Stefan Dege. It could be a decision between pomp and humility. (23.10.2013)

The scandal engulfing Bishop Tebartz-van Elst has cast a dark shadow over the Catholic Church in Germany. But for many local parishioners, enthusiasm for their church parishes hasn't diminished. (20.10.2013)