Opinion: Police violence is disturbingly normal in US

An American woman live-streamed her boyfriend bleeding to death. Her staid reaction shows that many black Americans expect to lose a loved one to gun violence, DW's Ines Pohl writes. 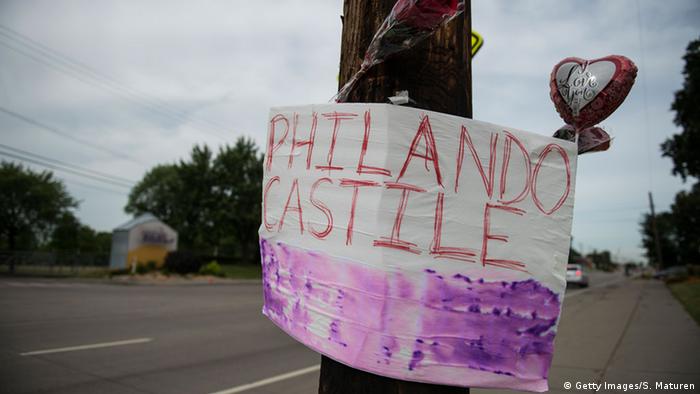 It has become a sad reality: Images and video clips of black Americans being killed by police have become so commonplace in the United States that a disturbing routine of dealing with them has developed. The shootings are all over the morning news, there are protests and arrests, police chiefs and politicians express their condolences, and then life goes on - until the next incident, until the next person is killed by the police.

But this time it is different. The change is reflected in Lavish Reynold's live streaming of her boyfriend bleeding to death while the world watched. Philando Castile was in the driver's seat next to her when the car was stopped. The 32-year-old man was shot to death. 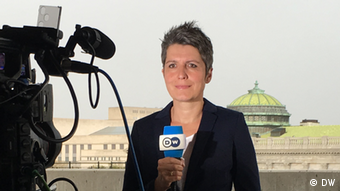 All this happened only one day after two policemen in Louisiana pinned down Alton Sterling and shot him several times until he was dead. His widow was almost unbelievably composed during a press conference. The two women's reactions show how normal it has become for black Americans to lose loved ones in street shootings or in clashes with the police.

It is not a coincidence that it is often white policemen who shoot black men. In poverty-stricken regions with high crime rates, weapons and violence often accompany everyday life.

US police are quick to reach for their weapons simply because it is highly probable that they will face people who may not reach into their pockets for a driver's license but instead, a weapon. Officers are under a great deal of pressure, and that has been clearly documented in the video streamed by Reynolds. You hear her calm voice explaining what has happened, while a policeman in the background frantically grapples with his gun.

Insufficient police training plays a part. Officers do not learn how to deal with extreme situations appropriately, and thus situations arise in which they act more like executioners than professional enforcers of the law.

It is a problem that has been with Americans for a long time. It is shameful that this issue has not played a role in election campaigns - apart from expressions of shock and sympathy for the bereaved. It is hard to imagine that anything will change in the country's currently agitated mood. People prefer to argue over tweets or Hillary Clinton's email account than to work on sensible gun laws. Of course, this all has to do with the fact that young black men are shot on the streets every day, so in the end it all does go back to the deeply rooted racism that has set the tone in this presidential campaign after eight years of Barack Obama.

Have something to say? Add your comments below. The thread closes 24 hours after publication.

Ukraine: Sloviansk likely to be 'next key contest' in Donbas battle — live updates 2h ago