After the Notre Dame fire, it took only a few hours for shock to give way to consolation and promises of a full restoration of the famous cathedral. Anything else would have been unimaginable, says DW's Rick Fulker. 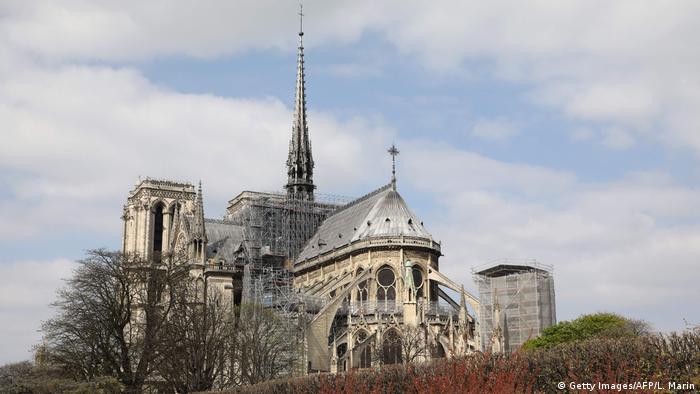 The apocalyptic images of the Parisian cathedral in flames are still fresh. And they've already burned their way into the collective consciousness like no others since the collapse of the Twin Towers in New York on September 11, 2001.

It's an emotionally painful event. The embodiment of Gothic architecture, Notre Dame is — or was? — one of France's most frequently visited monuments. It's a structure that has stood for the greater part of a millennium and an incomparable attraction for Christians, those interested in art and culture, and tourists.

And Paris, again! After the horrific terror attacks associated with Charlie Hebdo and the Bataclan, this sad news penetrates to the core. While at this point the fire's cause appears to have been accidental, it nonetheless demonstrates just how thin and fragile the varnish of civilization is. How many wounds can the proud city sustain? 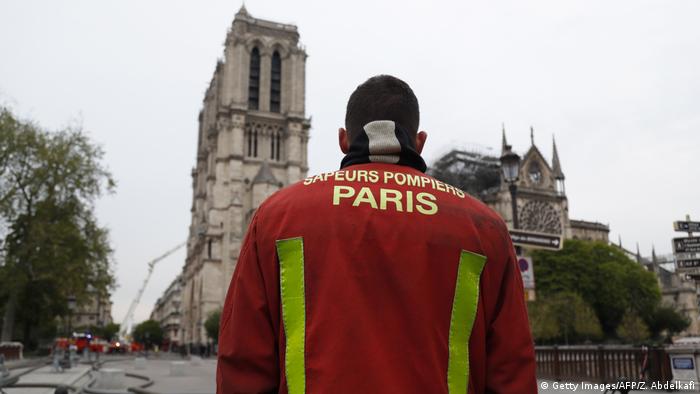 Words of shock and consolation issued forth immediately. French President Emmanuel Macron called Notre Dame "the epicenter of our lives" and described the collective pain: "A part of us is burning."

Even US President Donald Trump, not known to be highly interested in cultural artifacts, lamented the destruction of "one of the greatest treasures of the world" and "a part of our culture." Not content with that, he issued a recommendation that the French authorities act quickly and even offered unsolicited advice on how to fight the fire.

Since two centuries of construction ended in 1345, Notre Dame has remained standing on that tiny island in the River Seine — though not without changes. What hasn't this lady already withstood? Finding the interior anachronistic, Louis XIV had it thoroughly altered in the 17th century. In the aftermath of the French Revolution, the cathedral was gutted and used as a wine storage facility. It survived two world wars. It was as if it would — no, as if it must — stand there forever.

In fact, the house of worship was badly in need of restoration. Gargoyles had broken off, buttresses were discolored by air pollution, water had penetrated cracks in the spire's wooden frame. The cause of the fire is still unknown, but it seems to have been an accident that happened in the course of restoration work.

Should that turn out to be true, the paradox would be awesome: In an attempt to save the building, it was destroyed. An encounter of old material and new technology with disastrous consequences. 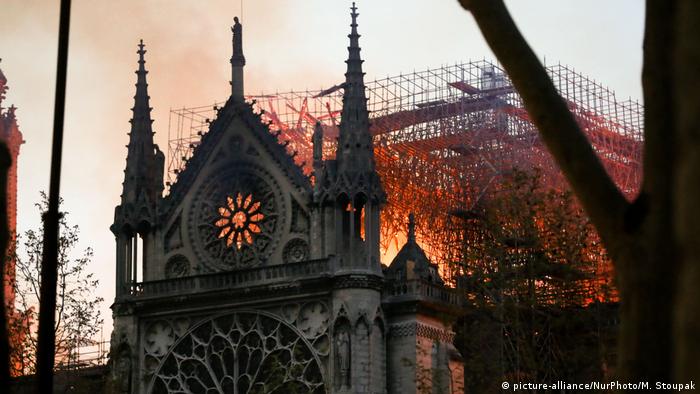 Notre Dame's wooden beams were engulfed by the flames

At some point, more will probably be known about the course of events. At this point in time, the prevailing feeling is still bewilderment. But Paris without Notre Dame? Unimaginable!

Less than 24 hours after the fire broke out, the Polish and German governments promised assistance with reconstruction. Two French billionaire families pledged a total of €300 million ($339 million) towards the cathedral's restoration. The city of Paris announced expenditures of €50 million and a conference to coordinate international contributions. The foundation associated with the Frauenkirche (Church of Our Lady) in Dresden, which was destroyed by Allied bombing in WWII and rebuilt after an unprecedented international campaign, sent words of encouragement to the Parisians. 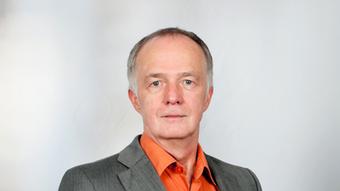 As the hours pass, there has been some hopeful news. The walls and towers still stand, and some works of art and the historic organ from the 1730s have probably been saved.

It's not yet known whether the walls are stable enough to be built on or whether they will have to be removed and replaced.

But it's already clear: The path will be long, but it will be taken. And even if it takes decades of work, Notre Dame will be restored!

For over 800 years, Notre Dame has been France's literal and metaphorical center. The Gothic treasure has served as the scene of major events in history, and as a trove of priceless heritage. (16.04.2019)

The French president has announced a funding campaign to rebuild Notre Dame after it was partially gutted in a fire. Two French billionaires and oil giant Total have already pledged huge donations towards the effort. (16.04.2019)

Paris' most famous cathedral, Notre Dame, was partially destroyed in a fire. The blaze toppled the spire and destroyed the roof, but amazingly much of the interior survived and the structure remained intact. (15.04.2019)