Opinion: New name but same mistakes in Compact With Africa 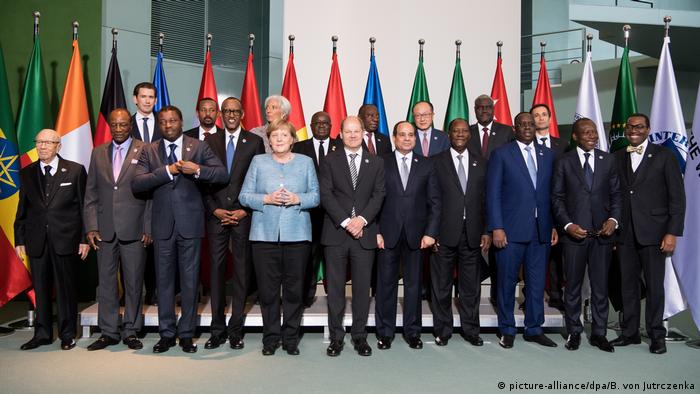 Economists and Africa observers are nearly unanimous in their assessment of the devastation left by the structural adjustment policies of the 1980s and 1990s. Many of the so-called recipient countries have not recovered from the SAPs' massive social cuts.

More than a quarter of a century — and many crushed hopes later — there is now talk again of fiscal discipline, structural adjustment and the battle against inflation. Once again the International Monetary Fund (IMF) and the World Bank are on board. Instead of being called SAP, the investment program has been called the Compact With Africa.

The CWA, however, has "missed the point," according to the German-African Business Association, which is not known for being hostile to commerce.

The involvement of private investors in the development programs for — and with — Africa is to be welcomed, and the mode of traditional development aid is rightly discredited.

But the mistakes of the SAPs are being repeated: The CWA is very narrowly focused on macroeconomic conditions and neglects UN sustainability targets, as well as the goals set out in the African Union's Agenda 2063.

Direct investments in infrastructure projects are only beneficial if they take into account the betterment of health, education and civil society; these are the vital ingredients for a climate of healthy investment and the creation of sustainable jobs. But we knew all that already — or so we thought.

Even more worrying is the very real danger that the new CwA loans will plunge the African signatories further into their already-deep debt.

The North African nation of Tunisia received loans of €165 million ($187 million) for business-oriented restructuring, mostly at lowered interest rates. The West African states of Ghana and Ivory Coast each received €100 million to expand renewable energies — more than two-thirds is on credit.

Africa's debt level is already at a record high; the blame for that rests not on the Germans but on the checkbook diplomacy of the Chinese.

The CwA selection process is also dubious: Comparatively wealthy African countries are favored, while nations with weak infrastructure-weak or in states of crisis miss out. Rural areas that are home to the most egregious poverty in Africa are largely ignored.

At the same time, countries with different needs — for example, Tunisia, Rwanda and Ethiopia — are heaped together, without their individual economic structures taken into account.

Like the SAPs, the CwA will probably do more harm than good.

The hasty announcement of special funding for German small and medium-sized enterprises will likely not change that. There is simply a lack of interest to invest in Africa in the long term, and that will not change in the foreseeable future.

The ball is now in the court of Africa's elite. Whether SAP or CwA, the buck stops with the countries' individual leaders: They are the ones who will develop Africa. Real progress cannot be achieved on the playing field with the Merkels and Macrons; the leaders must turn to their own populations.