Opinion: Myanmar sanctions will not stop the bloodshed

As more Myanmar anti-coup protesters die at the hands of police, Yangon-based journalist Zeya Thu told DW that both Myanmar's Asian neighbors and the West need to support peace negotiations. 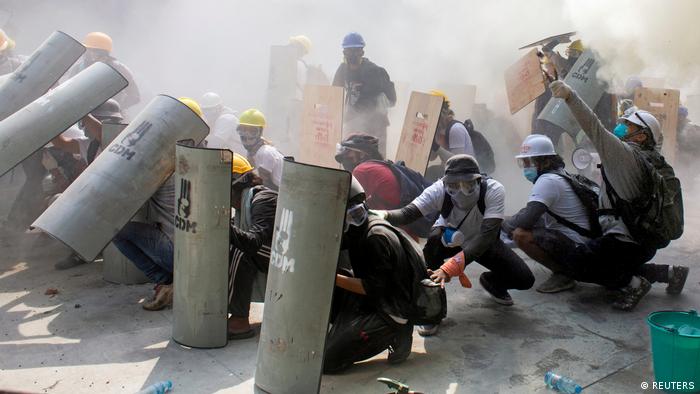 One month ago, Myanmar made international headlines when the military staged a coup d'etat on February 1.

De facto leader Aung San Suu Kyi and other political allies from the democratically elected National League for Democracy (NLD) were detained just before the new parliament was about to start.

Since then, people all over the country have taken to the streets and many civil servants have joined a strike movement opposing the coup. Nobody wants to go back to dark days of the 1990s and 2000s when Myanmar was under the rule of a military junta. 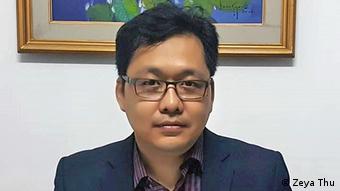 Zeya Thu is publisher of Myanmar news outlet The Voice

The police adopted a "wait and see approach" initially, but eventually cracked down violently on the protesters.

Yesterday, February 28, was the bloodiest day so far, with at least 18 people reportedly killed across the country.

I witnessed yesterday's violence while covering a mass protest Sunday morning at Hledan, a popular spot for protests in Yangon, Myanmar's largest city.

When shots were fired, I fled like everyone else. Someone was shot just ten feet from where I was standing. It could easily have been me.

Thousands of demonstrators are now gathering almost daily to appeal for international help in front of foreign embassies and United Nations agencies in Yangon and the capital, Naypyidaw.

Some hold placards that read: "How many dead bodies [does the] UN need to take action?"

What should the international community do?

These countries, along with Japan, could use their peer pressure on Myanmar's military, called the "Tatmadaw," to influence outcomes. Any international effort would need the cooperation of these countries to work.

The European Union gives Myanmar products preferential trade status in its market with the Everything But Arms (EBA) program.

Sanctions not the answer

That is understandable given that these Asian countries have a huge stake in Myanmar and will face potential repercussions if the situation becomes uncontrollable.

The first response of the West to the coup was targeted sanctions on leading Tatmadaw generals.

However, most of Myanmar's generals had already been under sanctions because of the Rohingya crisis in 2018.

But this doesn't mean the West should return to the broad sanctions that were imposed on Myanmar in 1990s and 2000s. Those sanctions only hurt Myanmar's citizens — already the victims of military rule — while military leadership itself was largely unaffected.

When sanctions were relaxed and the international community began to support civil society in Myanmar, the country started to open up to democracy. This new ethos in Myanmar can be seen in today's protest movement.

Myanmar has benefited from 10 years of opening-up to the world and international support of democracy since 2011.

The protesters are mainly young people who came of age during these democratic 10 years. They want a resourceful and peaceful approach to Myanmar's future. 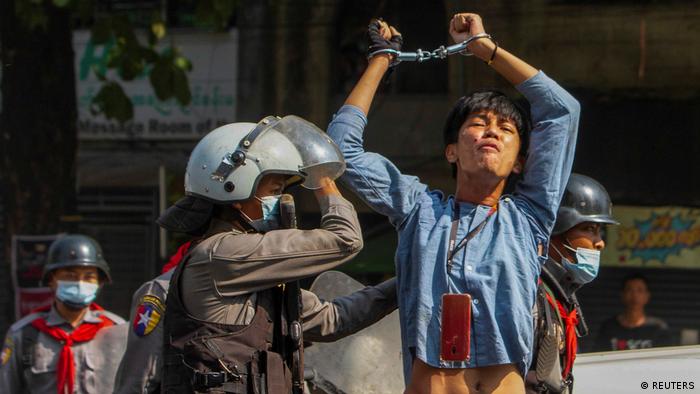 The international community, and especially the West, could decide to avoid engaging the military government directly and rather put emphasis on continuing to support civil society.

Myanmar's civil society and media remain the only check and balance against the military.

When the international community does engage with the Tatmadaw, it needs to emphasize that violence against protesters must be stopped immediately.

The protests are gaining momentum and show no sign of stopping. There will be more bloodshed as patience wears thin on both sides. Some protesters have already vowed to fight back using any means necessary.

If the military would release Myanmar's leading pro-democracy figure, Aung San Suu Kyi, she could be a big help to restoring calm.

The international community should pressure the military to release Suu Kyi and come to the negotiating table.

Even if Suu Kyi is not available any time soon, any steps towards negotiation are preferable to the current escalating situation.

Importantly, negotiation and de-escalation will require a coordinated effort from the West, ASEAN, China, India and Japan.

Otherwise, Myanmar is on the brink of chaos that might spin out of control —with ramifications for stability across all of Southeast Asia.

Myanmar's Aung San Suu Kyi had the global community rooting for her when she was the world's most famous political prisoner. But in recent years she was accused of standing by while soldiers massacred Rohingya Muslims.

Indonesia: 129 killed after 'riots' at football match 3h ago