Opinion: 'My friend, the digital occupier'

The US are spying big time. It's particularly startling that they also listen in on friends and allies. DW's Volker Wagener says Germany should take a stand against digital occupation by the US. 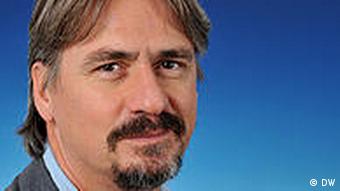 It's time to take a stand, says DW's Volker Wagener

Washington, 1972: Break-in at the Democratic Party's headquarters. The order to carry out the burglary came from sources close to US President Richard Nixon.

As evidence of the administration's involvement began to emerge, it became clear that the burglars had been attempting to install wiretaps in the party's offices as part of a massive domestic political spying operation. The resulting scandal led to Nixon's resignation.

Watergate is one of the most infamous episodes in US political culture. Over the intervening decades, it has become a byword for shocking political corruption.

States don't have friends, they have interests

So it's unsurprising that the NSA's surveillance mania in Berlin was immediately dubbed "Mobilegate." But should spying on the German chancellor's phone really be put on the same level as the Watergate scandal?

The comparison is legitimate. In the digital age, you don't need torches and crowbars in order to tap a phone. There are different ways to get at information, but the goal remains the same.

The US does whatever is possible - even when it's illegal or immoral. In that sense, Barack Obama is representing the interests of his country - and he sees the rest of the world from this perspective.

As former French President Charles de Gaulle put it: States don't have friends, they have interests.

And Washington's interests are always global. If the media allegations are true, there are around 80 US surveillance centers around the globe, including 19 in Europe, two of which are in Germany - one in Berlin, the other in Frankfurt, the country's financial and banking center.

Frankfurt is hardly a place where surveillance is likely to further efforts to combat terrorism. It's far more likely to be concerned with getting inside information on financial decisions and politics. This is very revealing.

Spying on friends is an abuse of power

Germany has many reasons to be grateful to the United States. Among other things, it helped bring democracy to our country: we certainly didn't fight for this ourselves. Furthermore, it was the Marshall Plan that, after the war, helped turn Germany into the economic giant it is today. With this historical background, Germany has never really emancipated itself from Washington.

We have almost always stood alongside our big American brother, hardly ever daring to criticize. Gerhad Schröder's "No" to the Iraq war was a rare exception to the rule.

The current surveillance scandal is an opportunity to make a clearer break. Berlin's reaction to the surveillance allegations should be substantial in both word and deed – not least because US-German friendship has always been seen and praised as particularly strong and steadfast.

The opportunities for a confident reaction are there: The free trade agreement between the EU and the US, and the German-Brazilian initiative to introduce a UN resolution against the US. Whether or not these measures actually lead to changes, the message should be clear: That's enough.

If, 70 years after the war and 23 years after German unification, the United States still behaves like a (digital) occupying power, then it's about time we questioned the friendship.

The NSA's 'Stasi methods' - what did Obama know?

Barack Obama has come under intense pressure following the scandal over the bugging of Angela Merkel's cell phone by the NSA. The intelligence agency insists the US president knew nothing, but there are contradictions. (28.10.2013)