Opinion: Life sentence for ′Butcher of Bosnia′ upheld, but will it change Serbia′s nationalist narrative? | Europe | News and current affairs from around the continent | DW | 09.06.2021 Ratko Mladic had appealed the life sentence handed down in 2017

Bosnian-Serb former General Ratko Mladic is infamous — not only for his crimes in Croatia and Bosnia and Herzegovina during the Yugoslav Wars of the 1990s, for which he was given a life sentence in 2017, but also because he was able to hide and escape justice for 16 years thanks to the support of various democratic governments of Serbia.

On Tuesday, the International Residual Mechanism for Criminal Tribunals (IRMTC) in The Hague upheld the conviction and the sentence against Mladic. The judges of the successor to the International Criminal Tribunal for the former Yugoslavia (ICTY) found him guilty of 10 out of 11 counts, including of genocide, crimes against humanity, violations of the laws or customs of war and sentenced him once again to life imprisonment.

The work of the war crimes tribunal in The Hague has been extremely important for the Western Balkans because it has brought to light extensive evidence of the crimes committed in the Yugoslav Wars. However, there is still no proof of Mladic's connections to Belgrade and Slobodan Milosevic, Serbian president at the time of the wars, as well as other leading figures mentioned in the 1991 indictment against the latter. The 1997 sentence of Dusko Tadic, the first person to be tried by the ICTY, stated that the Bosnian War was an armed international conflict. 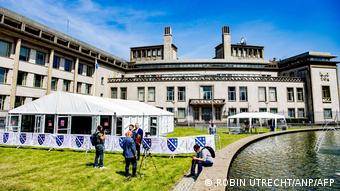 The International Criminal Court is instrumental for examining war crimes

In the case against Ratko Mladic, the tribunal did not link him to Serbia. Nor did it include the well-documented genocide in six Bosnian communities at the beginning of the war in 1992, for which prosecutors hold him responsible.

In Serbia, to this day — 26 years after the end of the war  — the verdicts of the Hague tribunal regarding Serbia are considered to be anti-Serbian. Public discourse tends to focus almost entirely on indictments of war criminals from other countries. The fact that the Serbian state itself has not been accused of criminal activity enables people to deny any Serbian responsibility for the wars and war crimes.

Instead, the conflict is described as a "war of liberation for the Serbs" in Bosnia and Islamic fundamentalism is blamed for the collapse of Yugoslavia. A national narrative has developed that portrays Serbs as victims who are stigmatized by the world, not least because of their proximity to Russia. 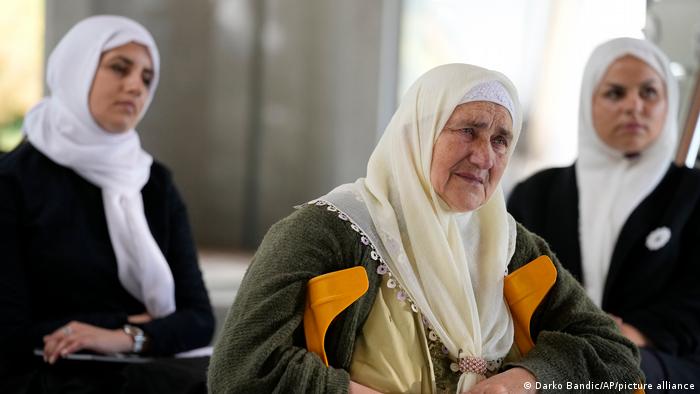 Over 8,000 Bosniak men and boys were killed in the Srebrenica massacre

The 1995 Srebrenica genocide  was in fact part of a Serbian strategy that defined the eastern Bosnian town and Zepa and Gorazde, two other UN-declared "safe areas," as a kind of Muslim corridor, which supposedly linked Sarajevo with Turkey via the Serb region of Sandzak, which had a majority Muslim population, and Kosovo and Albania, whose inhabitants are majority Muslim.

According to Serbia's interpretation, this "green transverse" posed a danger to the whole of Europe, which is why Srebrenica was a goal for Mladic from the beginning of the war in 1992. This interpretation remains pertinent in Serbia today.

The Bosnian War challenged the West's credibility and its proclaimed values, and the Srebrenica massacre discredited the entire international community. From a moral standpoint, it marked a turning point in the war and was also a symbol of the indifference and ignorance of Western countries towards the murder taking part in the Balkans.

This is why Srebrenica led to serious debates all over the world. In 2015, Russia and China vetoed a UN Security Council resolution that condemned the Srebrenica massacre as a genocide and was an attempt to recognize the roughly 8,000 victims and establish an international day of commemoration.

While Bosnia continues its stubborn fight for a functioning and pluralistic state, in Belgrade criminals indicted in The Hague have been rehabilitated. Many of them are treated as national heroes who sacrificed themselves for the "Serbian cause."

Serbian elites have to answer questions

The upholding of the verdict against Mladic, the cruelest of Bosnian-Serb war criminals, will have no effect in Serbia. The national narrative on the disintegration of Yugoslavia has led to a concept of responsibility that makes it difficult for the Serbian state to admit any guilt. This would only be made possible by a radical transformation of Serbian society, which in turn will only be possible when the country's elites answer the following questions:

Are they ready to admit that institutions such as the Yugoslav army and Serbia's security services helped to enforce Milosevic's Greater Serbia policy?

Will they accept that there were deportations and massacres against known and named civilians because of their cultural or religious affiliation?

Will they acknowledge that there is evidence that the bodies of victims were transferred to so-called secondary and tertiary mass graves and that they were mutilated and sometimes burnt? 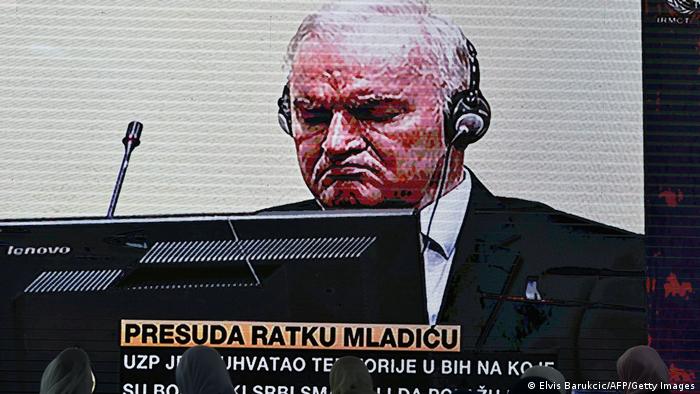 Will they acknowledge that cultural and religious heritage was deliberately destroyed in order to destroy the identity of non-Serbian ethnic and religious communities?

Will they accept that the lack of will on Serbia's political and cultural elites to examine the country's past responsibly poses a significant obstacle to its prospects of joining the EU?

Will they concede that the ongoing relativization of Serbian responsibility for the Yugoslav Wars prevents relations between the countries and peoples of the Western Balkans from normalizing?

Will they accept that this relativization means that Serbian society and its value system are becoming increasingly regressive?

Will they accept that the principle of criminal liability is one of the key elements for establishing rule of law in Serbia?

Serbia cannot become a modern European society if it refuses to reckon with the past and with Ratko Mladic's crimes.

Sonja Biserko is one of the best-known human rights activists in Serbia and has been president of the Helsinki Committee for Human Rights in Serbia since 1994.

A previous version of this article stated Ratko Mladic is Bosnian. This has now been corrected.  The department apologizes for the error.