Opinion: Legal migration to Europe is the only answer

It's time for EU ministers to come up with unconventional ideas. Immigration without smugglers should be made possible, writes DW's Bernd Riegert. 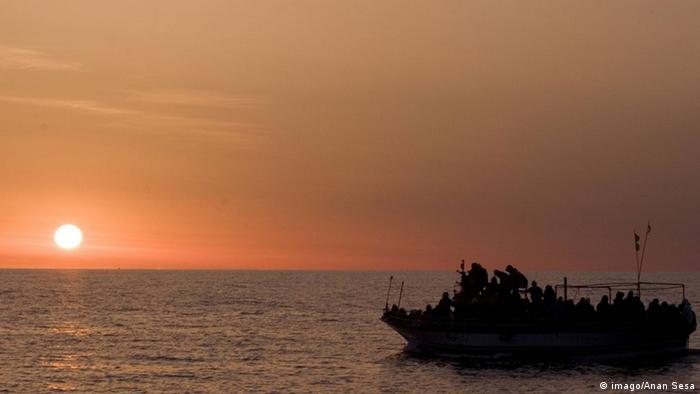 In the past 10 years, about 25,000 people have died in the Mediterranean during attempts to reach Europe. The scandal is not subsiding. This weekend drastically showed how the EU members' current refugee policy is failing, leading to an inhumane situation. The calls for EU action are becoming louder again. Politicians and activists are being blamed, but it's not that simple.

Why is the African Union not to blame? Aren't African and Middle Eastern countries, the migrants' primary points of origin, assuming any responsibility for their citizens? Where are the passionate pleas of African leaders asking people to avoid putting themselves at the mercy of smugglers and submitting themselves to the perilous journey across the Mediterranean? What is Libya doing to halt the activities along its coast? Nothing.

Africa is just as responsible as the EU.

Neither Italy nor Europe - in the form of Frontex - is entirely responsible. The boats sink virtually within view of the African coast. That's why it is time to turn to the African states. The European Union has made some very fragile attempts to initiate talks with the migrants' countries of origin and transit countries, but the revival of the Union for the Mediterranean has had little effect until now.

In light of the recent disaster, those responsible in the European Union have to act now. After a decade of indecisiveness, courage and political will is now needed to take necessary measures. There should be more than just a series of crisis summits.

A mere expansion of the sea rescue program is not enough. Despite contrary assertions, thousands of refugees did still die during the run of the Mare Nostrum operation.

That's why a short-term blockade of the Libyan coast is necessary: It would destroy the smugglers' lucrative and twisted business model. If need be, European naval units would have to prevent departures of more refugee boats. That is not a solution for the migration problem in itself, but a blockade could at least save some lives in the short term. Why would migrants even get into boats - just to possibly be rescued somewhere in the huge sea area? 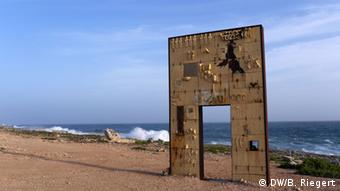 A memorial to drowned migrants in Lampedusa

Smugglers would finally be stopped if the EU just transported 1,000 migrants from African ports each day on chartered ferries to Italy and Spain - legally and free of charge. Then people would no longer have a reason to board unseaworthy vessels, floating wrecks. That means 365,000 migrants each year, which is not more than the number of people getting on boats nowadays.

And then? Will Europe welcome more people?

What would happen to migrants who come to Europe? In the medium term, they would have to be moved from the Mediterranean region and "distributed" throughout the European Union. Italy claims to be overwhelmed. Greece and Malta are truly overwhelmed; Spain has washed its hands of the matter for the time being.

People in Europe have to decide in the medium term if they are willing - with respect to the growing pressures of migration - to receive 2 million to 5 million people as asylum-seekers, quota refugees or economic refugees. That is what EU leaders should be arguing about: ways to achieve a consensus. If they could finally work through such a process, then the legal routes to migration could be enlarged.

Applications for asylum or immigration queries should be processed and approved well in advance by the EU embassies of the migrants' countries of origin or in their transit countries. This would fully contradict present-day practice, but it would spare the willing migrants a dangerous journey to the African coast and the sea crossing. Setting up reception camps would be an interim step as even fleeing from Syria or Eritrea to Libya is already an unacceptable danger through which smugglers earn billions. It's not just crossing the Mediterranean that is dangerous.

Naturally, there are many practical and legal objections to such a radical revision of immigration policy. Maybe it should be at least attempted. Things cannot carry on as the have been until now.

The fortress is the wrong option

Should Europeans, even in the long term, be unwilling to accept and integrate considerably more migrants than they have until now, they must make that clear. Then, migrants who have illegally entered Europe must be rigorously deported and the continent isolated in order to shatter any hopes of reaching it. In that case, too, the number of refugees could possibly decline in the long term. That would be deeply inhumane, and the migrants would possibly turn to other destinations and look for other routes.

Isolation, the true Fortress Europe, would be the wrong direction to take. Only legal immigration without smugglers can be the answer. It should not take another ten years and thousands of deaths.