Italy has ended the sea rescue mission "Mare Nostrum" that saved the lives of more than 100,000 migrants from Africa and the Middle East. Human rights groups are criticizing the move, fearing that death tolls will rise. 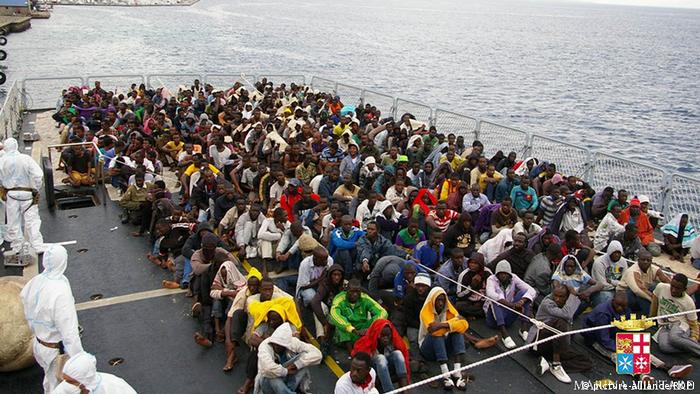 "Mare Nostrum is closing down because it was an emergency operation," Italian Interior Minister Angelino Alfano said on Friday.

He added that Rome would start working with a smaller rescue mission called "Triton," overseen by the European Union border control agency Frontex and slated to begin on Saturday.

Italy, whose economy has faced a severe recession for the last three years, has spent more than 100 million euros ($125,000) to operate its mission "Mare Nostrum" ("Our Sea") over the past year.

The country started the sea rescue mission in 2013, after more than 360 African refugees drowned when their overcrowded boat sank near the Italian island of Lampedusa. The mission subsequently saved the lives of more than 100,000 migrants who traveled to Europe by boat.

Human rights groups warned that the end of the Italian sea rescue mission would lead to more tragedies.

"There is a very high risk that there will be a surge of deaths at sea," said Riccardo Noury, an Italian spokesman for Amnesty International.

"There are no alternative routes to reach Europe, and conflicts are on the rise not only in Syria but also in Iraq and other places. So there will be a greater risk of more sea tragedies without Mare Nostrum," Doctors Without Borders Italy chief Stefano Di Carlo told Reuters news agency.

While the Italian ships involved in the mission reached all across the Mediterranean Sea to the Libyan coast, the new European operation Triton will be limited to the waters within 30 nautical miles from the Italian coast.

The EU said the European mission was not replacing Italy's obligation to rescue ships in distress, adding that Triton was an operation "in support of" Italian efforts.