Opinion: Leaders need to show what Europe stands for 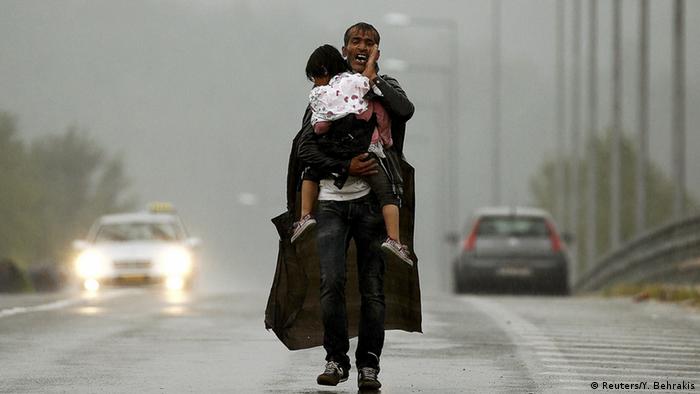 EU interior ministers will come together for an extraordinary meeting on Monday to discuss a European solution to the most serious refugee crisis since World War II. Europe has failed repeatedly to demonstrate courage and responsibility in the face of the region's biggest challenge. If on Europe fails yet again to come up with a united and ambitious response, it will not only be abandoning thousands of innocent civilians to their fate, but it will also be abandoning the core of what Europe stands for.

Approximately 350,000 people are estimated to have tried to reach Europe by sea in the first eight months of 2015, the vast majority fleeing conflict in Syria, Afghanistan, Iraq and Libya or persecution and violence in Eritrea. However, while Syria's neighbors struggle to host around 4 million refugees, EU countries - with a collective population of 500 million - have proudly committed to resettling a mere 22,000 people from outside Europe. At the last meeting of EU interior ministers in July, nations were unable to agree to the European Commission's proposal to relocate 40,000 people Europe's main entry points, Italy and Greece, and insisted that any relocation and resettlement efforts be on a voluntary basis. Since then, only Germany and Sweden have shown a serious commitment to welcoming refugees.

The plan unveiled by European Commission's President Jean-Claude Juncker during his annual address to the European Parliament this past week in Strasbourg foresees the emergency relocation of an additional 120,000 refugees across the EU to respond to the crisis and to relieve states of first arrival. Yet, it is far from clear that even this proposal - which would not even begin to meet UNHCR's assessment of current relocation needs - will be approved by EU interior ministers.

Countries can only agree on security

Several EU countries, in particular Hungary, the Czech Republic, Slovakia and Poland, have voiced strong opposition over the past few weeks to any plan for a permanent emergency relocation scheme. Other EU countries - the United Kingdom, Ireland and Denmark - would be exempt from such a scheme. 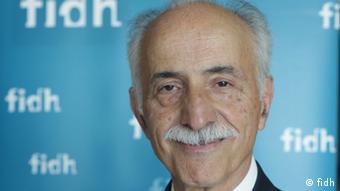 In the face of a human tragedy of unprecedented scale, strengthening border control, stepping up efforts to return those not granted international protection, and enhancing cooperation with countries of origin and transit with the aim of containing irregular migration continue to top the EU agenda. Indeed, the only thing on which EU countries seem to agree is further security - EU border agency Frontex's assets have been increased significantly and an EU military naval operation has been launched to intercept migrant boats at sea.

Other proposals that would further restrict the possibility for asylum-seekers to obtain asylum in Europe are also gathering support. A plan to set up a list of countries of origin the EU considers "safe" in order to swiftly "filter" out entire populations by making them ineligible for asylum, is particularly alarming. Some of the candidate countries for this list, such as Kosovo and Turkey, continue to be plagued by grave and widespread violations of human rights.

As the debate continues and disparities persist among EU countries on the nature and scale of the response, dreadful images and headlines reveal a Europe where, rather than obtaining the protection to which they are entitled, men, women and children fleeing war and persecution are met with more hurdles and hostility. Bodies piling up on Europe's shores, people suffocating on unseaworthy vessels or squeezed into the back of a lorry, makeshift camps where people are forced to linger in inhumane conditions while waiting for their asylum applications to be reviewed or to move on to another EU country have come to symbolize a Europe that seems to have lost sight of itself.

In stark contrast, civil society initiatives have multiplied across Europe, providing a spontaneous response to the challenges that EU governments are not ready to face and further highlighting EU governments' inaction. These initiatives and the people behind them represent another Europe, a Europe that refuses to turn a blind eye to human suffering and its own legal and moral obligations and is ready to act and make up for its leadership's political and moral weaknesses.

At their meeting on Monday, EU interior ministers must dismiss once and for all the piecemeal approach that has characterized its intervention so far and adopt a common strategy, as recommended earlier this week by the UNCHR in its guidelines for dealing with Europe's refugee crisis.

First and foremost, the EU must open up more channels for safe and legal entry into Europe to reduce the numbers of people forced to resort to unscrupulous smugglers and risk their lives at sea for lack of alternative options. These should include granting visas and facilitating family reunification.

Secondly, responsibilities must be shared. All states must participate in a permanent scheme to relocate refugees when numbers increase at Europe's borders and larger resettlement commitments must be made.

The EU asylum system (known as the asylum acquis) must also be effectively implemented and investigations begun into alleged violations. The Dublin regulation, which puts disproportionate responsibility for processing asylum claims on states of first arrival, must be reformed so that responsibilities are based on capacity to absorb rather than merely on location. Asylum-seekers must also be allowed to choose the country in which they want to apply for asylum.

These initiatives should go hand in hand with efforts to establish a real search and rescue operation in the Mediterranean, and to address the refugee crisis' root causes.

It is time for Europe to demonstrate its founding values by recognizing the humanity and dignity of those who embark on perilous journeys and risk their lives to reach Europe by providing a united and effective response to their plea for protection and assistance. It is time for Europe to stand together against those who seek to advance their own anti-democratic and xenophobic agenda, and alongside those who have shown solidarity and opened their doors to refugees. It is time for Europe to show political and moral leadership and reaffirm once and for all what it stands for: democracy, human dignity and above all respect for human rights.

Opinion: Allow a debate on refugees

It's been a long time since Germans have discussed anything as passionately as the question, "How many refugees can we take in?" The media are avoiding the subject. DW's Christoph Hasselbach says that must change. (11.09.2015)

Hungary's PM Orban has announced that border-crossers will be "immediately arrested" starting next week once stricter immigration laws take effect. He also accused migrants of "rebelling" against Hungarian authorities. (11.09.2015)

Bavarian Refugee Council: 'We could have been spared a lot of stress'

The recent refugee influx into Germany has been declared a crisis. But as Stephan Dünnwald of the Bavarian Refugees' Council tells DW, authorities suddenly found that they could cope - by being more flexible. (10.09.2015)