Jafar Panahi's "Taxi" truly deserves the Golden Bear it won at the Berlinale. For DW reporter Jochen Kürten, the film is more than a political statement. It is a human experience which brought him to tears - in a taxi. 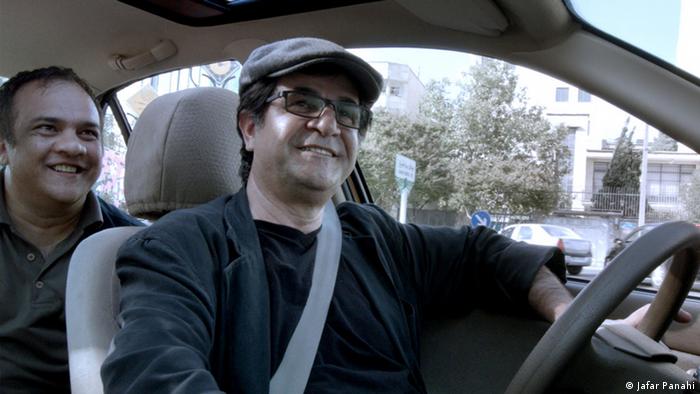 Iranian cinema already has an established tradition of scenes filmed from a moving car. Abbas Kiarostami, who made Iranian cinema famous internationally, has often set his protagonists in cars. The filmgoer could see the world passing by, just like the driver. The camera shared what the actors in the film were seeing, showing cities and landscapes, revealing people and their lifestyle through a series of small vignettes. It made it possible for the viewer to discover the country, driving through it. The film director would share his observations and his thoughts along the ride.

Jafar Panahi applied a similar technique in his new film "Taxi," although this was not completely voluntary. Panahi was banned from making films and travelling abroad. International protests put enough pressure on the courts, so in the end, his prison sentence was stayed. But the travel and work bans will continue to restrict him for several years to come. Two years ago, Panahi's film "Closed Curtain" was shown at the Berlinale and won a Silver Bear for its screenplay.

This time Panahi, however, took the Golden Bear. His film is a tremendously courageous act of resistance against the ban imposed on him by the Iranian authorities. The director plays the taxi driver in his own film, making conversation with his numerous passengers as he drives them through Tehran. Some of these passengers, for instance a female attorney, criticize Iran's democratic abuses very straightforwardly. This is absolutely daring. "Taxi" is a politically committed film.

"Taxi" is truly cinematographic as well. Just like Kiarostami, Panahi understands that cinema is based on movement. Panahi offers a filmic journey through the heart of Tehran. Beyond the form, the content also addresses artistic reflections as well, as the taxi driver and his passengers often talk about cinema. "Taxi" is a clever take on current events.

Art and life meet at the Berlinale 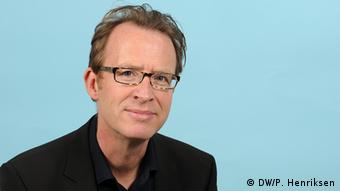 A few days after "Taxi" was shown at the Berlinale, I took a taxi. The driver, an Iranian, asked me what I was doing in Berlin. When I told him I was a journalist covering the film festival, we quickly started talking about Panahi. The taxi driver also happened to write on films and had recently published an article about the film director.

We talked about the director's latest movie. I asked him if he thought the passengers in the film were professional or inexperienced actors, if the scenes were staged or improvised. It turned into a lively discussion. We both agreed that this deeply human film offered wonderful depictions of the people of Iran and engaging reflections on art.

This was one of the most pleasing moments of my Berlinale experience this year. Art and life were suddenly so intertwined. The conversation in the taxi was so intense that we both had tears in our eyes at the end of my ride.

Beyond the political statement and the artistic expression delivered by the film, "Taxi" transmits an incredible feeling of warmth and humanity. Jafar Panahi truly deserves this Golden Bear.

As one of the independent jury prizes at the Berlinale, a documentary about the lives of soldiers in Afghanistan post-NATO has recieved the Amnesty International Film Award. The jury praised the film's "powerful images." (14.02.2015)

"All the Beauty and the Bloodshed," a documentary about photographer Nan Goldin, won the festival's best film award. Cate Blanchett and Colin Farrell were crowned best actors.