A documentary about the lives of soldiers in Afghanistan post-NATO has recieved the Amnesty International Film Award, one of the independent jury prizes at the Berlinale. The jury praised the film's "powerful images." 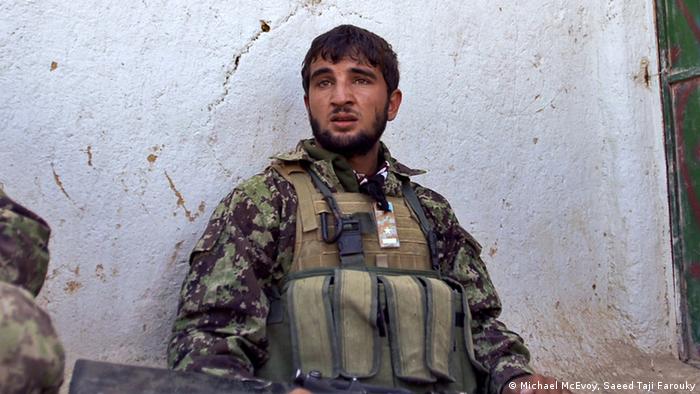 Ahead of the presentation of the Golden and Silver bears on Saturday evening, the independent juries of the Berlin International Film Festival began to present their awards. This includes the Amnesty International Film Award, which, according to the festival's website, seeks to "draw the attention of audiences and representatives of the film industry to the theme of human rights and encourage filmmakers to tackle this topic."

2015's winner was "Tell Spring Not to Come This Year" a British-produced documentary by Saeed Taji Farouky and Michael McEvoy which sees the war in Afghanistan through the eyes of the local soldiers who took over security in the extremely dangerous Helmand Province as NATO forces withdrew from their country.

"'Tell Spring Not to Come This Year" shows a country in which war is more normal than peace. With the help of powerful images and a bold camera, we become part of the young Afghan army which is today left to its own devices," said the jury, which consisted of actress Sibel Kekilli, known to English-language audiences through the HBO series "Game of Thrones," director Marcus Vetter, and Markus Beeko of Amnesty International.

"The film shows men facing a fight that seems to be hopeless," the jury statement continued, "They do it because they are poor, but also and most importantly because they love their home country and they want to protect their people. Trapped between a population weary of the war and the Taliban, they are caught in a situation where anybody can be their potential enemy."

Presented for the 11th time at the Berlin International Film Festival, the prize also comes with a 5,000 euro ($5,695) endowment. Last year's winner was "The Square," a documentary about the 2011 Egyptian revolution, starting from its roots as a protest in Cairo's Tahrir Square.

From Venice to Berlin, Jiang Wen is no stranger to international film festivals. He is one of China's most sought-after directors, but his latest film faces "extremely polarized" criticism from his home country. (13.02.2015)