The dispute over the medieval Guelph Treasure has been taken to a US court after Germany said the Nazis didn't steal it. While DW's Sarah Hofmann says the lawsuit is understandable - the works should remain in Germany. 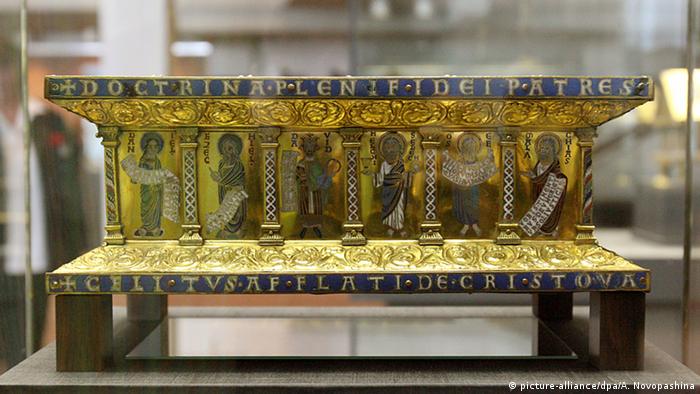 The Guelph Treasure isn't just any medieval relic. It's been dubbed by the Prussian Cultural Heritage Foundation a cultural good of national importance. And in Germany, national heritage is always a touchy issue.

The Guelph family's art collection piqued the interest of the Nazis a while back. It is claimed that Nazi leader Hermann Göring presented the 42 goldsmith works - which are now the focus of a German-American lawsuit - to Adolf Hitler as a personal gift.

But could it ever really have been Göring's to give? The heirs to the Jewish art dealers who sold the Guelph collection to the Nazi government in 1935 claim the sale was forced and have taken their case to a court in Washington, DC after pursuing it in Germany last year.

Last spring, the 1935 sale was deemed "normal business" by the Prussian Cultural Heritage Foundation and the Limbach Commission, a German organization which is tasked with resolving Nazi-era art looting cases and chaired by the president of the Federal Constitutional Court. 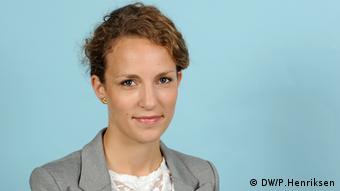 The two bodies ruled that the consortium of art dealers was not coerced into handing over the artwork due to their Jewish background and that the collection did not have to be returned to the sellers' heirs.

The German organizations may now be astonished that the heirs have continued to pursue their case. But since the Cornelius Gurlitt case, Germany has demonstrated a great amount of effort to resolve cases of Nazi-looted art. Even smaller museums have been willing to provide expertise and resources to identify stolen works and come to an agreement with the heirs of their original Jewish owners.

Considering the recent mood in Germany regarding Nazi-era art deals, the latest Guelph lawsuit is not surprising. The moral argument remains: Could a Jewish art dealer truly sell anything for a fair price in 1935? That was the year the anti-Semitic Nuremberg Laws went into effect, stripping Jewish citizens of their humanity, prohibiting inter-marriage with Germans and legally paving the way for concentration camps.

It's understandable that the plaintiff's attorneys have argued that every sale by a Jew after 1933 was conducted under coercion. And against the background of the Nuremberg Laws, it's absurd that the original owners and their heirs have been required to provide detailed proof of coercion for each peace of art or real estate they possessed in the 70 years since the end of World War II.

How should people who - in contrast to the six million European Jews murdered by the Nazis - just barely managed to survive be able to produce such painstakingly kept documents?

Ethics versus the law

Yet if every disputed artwork were to be returned without properly exploring its provenance, that may be a strong gesture of reconciliation, but would not be in line with the meticulous accuracy required by the law. Each case must be examined. 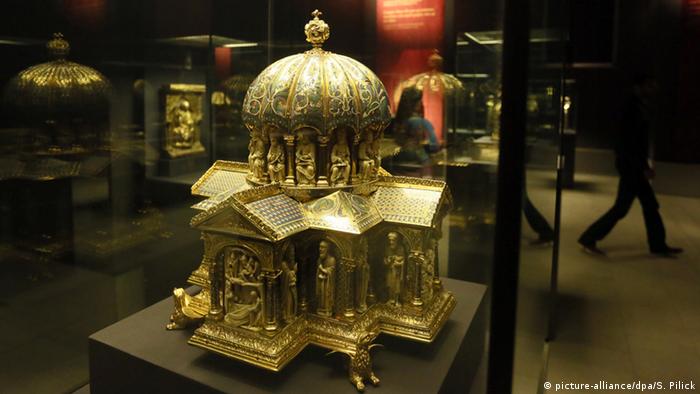 The Guelph Treasure is currently kept in Berlin

The Guelph Treasure case is unique among restitution claims. The art dealers had tried to sell the artworks in the United States before offering them to the Nazis, but weren't able to get the price they wanted.

That the Limbach Commission, made up of independent experts, determined that the price paid by the Nazis - 4.25 million Reichsmarks - was a fair sum at the time, this isn't to be taken lightly. The Commission has a record of consistently deciding in favor of Jewish heirs in similar cases and they cannot be accused of shying away from the possibility of restitution.

Collection should remain in Germany

But now Germany has to try to avoid an escalation with the consortium's heirs and reach a fair solution - hopefully before a court case is opened, which apparently hasn't happened yet. According to information acquired by DW, the Washington court has not yet considered the claim.

The aim of the negotiations should be to keep the Guelph Treasure in Germany - with the agreement of the heirs. Selling the collection on the free international art market could mean it would be broken up and scattered around the world.

That would be scandalous - not only because it's a national treasure in Germany, but because the treasure tells a huge piece of German history that spans from the Middle Ages to the Holocaust. It tells the story of Jewish Germans who were expelled from their home - and this part of the national treasures should be told in Germany's museums.

Correction from December 8, 2020: This article states that the collection may have been a gift from Hermann Göring to Adolf Hitler. It should now be noted that the claimants' information comes from a 1935 Baltimore newspaper; extensive scholarly research has rather found that the relics were acquired for the Prussian State collection. We apologize for the errors.