Opinion: Germany has come to grips with COVID at last

The German government and federal states have agreed a host of stricter coronavirus measures, proving there is no need for a top-down approach. This heralds a new political culture, says Marcel Fürstenau. 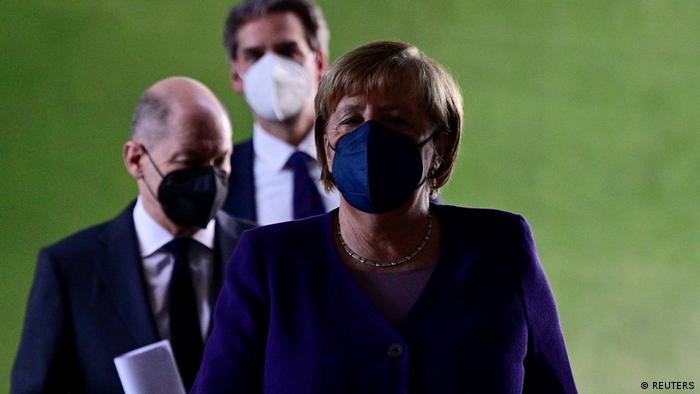 It's often said that facing facts is the first step to recovery. But this reckoning with reality should have come sooner in Germany amid the dramatic fight against the coronavirus pandemic, particularly in the country's intensive care units. And it would have already been possible, as the recent spike in coronavirus infections and mortality figures feels like a deja vu — Germany already experienced a very similar surge around a year ago.

Unfortunately, before now, the German government has never been able to agree on a nationwide, long-term approach for containing the pandemic with the 16 state premiers, despite the constant warnings of now outgoing Chancellor Angela Merkel. That's why Merkel used her parliamentary majority to push through the controversial "emergency brake" act in the spring. While this was a logical step from Merkel's perspective, it did not speak well for the country's political culture.

No curfews, no school closures

Fortunately, now, leaders from across the political spectrum and from all corners of Germany are seeing eye to eye about the gravity of the situation. And there is more good news. The latest coronavirus measures, agreed by all, do not include nationwide lockdowns, curfews and school closures.

Nobody can say with certainty whether these latter measures, which were in the past imposed by the central government, were actually effective. They surely helped stabilize the epidemiological situation. But nobody can gauge their long-term impact on society, public health and the culture industry in Germany. Responsible and farsighted lawmakers should always take these aspects into account as well.

How is omicron affecting travelers?

Not long ago, Germany's Constitutional Court ruled that the curfews and school closures under the "emergency brake" were lawful. However, it also said the measures were constitutional only in light of the pandemic threat level at the time and given how little was known about the virus.

Today, we face a slightly different situation, meaning rigorous lockdowns will be much more unlikely. Over recent months, medical experts and scientists — and politicians, too — have gained far greater insight into COVID. Indeed, society as a whole has learned much and continues to do so. An important part of this learning process is politicians taking necessary but measured steps to contain the pandemic.

These include granting certain liberties to enlightened citizens who have shown solidarity with others through their prudence. That is why the vaccinated may still visit theaters, football stadiums, attend private parties and much else, albeit with some restrictions in place.

Conversely, those who still stubbornly refuse, out of principle, to get vaccinated even though they could be are finding their liberties increasingly curtailed. This is not some kind of punishment inflicted on them by politicians, but a consequence of putting into practice the maxim that liberty always entails behaving responsibly. Angela Merkel's designated successor, Olaf Scholz, put it aptly when he said, "A great national effort and solidarity are needed."

This sentence encapsulates the essence of the new political culture that has arisen in the fight against COVID. While it or similar phrases have often been heard in recent months, they were too often said in a lifeless manner. If it is now becoming the principle sturdily underpinning German politics and society, Germany can once again be cautiously optimistic about the future.

Yet despite this new and pleasing sense of unity, we also know that this grim virus will, alas, be with us for quite some time to come.

Ukraine: Ex-leader Poroshenko to return amid treason charges 2h ago