"There's no relief for me that I live in Germany," writes DW's Chiponda Chimbelu, as he reflects on the European reaction to the killing of George Floyd. It's a moment for Europe to reflect on its own racism, he adds. 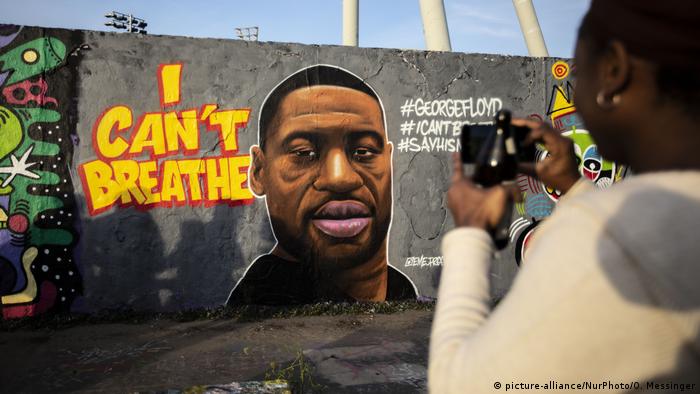 The killing of George Floyd is probably the only time several friends and acquaintances have written me about a racist killing. Some are sharing how they feel, and others wrote to say they are there for me. One message especially stuck out.

"Are you actually happy not to live in the USA at the moment?" a German friend wrote on WhatsApp. "The recent events are unfortunately very sad," he added.

It took me about a whole day to respond.

There's no relief for me that I live in Germany. I'm upset, and I'm frustrated. For years, black men and women have been murdered and killed, in the US and Europe, even by the police, just because they are black. For us, George Floyd's killing is a reminder that racist violence sometimes results in death.

Anti-black racism pervasive in the West

The protests across US cities, and now even in some European capitals, are really about the frustration and desperation that blacks feel in the face of institutional and structural racism. We shouldn't kid ourselves into thinking this is solely an American problem. Anti-black racism is pervasive in the Western world. 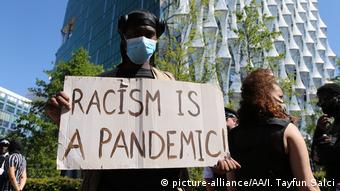 In 2011 protests took place in London after Mark Duggan, a black man, was shot and killed by the police. Across the channel in France, major protests and riots ensued following the 2005 deaths of Bouna Traore and Zyed Benna, two teenagers who were electrocuted in an electrical substation while trying to evade the police. The same year, Oury Jalloh, a Sierra Leonean asylum-seeker, died in a fire in a police cell in Dessau, Germany.

It may be easy for some Europeans to look at the incidents in the US and say that doesn't happen here, but black Europeans do not have that luxury. For them, racism is very much alive in Europe, despite the fact that violence at the hands of police may not appear as rampant in the news. That's one reason George Floyd's killing has triggered widespread protests beyond the US; events there open old wounds here.

Western societies' perceptions of what it means to be black do not differ significantly. Their ideas are largely dominated by a few historical events: slavery and colonialism.

In Afropean: Notes from Black Europe, British writer Johny Pitts says the trans-Atlantic slave trade has played a major role in shaping how race is seen in the West. "[It] still informs and underpins, even if on a subconscious level, the hierarchies in Western civilization and throughout the world," he writes.

Unfortunately, the narratives in the media and school curriculums have done very little to transform how people see race. 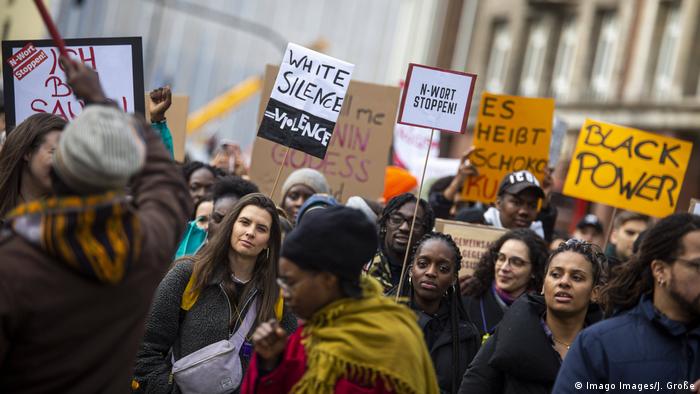 Initiatives across Germany, such as this march in Hamburg have called attention to everyday racist discourse, often a legacy of colonialism

Europe must recognize its everyday racism

For me, my friend's message asking about whether I was happy to be in Germany was clearly dismissive of the everyday racism in this country. In 2017 black people were identified in Germany's National Action Plan Against Racism ("Nationaler Aktionsplan gegen Rassismus") as one of the five groups of people more at risk of experiencing racism. But that only came after years of pressure from the UN Committee on the Elimination of Racial Discrimination, which repeatedly said that Berlin wasn't doing enough to fight discrimination.

Germany isn't alone in Europe. The lack of awareness and public consciousness about racism on the continent is striking. And it is difficult to get a clear sense of just how racial discrimination impacts people of color on the continent because such data isn't collected, with the exception of in the UK.

The ongoing protests in the US provide neither the time, nor the place for Europeans to say that the situation here is better — just look at Greece and how it's been dealing with refugees.

People of color, especially blacks and Africans, often suffer at the hands of the authorities and society as a whole. Most recently, the European Network Against Racism has said that racial profiling and police violence on the continent during the ongoing COVID-19 pandemic is disproportionately affecting ethnic minority communities.

The killing of George Floyd is another reminder of institutional and structural racism — something that Aminate Toure, a rising star of African origin in German politics, pointed to in a recent op-ed for Bento magazine.

"Maybe you shouldn't get the idea to tell someone to be glad just because they aren't being shot at," she writes.

Just because we aren't reading about deaths doesn't mean that racism isn't a problem in Europe as well. There's no race to the bottom when it comes to any form of injustice. We can best show our solidarity by naming George Floyd and discussing racial injustices and how they affect people's lives in our own societies, so that we can prevent them.

Nicaragua cuts diplomatic ties with Netherlands, refuses entry to US envoy 17m ago

Brazil election: What you need to know 28m ago