There's much to discuss at the G7 summit in Japan, as worldwide crises mount and tensions with Russia and China heighten. DW's Michaela Küfner says the leaders are going to have to do more than just smile for the camera. 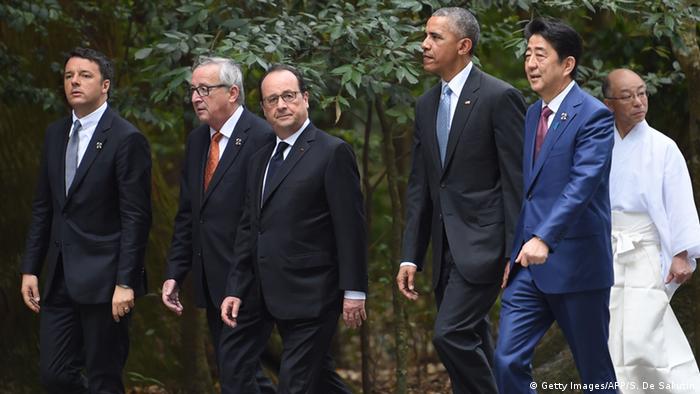 There is no doubt that US President Barack Obama is the undisputed star of this year's G7 meeting. The announcement that he was to visit Hiroshima afterwards quickly stole the G7's increasingly muffled thunder. Obama arrived in Japan on Wednesday with the firm knowledge that he was about to make history simply by walking up to a podium in Hiroshima - an act that will make him the first sitting president to come to the city devastated by the first atomic bomb dropped by America in 1945. He has made it clear that he will not apologize, but whatever he says is sure to make the next edition of American and Japanese history books. Not bad for a lame duck president.

But no matter how firmly Obama has his eyes set on building his own legacy, he will have to choose his words carefully so as not to upset his audience back home. There, Hillary Clinton will be listening very closely. The last thing the leading - but increasingly unpopular - frontrunner for the Democratic nomination needs right now is a historical argument about potential American guilt in WWII.

Here in Japan, Obama's well-choreographed historic act quickly reduced the G7 gathering to a mere prelude of his Hiroshima visit, which takes place on Friday. Foreign correspondents have been frantically redeployed. But seven of the world's most powerful leaders won't be playing before an empty house - particularly when they are raising some of the most pressing issues of our time: the malaise with the global economy, sealing free trade deals, combating terrorism, the crises in Syria, Ukraine, Libya and North Korea, the constant tension over territories with China in the East and South China Sea, along with the crises that will make the headlines of the future, like global drug resistance. So it's not that G7 leaders aren't tackling these issues, it's that they never seem to solve any of them.

The bloc of industrialized nations has come a long way since it started as an emergency gathering over the collapse of the Bretton-Woods fixed currency exchange rate mechanism. Historians will testify that the G6 were useful in finding a way out of problems.

This year's meeting can be seen as something of a crisis meeting over the current state of the world economy, on a par with the hot and cold conflicts to be discussed. All of the leaders at the table, including the International Monetary Fund's Director Christine Lagarde and the World Bank's president, Jim Yong Kim, know that the current relative calm won't last. Global growth is down, even the former power-house China is struggling. And yet G7 leaders are acting like doctors insisting on contradicting treatments for a patient they know is getting increasingly unstable. 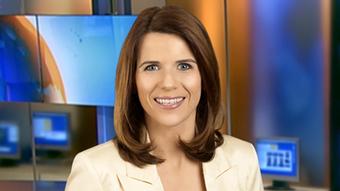 Japan's prime minister, Shinzo Abe, would like to continue his remedy of monetary easing, government spending and structural reforms, despite the fact that his "Abenomics" have so far failed to deliver sustainable growth. All it takes, he argues, is more time and a fresh cash injection into the global economy.

At last week's meeting of the G7 finance ministers, Germany's Wolfgang Schäuble left no doubt about his view of this kind of solution: He flatly rejected such stimulation of the economy with borrowed money as "setting straw on fire." The fact that the group failed to publish a final statement is a telling sign of how little common ground there is.

The best hope is that national governments will agree on ways to at least coordinate, so national actions don't erase measures taken by other countries. If the G7 can agree on avoiding protectionism, it will be a success.

Clearly they have had to lower the bar since their grand premiere over Bretton Woods.

The Thing about the elephants

G7 leaders like talking about the shared values of the group. Freedom, democracy and the rule of law bind them together, they argue. But those are also the very values currently at stake in Ukraine and the South China Sea. China's blatant violation of international maritime law by reclaiming land and building up coral reefs into military outposts simply doesn't match its recent lip-service diplomacy. While making conciliatory noises, Beijing is also pushing for bilateral negotiations over disputed territories rather than having international courts meddling in its business.

The G7 foreign ministers' statement - which called for an end to "any coercive or provocative unilateral actions that could alter the status quo and increase tensions" - angered Beijing, despite the fact that G7 leaders carefully avoided naming the "C" country in their statement. Just another glimpse of what it might mean when China starts throwing its weight around.

Russia is the other elephant in the room that will certainly be talked about rather than brought into the discussion. Moscow, too, was long-committed to respecting the territorial integrity of Europe. Its actions in Crimea and eastern Ukraine, however, proved that those were just words, and almost led to its own eviction from the group of industrialized nations.

And still, G7 or not, the bloc's leaders know they have to talk to both China and Russia if they want to make headway on the most critical crises of our time - the very crises which are also responsible for the historically high number of refugees worldwide. Sanctions against Russia are beginning to bite. And the support for them, which is still strong, can't be taken for granted for much longer.

That leaves G7 leaders with the tall order of standing up for their joint values, without being able to claim that much common ground on key issues. This year sees more of them troubled at home than usual. German Chancellor Angela Merkel is under pressure over her open arms policy toward refugees. David Cameron is right in the middle of a fight over the future of Britain and his political survival over the Brexit vote on June 23. And French President Francois Hollande faces protests over his labor market reforms against the backdrop of a rising right-wing National Front.

This troubled family will have to deliver more than a smile on the family photo to convince the world that its joint values wield real political power.

Differences over fiscal policy and reforms dominate the agenda of a G7 finance ministers meeting, with a "go-your-own-way" response to weak global growth being the likely result of the two-day gathering in Japan. (20.05.2016)

Taking place on the Japanese island Ise-Shima, the G7 summit will likely focus on the region's tense maritime standoff. But a solution to the many conflicts involved is distant - and will require a lot of untangling. (25.05.2016)

Opinion: On trans rights, journalists must stand with the facts 12h ago