US veterans wary of Obama′s upcoming Hiroshima visit | Asia| An in-depth look at news from across the continent | DW | 12.05.2016

Former US service personnel and prisoners of war fear their sacrifices are being forgotten and that the US president's trip is likely to feed Japan's nationalist factions. Julian Ryall reports. 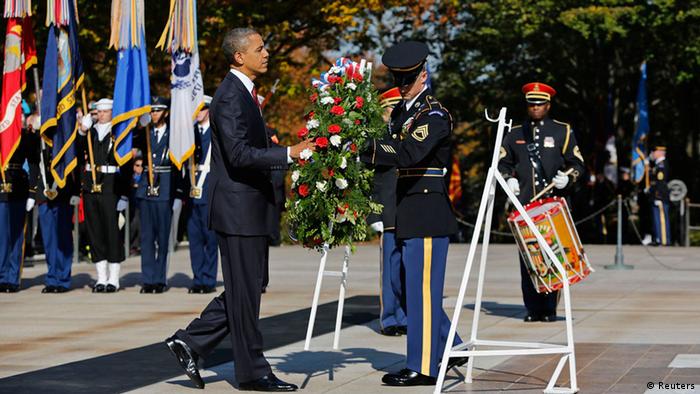 US veterans of World War II and their supporters have reacted warily to the announcement that President Obama will pay his respects at the cenotaph to the victims of the atomic bombing of the Japanese city of Hiroshima later this month.

While they say it is appropriate that the president should mark the loss of life caused by the first nuclear attack in history, they are angry that US military personnel who served in the Asia-Pacific theater during the conflict - including thousands who were abused appallingly as prisoners of war (POWs) - are being "forgotten."

The White House announced on May 10 that Obama will travel to Hiroshima on May 27 after taking part in the meeting of leaders of the Group of Seven nations at Ise-Shima. It will be the first visit by a serving US president to Hiroshima.

Shinzo Abe, the Japanese prime minister, will accompany Obama as he pays tribute to the estimated 140,000 victims of the attack in August 1945.

Abe dodged a question from a reporter about whether the president would issue an apology, saying, "Going to the city hit by an atomic bomb is a significant decision."

The White House was swift to make it clear that Obama will not be making an apology and that his visit should not be interpreted as one. The message, the administration insists, should be forward-looking.

Veterans agree that is an important message, but ask why their sacrifices are not being remembered. 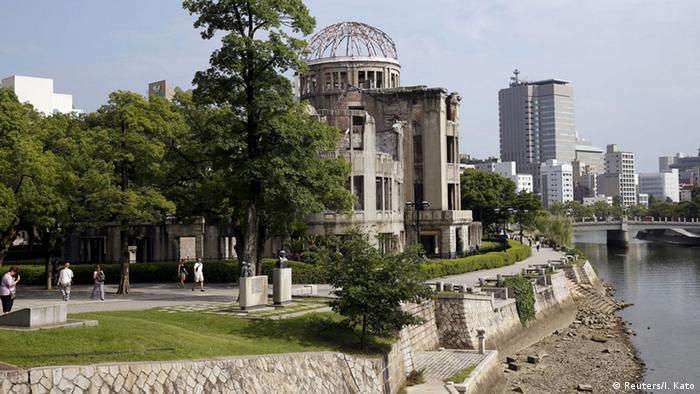 "I was expecting an announcement that he would go because he has probably had it on his radar since he received the Nobel Prize during his first term," said Jan Thompson, president of the American Defenders of Bataan and Corregidor Memorial Society and the daughter of a US sailor held in the Philippines and later transported to Mukden in northern China.

The decision to visit Hiroshima may have been influenced in part by "a number of rogue states, such as North Korea," Thompson told DW. "But he is also looking to his legacy as his presidency winds down."

Barack Obama will later this month become the first sitting US president to visit Hiroshima, the site of the world's first nuclear bombing. An apology is not expected, but is long overdue, writes DW's Alexander Freund. (11.05.2016)

Obama to visit Hiroshima on Japan trip in late May

US President Barack Obama has decided, after some delay, to visit Hiroshima on his trip to Asia later this month. He will be the first US president to visit the city since its annihilation by a US atomic bomb in 1945. (10.05.2016)

Thompson wrote to Obama in April asking the president to "forego a trip to Hiroshima until you can first make an equally poignant memorialization of the Americans who perished in Japan.

"Specifically, my members, who are former POWs of Japan, their families and historians, want to see you break ground for a memorial to the American POWs at the port of entry and slavery into Japan, the dock at Moji on Kyushu."

The port was the destination for dozens of "hell ships" that transported POWs captured in Southeast Asia and set to work as laborers in mines, factories, foundries and dockyards.

The likelihood of Obama visiting Hiroshima increased after US Secretary of State John Kerry visited the memorial in April. Kerry described the displays in the museum as "gut-wrenching."

In an open letter in The Weekly Standard magazine, former POW Lester Tenney said he hoped the secretary of state "remembered why there was a Hiroshima and a Nagasaki" during his visit.

Tenney - who served as a tank commander in the defense of Bataan in the Philippines until ordered to surrender on April 9, 1942 - later survived the Bataan Death March. Of the 80,000 American and Filipino prisoners who set out on the 85-kilometer march to prison camps, approximately 10,000 died.

"The first American I saw killed directly by the Japanese was on the second day of the Death March," Tenney said. "He had fallen to the ground and tried to explain that he was too sick to continue. The guards responded by bayoneting and shooting him in the chest.

"But the worst that day was watching my first American beheaded - you convulse as you throw up with your stomach muscles tightening so that you think you will never again breathe."

Thompson said commemorating the dead of Hiroshima while ignoring men "who made sacrifices for our country" is hard to accept for many veterans. 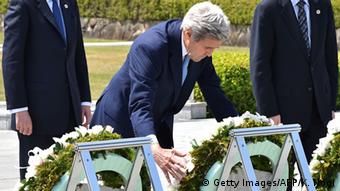 US Secretary of State John Kerry at the Hiroshima Memorial on April 11, 2016

"The veterans I have spoken to are not against him going to Hiroshima," she said. "But they are very concerned that they are being forgotten."

Mindy Kotler, who heads the think tank Asia Policy Point, fears that Japan could use Obama's visit to promote its own creeping nationalism and efforts to rewrite history.

"I worry that the president's visit to Hiroshima is merely self-serving; Hiroshima as theater for Obama's personal legacy, one devoid of the context of World War II for the US, which Japan started in 1941," she said.

"The issue of apology is a red herring," she insists. "It is being used to deflect attention from what is really being missed by the Obama visit, which is the history of the Asia-Pacific war itself.

"I fear the only winner from this visit will be the 'deniers' in the Abe administration," she added. "Obama's visit to Japan will allow Abe to keep and nurture his afactual understanding of the war.

And the fear is that the president's visit will permit "a dangerous historical amnesia for the war in Japan to continue in certain circles," she said. 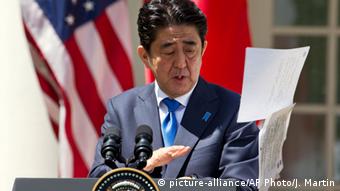 Kotler was pointing at organizations such as The Society for the Dissemination of Historical Fact which, for example, insists that China triggered the Sino-Japanese war in August 1937, denies there was a massacre of civilians in Nanking four months later, claims the United States provoked Japan's attack on Pearl Harbor in 1941 and refuses to accept that Japanese troops used chemical, biological or bacteoriological weapons against civilians in China.

Meanwhile, there have been reports in the Japanese media hinting that Prime Minister Abe may visit Pearl Harbor in November.

Should he go ahead with that visit on the anniversary of the attack that dragged the US into the conflict, the Japanese leader is likely to face similar criticism as Obama is presently experiencing from sections of his domestic audience.