The political folly of one man may cast the entire European Union into crisis. There will have to be consequences, says Alexander Kudascheff. 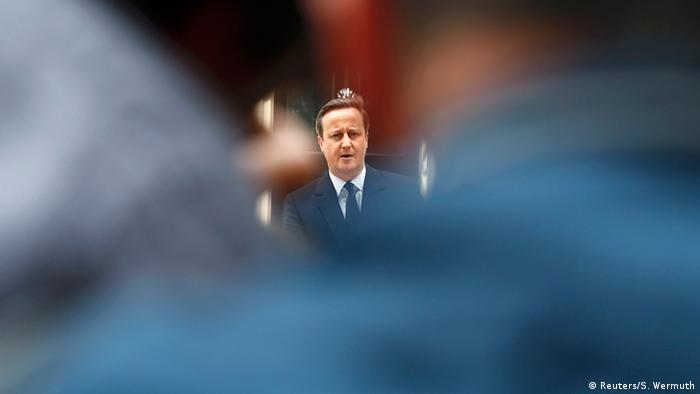 The whole of Europe is watching: hoping that Britain's referendum on its future in the EU goes off without a hitch and that they remain in the Union.

The whole of Europe? Of course not. The opponents, the skeptics and the enemies of the club are hoping for a "leave" vote. For if Britain divorces itself from Europe, it will, of course, have a signal impact: for Euroskeptic governments, but especially for anti-EU parties like France's National Front and Geert Wilders' Freedom Party in the Netherlands.

In this instance, one must remember: In these countries - both founding members of the EEC - referendums were used to reject the first draft of the EU Constitution. And it is quite likely that both parties might attempt to use referendums in their respective countries to force the question of EU membership. The outcome would be anything but certain.

Reform in the EU desperately needed

So: Most of Europe is hoping. More precisely: the more reasonably minded Europe. Nevertheless, this part of Europe knows: Even if the United Kingdom continues to be an EU member, reform is sorely needed. The first reaction to a British "remain" will be a giant sigh of relief. But then the EU will have to begin gathering its thoughts on how the deep mistrust of "Brussels" can be overcome. The sense and purpose of Europe must be made clear once again.

The sentiment that the European political class acts as a detached elite can no longer be brushed off with empty phrases like "what we need now is more Europe." Justified criticism of problems in the EU and Brussels – in the Commission, Parliament and Council – must be seriously addressed. The EU needs a reform, and it must restore a feeling of belonging among its people.

There are many objective and economic arguments for why Britain is better off in the EU. And there are many objective and economic arguments for why the EU is better off with Britain as a member. Without each other, neither Britain nor the EU can play much more than supporting roles on the global political stage. Without the influence of the British, the Union would undoubtedly be less pragmatic, less liberal, less open to the world and less believing in markets. And if it were to leave, Germany would lose its most important partner when it comes to defining the EU as more than just a cash distribution machine.

However the referendum turns out – one thing is already clear: British Prime Minister David Cameron asked for and chose to stage this dangerous referendum for purely inner-party reasons, namely to quiet Tory Euroskeptics.

In doing so, he has plunged the EU into a fateful crisis. Ironically, he has also summoned exactly those Euroskeptic spirits that he had sought to rid himself of. He has hung the fate of his country and that of the EU on a senseless and utterly unnecessary referendum. And even if the British vote in the pragmatic and reasonable manner that so many hope they will: Cameron has opened a divide in his own country. He has also burdened the EU's foundations to the point of collapse.

For that reason alone, the decision to hold the referendum was pure political folly. And the extremely over-emotional course of events of the past several weeks – the dark climax of which was the murder of British Labour MP Jo Cox – have only served to underline the fact that such complex issues are matters better dealt with by parliaments, and not referendums.

Jo Cox died because of her political views, the husband of the murdered British MP has said. Brendan Cox said he was "deeply troubled" by the tone of the Leave campaign before Thursday's vote on the UK's EU membership. (22.06.2016)

A UK move to leave the EU would be 'irreversible,' French President Francois Hollande said ahead of the vote. Separately, EU Commission chief Jean-Claude Juncker said there would be no new deals on the UK's status. (22.06.2016)

Brazil: Senate calls for Bolsonaro to be charged over COVID response 5h ago

Opinion: Navalny's struggle goes beyond an anti-corruption crusade 3h ago