Opinion: EU immigration policy is grist to the far-right mill

A final attempt by EU interior ministers to find agreement on a common immigration policy ahead of European parliamentary elections has collapsed. And that is just what some wanted, says DW's Bernd Riegert. 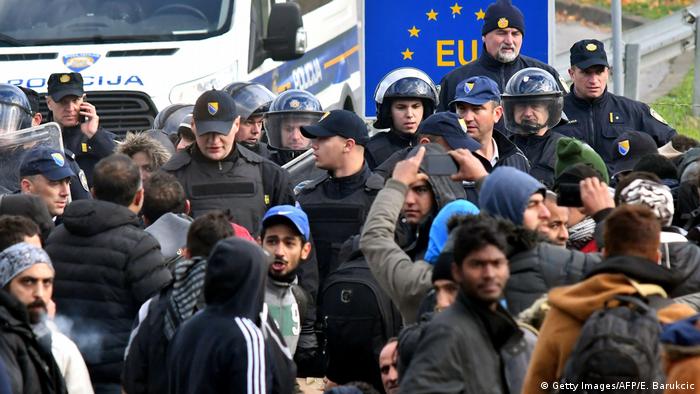 Seven different EU immigration policy reform bills have been on the table for the last three years. And for three years, the bloc's interior ministers have been fighting over them. They have been unable to come to an agreement, and they end each negotiation with the same lament: Something has to happen. Yet, nothing ever does.

The old Dublin Regulation, which stipulates that the country of first arrival is responsible for an immigrant, is still the law. Although almost all of the EU's 28 interior ministers agree that the rule no longer works —  although they give very different reasons for why they think this is — they have yet to come up with a better solution.

A joint immigration and asylum policy that is somehow carried by all has failed to materialize.

Italy and Greece insist that new arrivals be distributed across the bloc. Hungary and Poland don't want to take anyone. France and Germany see the countries of first arrival as bearing responsibility.

Now, at the last meeting of interior ministers before May's European parliamentary elections, national representatives have officially admitted that they cannot come to an agreement. And with that admission, they are giving right-wing populists highly welcome campaign ammunition.

These will happily exploit the emotionally charged topic of immigration when making their plea to voters, as well as pillorying the EU's inability to find a solution to this so-called crisis ahead of the May ballot. Italy's radical right-wing interior minister, Matteo Salvini, will use that inability to justify closing Italian ports to refugees rescued at sea.

Hungarian Prime Minister Viktor Orban will use the collapse of negotiations to prop up his abstruse theory that Brussels seeks to flood his country with Muslims to "replace the people."

Far-right parties across Europe, from the AfD in Germany and the FPÖ in Austria to the EKRE in Estonia, will no doubt spew similar nonsense.

German Interior Minister Horst Seehofer (CSU), who last year used immigration policy to instigate a coalition crisis in Berlin and promised to deliver a European solution to the issue, also went down in flames — having achieved absolutely nothing.

His immigrant repatriation agreement with the populist government in Italy has yet to come about  in fact, the opposite is now the case. Contrary to Germany's wishes, Italy is threatening to put an end to Operation Sophia, the EU's naval rescue mission in the Mediterranean. And despite having happily shaken hands with far-right radical Salvini over a done deal in June, there is not a thing Seehofer can do about it. 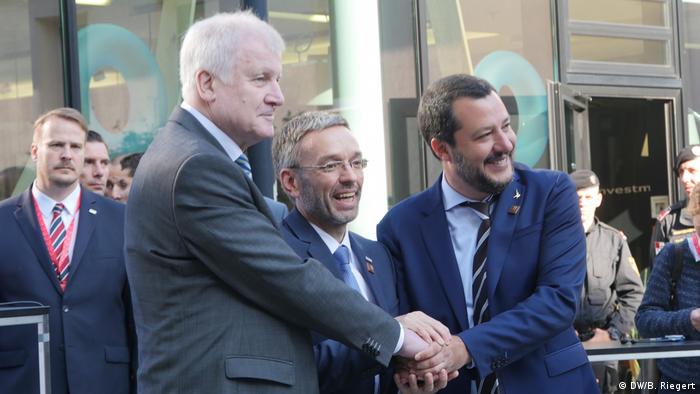 Seehofer and Salvini in 2018: handshake, but no real progress

Now it will be easy to make the case for closing oneself off entirely, for borders, higher fences, and walls. The utterly divided EU has nothing to offer on immigration policy. The migration crisis that the right is always talking about does not exist at the moment; the number of arrivals to Europe has dropped dramatically.

But the EU is woefully unprepared for another rush like that of 2015. Europeans are not prepared for the next civil war, the next famine, or for immigrants fleeing their homes due to climate change. It is a scandal that this is the case just 11 weeks before European parliamentary elections. And it should surprise no one if the populists and anti-EU parties gain seats.

The real test, however, will come at the end of the year, when the EU negotiates the distribution of grant money for the next decade. Will states that take more immigrants get more money? Will those that take none be penalized by receiving less? The showdown has the potential to paralyze the EU, or even worse, destroy it entirely.

Coronavirus: US reports first case of omicron variant 34m ago