In the run-up to the German elections, Turkish-German chatrooms, internet forums and social media are circulating advice on how to vote. Some of their recommendations amount to a call for a boycott, says Elmas Topcu. 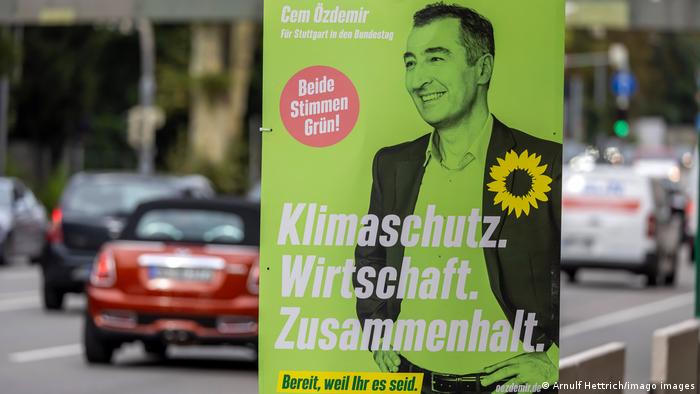 Some of the advice circulating online is that the center-right bloc made up of the Christian Democratic Union (CDU) and its Bavarian sister party, the Christian Social Union (CSU), is particularly unelectable, because of its policy on Islam. The CDU/CSU, some of the social media posts claim, effectively ruled itself out when Interior Minister Horst Seehofer of the CSU stated in 2018 that Islam did not "belong to" Germany.

German-Turkish voters are also advised that the CDU/CSU's coalition partner, the center-left Social Democrats (SPD), are not an option because they sympathize with members of the Turkish opposition or the Gülen movement which Erdogan blames for the failed 2016 coup attempt .

The Greens, the party of Cem Özdemir, a so-called enemy of Turkey, and the Left Party, which includes Sevim Dagdelen, an alleged supporter of the Kurdistan Workers' Party (PKK) which has been designated as a terrorist group by Turkey, the United States and the EU, are also definitely out of the question, according to the comments on social media. And while the posts comment that the business-friendly Free Democrats, who may end up in the next government, have not expressed any hatred of Turkey or Islam in recent years, they also say the party isn't pro-Turkey.

Basically, the advice is that none of these parties can be voted for, which sounds almost like a call for an election boycott. 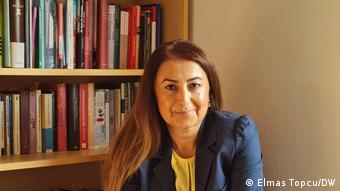 Similar views were expressed before the 2017 federal election. Back then, they came directly from the office of the Turkish President Recep Tayyip Erdogan. He called on eligible German voters of Turkish origin not to vote for the CDU/CSU, the SPD, or the Greens, saying that they were all enemies of Turkey.

Organizations close to his party, the AKP, then mobilized on behalf of the "Alliance of German Democrats," a micro-party founded by German Turks the previous year. It only stood in the state of North Rhine-Westphalia, where it won 12% of the German-Turkish vote. This constituted 0.4% of votes in that state, or just 0.1% nationally. There is no party with Turkish roots standing for election in 2021. Nonetheless, the AKP lobby is trying to interfere — given that the election has turned into a neck-and-neck race between the CDU/CSU and the SPD.

In the early stages of the campaign, Erdogan supporters looked around and found what they were seeking: "Team Todenhöfer — The Justice Party," founded by the controversial former CDU politician Jürgen Todenhöfer. Now 80-years old, Todenhöfer has presented himself for years as someone who understands Islam, and many young people of Turkish origin have been campaigning for his "Team" since this spring.

The pro-Ankara migrant party "Alliance for Innovation and Justice" [Bündnis für Innovation und Gerechtigkeit, BIG], which is not running in the German election, has also recommended that people should vote for "Team Todenhöfer."

The German program of the Turkish state television channel TRT also regularly broadcasts reports on the German election. However, Team Todenhöfer is the only party it presents in a positive light. Recently, TRT even claimed it could potentially win 9% of the vote based on the results of a single survey conducted by INSA, a family-run pollster. And Todenhöfer has, after all, found a prominent German-Turkish supporter in the footballer Mesut Özil, the former national team player who caused a stir in 2018 after meeting and posing for pictures with Erdogan.

The AKP lobby in Germany has been trying for years to sound out its voting potential by way of small parties and broaden it. It aims to use this as the basis of a long-term strategy to try and influence German elections at the federal, state and local level and European elections.

The principal goal, however, is to prevent the election of purported "enemies of Turkey," particularly the Greens and the Left.

Not a homogeneous demographic

It is not clear how many voters are receptive to this propaganda. All we know for sure is that around 1.5% of all eligible voters in Germany — around 900,000 people — are of Turkish origin. They are not, however, a homogeneous demographic; they are as alike, or as varied, as voters in a majority society.

According to a study by the universities of Duisburg-Essen and Cologne, 35% of Turkish Germans who voted in 2017 supported the SPD, 20% voted for the CDU/CSU, 16% for the Left Party, 13% for the Greens, and 4% for the FDP.

It is especially interesting to see how Erdogan fares among the Turkish-German electorate as a whole. On a scale of -5 to +5, he is rated very negatively, at -2.5.

Critics of Erdogan under threat in Germany

Sudan: Thousands call for dissolution of transitional government 9h ago

Opinion: Could other countries follow Czech example? 11h ago