Opinion: Erdogan is on course to self-destruct | World | Breaking news and perspectives from around the globe | DW | 28.12.2013

Power is slipping fast from the hands of Turkish Prime Minister Recep Tayyip Erdogan. But the possible alternatives for the country don't bode well either, writes DW's Baha Gungor. 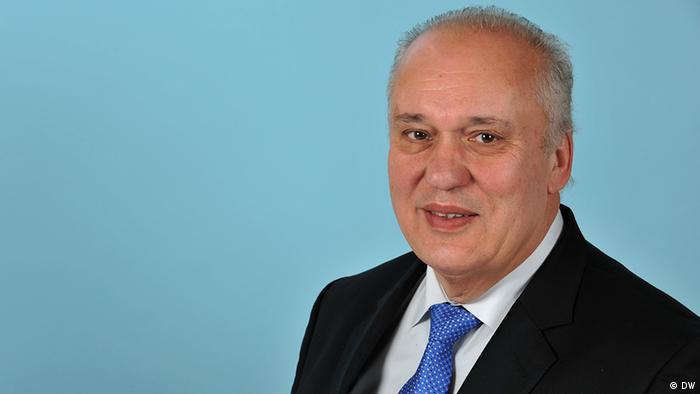 Turkish Prime Minister Recep Tayyip Erdogan surely imagined his administration in a very different place by the year's end. However, instead of enviable economic growth, a steady currency and increasing significance for his country as a regional power, Erdogan now seems to stand before the question not of whether he and his cabinet need to resign, but when he'll be ready to take the plunge.

The head of the Islamist and conservative Justice and Development Party (AKP) has long enjoyed the support of a comfortable majority in parliament. Since Erdogan's first election victory in 2002, he has largely been able to lead the country as he pleased with few hurdles and no serious political opposition.

But Erdogan has made the same mistakes as many autocrats before him. He has come to see himself as infallible, tolerating criticism of his policies less and less. Journalists, intellectuals and politicians who see things differently have been locked up. Large swaths of the army's former leadership were handed harsh jail sentences for allegedly planning a coup.

Rather than emerging as a great political leader, buoyed by a wave of success both domestically and abroad, Erdogan began the summer of 2013 by unraveling his credibility. Clashes were mounting with democratic forces and civil society groups concerning a building proposal on park grounds at Taksim Square in central Istanbul. The inhumane severity of the police and the prime minister's response to the demonstrators showed that Erdogan was on edge.

Erdogan's nerves have finally failed now that the biggest corruption scandal in the 90-year history of the Turkish republic has come to light. Allegations involving money laundering, gold smuggling, illegal bank deals with Iran and bribes for state building contracts first hit members of the police and judiciary. As the scandal widens, Erdogan is trying to get ahead of it. But trading out 10 of the 26 posts in his cabinet couldn't reverse the damage. The Turkish lira has fallen to an all-time low against the euro and the US dollar. Now Erdogan has received a rebuff from the country's highest administrative court, which voided Erdogan's decision to require police and state prosecutors to notify their superiors of all investigations they are undertaking.

If Erdogan becomes a victim of his own hubris and is overthrown, the alternatives don't look too good for the NATO state either. There is no convincing, forceful political opposition. Erdogan's strongest opponent is the preacher Fethullah Gulen, who retaliated against the prime minister's attempt to bring the schools of the Gulen community under his power. It's these schools that serve to churn out followers for Gulen, who has been living in the United States for over 13 years and hasn't yet dared to return to Turkey.

Gulen is a religious leader whose true goals are hard to define - just as Erdogan's once were, as well. Is Gulen aiming for a theocracy that draws on the Koran for its constitution? Does he really want to prove that religion and democracy can complement each other and that Turkey can serve as a role model for other Islamic states and communities?

When an explorer gets stuck in a swamp, he shouldn't try and get himself out. The struggle only leads him to get stuck deeper, making the rescue harder and harder. Erdogan has been struggling for months. His rescue and, with it, the prospect of remaining in office are becoming increasingly tricky.

Turkey's government is in crisis: Within a few hours, three ministers resigned over a corruption scandal. Prime Minister Erdogan claims his government is victim of a plot. (26.12.2013)

The corruption scandal in Turkey's leadership circles is putting increasing pressure on Prime Minister Erdogan. Imam Gülen has become an influential opponent with many followers in the police and judiciary. (24.12.2013)