Guzeldere: ′Turkey has no independent judiciary′ | World | Breaking news and perspectives from around the globe | DW | 27.12.2013

Turkey expert Ekrem Eddy Guzeldere discusses the forces that may be able to sway the Turkish judiciary as well as how the corruption scandal may influence the country's 2014 elections. 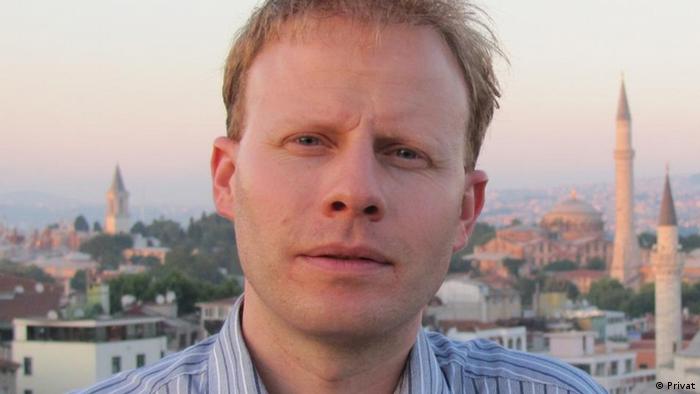 DW: In the wake of a corruption scandal, Turkish Prime Minister Recep Tayyip Erdogan has reshuffled his cabinet. Ten new ministers have been appointed. How do you judge these events?

Ekrem Eddy Guzeldere: It's no surprise to anyone dealing with Turkey that there is corruption in the country. What was surprising, however, is that these accusations have now been made public. For years, attorneys as well as the media were afraid to bring such scandals to light under Erdogan's AKP government, even though some journalists obviously knew about them. One reason this scandal has now gone public is that we have concrete corruption accusations. On the other hand, there is also a power struggle between the AKP government and the Gulen movement. For a long time, Erdogan's cabinet and the movement built up around the preacher Fethullah Gulen had common interests and supported each other. But ever since the beginning of 2012 they moved over to an open confrontation. The corruption scandal now is the latest step in this dispute.

Prime Minister Erdogan has accused foreign ambassadors of being part of a campaign against him. How does that affect Turkey's reputation abroad?

Obviously it won't improve Turkey's image abroad. But in the last few decades, Turkish politicians have often reflexively distracted from domestic scandals by blaming foreign countries. Almost the exact same groups that are being accused now were accused of being responsible for the Gezi protests in the summer. In the years before that as well as under different governments, foreign agents were often blamed for alleged attempts at weakening Turkey - with those allegations coming from the military or from the AKP. 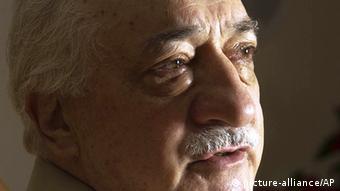 Erdogan's reshuffling of the cabinet also caused EU minister Egemen Bagis to lose his job. How will that affect how Turkey is seen abroad?

In recent months - if not years - Egemen Bagis has been known more for working against Turkey joining the EU than for supporting Turkish EU membership. In Brussels, Strasbourg and the US, he has since lost the positive image he enjoyed at the beginning of his term in office. The AKP politician Mevlüt Cavusoglu, who worked in the Council of Europe for a long time, has now taken over Bagis' position. But Cavusoglu, too, is known to view the prospect of EU membership rather critically.

So we can't just assume this change will bring an improvement in Turkey's relationship with the EU. The corruption scandal and the resignation of the ministers do not cast Turkish democracy in a very positive light. There have already been several very critical remarks by European politicians, including the Austrian EU parliamentarian Hannes Swoboda, calling on Erdogan to resign, as well.

What does the corruption scandal mean for Erdogan's political career? Will it have an impact on the regional elections in March 2014? 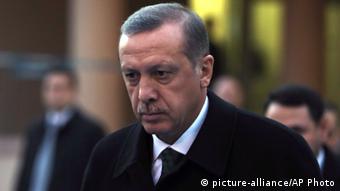 Erdogan‘s government is stuck in defense, which makes it difficult to get much done politically, but it remains to be seen how much influence that has on the ballots. Whenever the AKP was losing out in opinion polls in years past - mostly due to economic difficulties - the opposition parties have never profited from that. Instead the number of non-voters and wavering voters has increased. The majority of Turkish citizens get their information from the mainstream media, which have close ties to the AKP. As such, many are still convinced that the story the government tells is the only true one. That's why it all depends on how the AKP deals with this crisis. If the party deals with it as cleverly as it dealt with the Gezi protests in the summer and proceeds against the accusations with a professional PR campaign, then it's possible that the scandal will hardly have any impact on the regional elections in March. But if this crisis lasts longer, and if some of the mainstream media outlets report critically about it, then it might very well have an impact on the elections in 2014 and might weaken the position of the AKP.

Do you think the corruption investigations will proceed independently and that the Turkish judiciary will remain independent?

The Turkish judiciary hasn't been independent for years. Instead, it's highly politicized and has been abused by the government and other forces that are strong within the judiciary's ranks for their own purposes. One part of the judiciary is close to the AKP; another part has ties to the Gulen movement. A judiciary that acts fairly and independently cannot be expected in Turkey anytime in the near future.

Ekrem Eddy Gulzeldere is a political scientist. He was born in 1973 in Munich, Germany, and has lived in Istanbul since 2005. He has worked for the European Stability Initiative think tank since 2007. He also works as a journalist, including as a correspondent for the German journalist association n-ost.

Turkey's government is in crisis: Within a few hours, three ministers resigned over a corruption scandal. Prime Minister Erdogan claims his government is victim of a plot. (26.12.2013)

Supporters of the Gulen movement and Turkish Prime Minister Recep Tayyip Erdogan are now at odds with each other. Turkey expert Günter Seufert explains what this power struggle means for Erdogan. (21.12.2013)

Three Turkish senior ministers have resigned over a high-level investigation into corruption. The government says the probe is an attempt to discredit it, but has vowed that the matter will not be swept under the carpet. (25.12.2013)

Calls for the resignation of Turkish Prime Minister Erdogan are growing louder as the violent clashes between police and demonstrators escalate. Yet Kurds would like him to stay. (06.06.2013)