Supporters of the Gulen movement and Turkish Prime Minister Recep Tayyip Erdogan are now at odds with each other. Turkey expert Günter Seufert explains what this power struggle means for Erdogan. 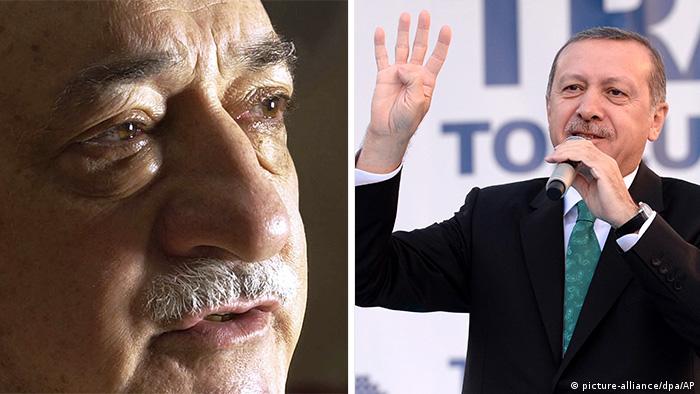 DW: Fethullah Gulen's Hizmet movement has been labeled a NGO, a political network, a religious community and an Islamic sect. How would you describe the movement founded by the Muslim cleric?

Günter Seufert: It's a religious community with a strong focus on Gulen. But it also sees its religious culture as a mission aimed at civil society and has a strong political will. That's a phenomenon that we don't really see in European societies.

The movement was formed by Gulen's sermons - he knew how to reinterpret Islam's moral and ethical demands. It's not just about continuing traditions, but about exploring nature, seeing God in the laws of nature and the laws of physics and about finding God again.

That has paved the way for conservatives to send their kids to secular schools even though they used to be very critical about secular education since they feared it might shake their religious understanding of the world.

How did the power struggle between Erdogan's government and the Gulen movement happen?

Patronage networks within this movement have their own kind of politics - in public administration and the police as well as in the judiciary, the military and the interior ministry. This kind of politics first and foremost aims to destabilize the government - to fire warning shots because the Gulen movement feels threatened by it.

The Gulen movement and Erdogan's conservative Islamic government led by his Justice and Development Party (AKP) used to closely work together to weaken the country's secular elite and to limit the military's influence on politics.

There are several reasons for the present differences between the Gulen movement and the government: The movement had gained more influence on the state apparatus - perhaps the government decided it had become too influential.

At the same time, the Gulen movement didn't just consist of bureaucrats - entrepreneurs were part of it as well. They wanted to benefit more by doing business with the government, by getting land for building or by profiting from foreign trade support programs. There was a lot of wealth to distribute and basically this wealth led to the two groups being at odds with each other.

The Gulen movement as well as Erdogan's AKP are both Islamic and conservative. How do their ideologies differ? 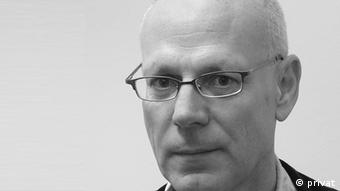 Ideologically speaking, there are hardly any differences at all. Both have a strong Muslim identity, both are socially and morally conservative and stress traditional gender roles and a strong Turkish national identity. They also glorify Turkey's Ottoman past.

But there are important political differences, especially when it comes to the situation of the Kurds or Turkey's relationships with Israel and the US.

The conflict between the Gulen movement and the government was revealed in 2010 by their different positions on Mavi Marmara: A flotilla tried to break through Israel's maritime blockade of the Gaza strip. The main ship was Turkish and the aid organization that led the flotilla had close ties with governing party AKP.

While there was harsh criticism of Israel's actions in raiding the ship throughout Turkey, Fethullah Gulen condemned the flotilla, saying the group should have sought Israel's permission for transporting relief supplies. The Gulen movement doesn't support the Turkish government's critical position on Israel and the US.

How powerful is the Gulen movement - both in Turkey as well as internationally?

Internationally speaking, the Gulen movement is a civil society movement that is able to initiate discussions and to take up a stance. The movement is in good standing especially within the US, because it's perceived as an Islamic reformist school fighting for secular education and arguing for cooperating with churches and promoting interreligious dialogue. But it's not powerful abroad.

It's a different picture within Turkey, where the movement has generated a new conservative educated elite thanks to its educational network. In addition, the sons of three leading ministers of Erdogan's government have to deal with a corruption probe. Many people attribute this to the Gulen movement and its activities - they see this as part of the power struggle between the movement and the government.

Is this power struggle going to weaken Erdogan and his AFP party - particularly with regard to presidential and local elections in 2014?

Yes, the power struggle is already weakening Erdogan and his party. Uncovering these corruption cases within the ministers' families has damaged the government's reputation. Erdogan liked to portray his AKP as a party that would never be prone to corruption - this image has substantially contributed to its success. If the AKP is now perceived as equally as corrupt as its predecessors, it will be a huge blow that will probably lead to his party getting fever votes. Erdogan angered liberal Turks when he responded violently to demonstrators in the summer - and the corruption scandal has now also put a strain on the government's relationship with the conservative Muslim population.

Turkey expert Dr. Günter Seufert works at the Berlin-based German Institute for International and Security Affairs (SWP) and is a member of the SWP's research division dealing with EU external relations. He was head of the Istanbul branch of the German Oriental Society and has covered Turkey extensively as a freelancer.

Turkish media say more arrests have been made and police heads dismissed in connection with a probe into official corruption. Prime Minister Tayyip Erdogan has called it a "dirty operation" aimed at undermining his rule. (20.12.2013)

Turkey has signed a deal on immigrants with the European Union. In return for talks on visa-free travel to the EU for Turkish citizens, it allows member countries to send back illegal immigrants who enter via Turkey. (16.12.2013)

A meeting between the Turkish prime minister and the president of the autonomous Kurdish region in Northern Iraq is being seen as historic. For the first time, Prime Minister Erdogan referred to Kurdistan by name. (19.11.2013)