Power struggle between old friends in Turkey | Europe| News and current affairs from around the continent | DW | 24.12.2013

The corruption scandal in Turkey's leadership circles is putting increasing pressure on Prime Minister Erdogan. Imam Gülen has become an influential opponent with many followers in the police and judiciary. 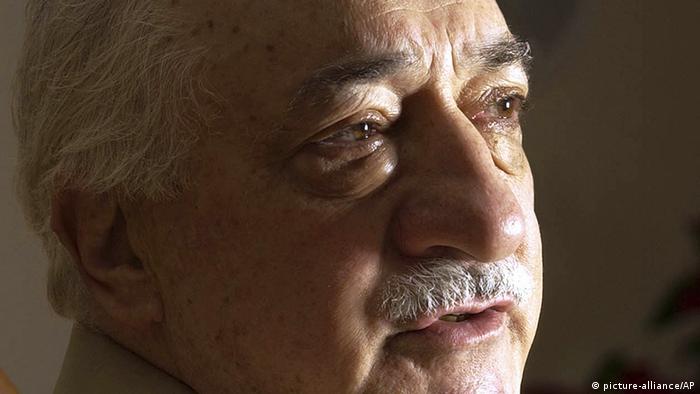 The 72-year-old with the white mustache lives in a well-shielded home in Saylorsburg, Pennsylvania, and only receives a few guests. Fethullah Gülen, an imam and native of Turkey, has been living in the US since 1999, having decided not to return to Turkey after a hospital stay in the States.

The Gülen movement has a good reputation, especially in the US "because it is seen as a reformist current in Islam that stands for secular education and inter-religious dialogue," says Günter Seufert of the German Institute for International and Security Affairs (SWP), who recently published a study on the movement.

The charismatic leader of the movement was born in 1941 as the son of an imam in a village in the province of Erzurum in Anatolia. In 1959, he became imam himself, impressing the faithful through his rousing speeches. In 1968 he took the office of preacher for the Turkish Aegean Region in the city of Izmir - a position that enabled him many trips, on which he gathered more and more supporters.

No opponent of the secular state

Gülen was arrested after the military coup of 1971, which was justified, among other factors, by the risk of "reactionary religious activities," Seufert writes in his study. The charges against Gülen included "exploitation of religious sentiments for selfish and political purposes." 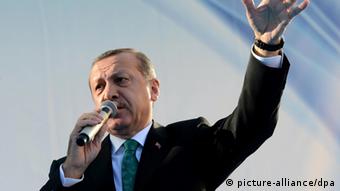 Erdoğan has been weakened by the corruption scandal

But he was freed shortly after under an amnesty, and in 1972 he continued his work as a preacher. His influence was increasing steadily: in the late 1970s, emerged the first private educational institutions influenced by his teachings.

Gülen argued that Muslims should work against "the decline of morality" in society, calling for conservative values like faith and family to be put before modern individualism - but always within the existing secular state structures.

As the generals staged another coup in 1980, he spoke in favor of the coup in an article. "The fact that Gülen advocated the coup allowed his movement to act relatively undisturbed by secular forces in the 17 years that followed," Seufert wrote. In fact Gülen always distanced himself from political parties that propagated a political Islam. For the Gülen movement it is not just a matter of "simply living a tradition, but also about exploring nature and rediscovering God in the laws of nature and physics," Seufert told DW.

Tolerated and promoted by secular forces

The Gülen movement reached its peak of influence in the 1990s. The Islamist Party of Necmettin Erbakan had received the most votes in the parliamentary elections of 1995. But the Gülen movement's views were far more moderate. He did not, for example, advocate the wearing of a headscarf by Muslim women. The Gülen movement had been perceived as apolitical and "was not merely tolerated but actually encouraged" by secular forces for a long time, according to Seufert. 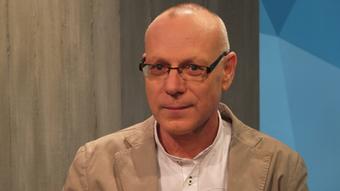 For the military, Gülen's movement was seen as a "counterweight to political Islam" at the time, Seufert said, but after the generals had successfully pushed back against the first Islamist governing party in modern Turkey, Gülen "felt threatened," and moved to the USA in 1999. That the preacher is living in exile has not diminished the success of the movement. There are millions of Gülen followers worldwide, and there are press reports that in Germany alone there are around 300 clubs and at least a dozen private schools promoting his teachings.

In Turkey, the Gülen movement "has created a new conservative educational elite with its education network" Seufert adds. In addition, "parts of this movement make their own policies today - in the judiciary, police and military." The main aim of the movement is to weaken the conservative Islamic government under Recep Tayyip Erdogan, "because the Gülen movement feels threatened by it." Among other measures, Erdogan announced a few weeks ago that he was shutting down a number of Gülen's private schools. 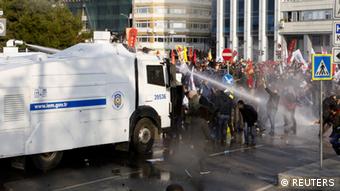 Water cannon use against demonstrators

The Gülen movement is regarded as particularly influential in the judicial and police apparatus, though how many of their followers actually operate there is not known because most will not admit it openly.

According to Seufert, Erdogan's AKP party and the Gülen movement "have worked together closely in the past in order to weaken the secular-oriented elite of the country." But now there is a power struggle raging between the two camps. The sons of both the interior and the economy ministers are currently in custody on corruption charges. In addition, criminal proceedings have begun against the chairman of the state bank Halkbank, which is accused of making illegal gold transactions with Iran.

Erdogan also ordered the arrest of at least 75 police officers, Turkish media has reported, and critics suspect a connection between those arrests and the power struggle with the Gülen movement.

Thousands of people demonstrated against corruption and government construction projects in Istanbul on Sunday (22.12.2013). The police used tear gas and water cannons against demonstrators.

The corruption scandal "is already weakening Erdogan and his party," and is expected to affect the outcome of the presidential and local elections in 2014, says Seufert. "If the AKP government is perceived as just as corrupt as their predecessors, it will be a decisive blow against Erdogan."

Supporters of the Gulen movement and Turkish Prime Minister Recep Tayyip Erdogan are now at odds with each other. Turkey expert Günter Seufert explains what this power struggle means for Erdogan. (21.12.2013)

Anti-government protesters clash with police in Turkey over corruption scandal

Turkish police have clashed with protesters denouncing Prime Minister Recep Tayyip Erdogan's government. The latest protests were sparked by a corruption scandal that has led to the arrest of dozens of Erdogan allies. (22.12.2013)

Turkish media say more arrests have been made and police heads dismissed in connection with a probe into official corruption. Prime Minister Tayyip Erdogan has called it a "dirty operation" aimed at undermining his rule. (20.12.2013)