Alternative for Germany will not likely kick Björn Höcke out, Holocaust gaffe or no. If he were forced out, the AfD's extremist wing would show solidarity DW's Kay-Alexander Scholz writes. 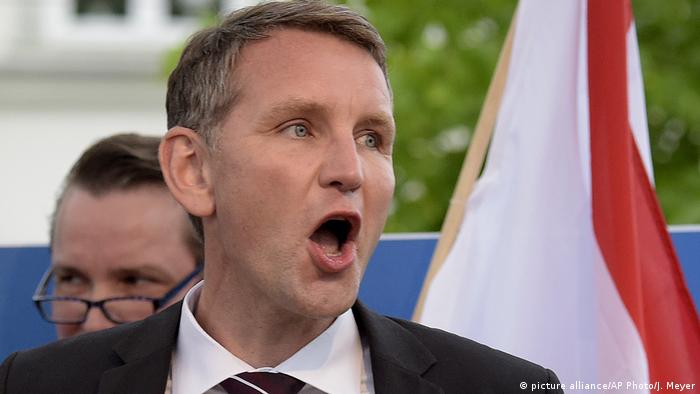 So they're going ahead with it: A two-thirds majority of the federal executive board of the Alternative for Germany (AfD) has instigated a "party exclusion process" to oust Björn Höcke,  the state leader in Thuringia. Does this indicate that the far-right faction is putting its house in order? Not really. A more fitting assessment would be to say that the 2017 election campaign has begun.

In recent weeks the AfD has lost ground in the polls. The reasons for this are a matter of speculation, but it's likely that the "Schulz effect" took the right-wing party by surprise. Martin Schulz, the Social Democratic Party (SPD) candidate for German chancellor, launched his campaign by pledging to help the "little people" and ensure social justice. This may well have brought some voters who had defected to the AfD back into the SPD fold. 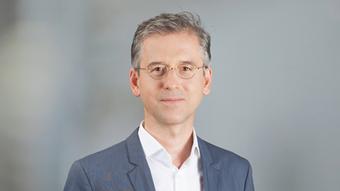 But it is also likely that Höcke's recent speech about the Holocaust memorial in Berlin, in which he spoke of the "need to make a 180-degree change in the politics of commemoration," has frightened off centrist voters who had found themselves temporarily drawn to the AfD. Not for the first time, party co-chair Frauke Petry was quoted as saying that Höcke was prompting people to leave. The two are rivals, so Höcke's speech was a gift to Petry, the party's power politician.

Perhaps Petry was reminded, while sitting in the Reichstag during the election of the new German president on Sunday, that she must do her utmost not to mess up the AfD's likely entry into parliament in September's elections and that's why she is now putting on her anti-Höcke show. It is a measure that promises to earn her plenty of image points with AfD members who see themselves as a more pure version of Chancellor Angela Merkel's Christian Democrats; the party can also better market itself to the mainstream German media and the general public if it distances itself from openly extremist movements such as the far-right National Democratic Party, the anti-Islam PEGIDA marches and the xenophobic Identitarians.

That, though, would play with fire. The AfD's extremist wing remains powerful. Höcke is one of its most prominent representatives - but he is just one of many adherents. If he were forced out, others would show solidarity. The AfD executive in Thuringia and some other party politicians have already stood up in Höcke's defense. Other members might see his ouster as a threat to freedom of expression within the party. It would encourage a new split. Far-right fringe voters could turn their backs on the AfD just as it was about to go legitimate.

It could be months before the AfD reaches its decision on Höcke. For now, it is being dealt with by the party's arbitration panel in Thuringia - Höcke's home turf. The court of second instance could be the federal panel of arbitration, but that, too, would leave Höcke with a pretty good hand: He has supporters there, and generally speaking the arbitration panel isn't safe ground for the Petry camp.

At the moment, it cannot be assumed that Höcke really does face being thrown out of the AfD. Another thing that speaks against that idea is the fact that both national co-chair Jörg Meuthen and Alexander Gauland, the party's state leader in Brandenburg, voted against ousting Höcke. And their votes will acquire more weight over the coming weeks. Petry is pregnant and expected to give birth in the middle of the election campaign. Her critics within the party will certainly make use of her maternity leave, however short it may be. Höcke could benefit from that. He therefore has good reason to take a "relaxed" attitude, as he has said, to the party exclusion process.

Poland: 4 people found dead on border with Belarus 2h ago

Gabby Petito: US authorities find body believed to be of missing woman 3h ago