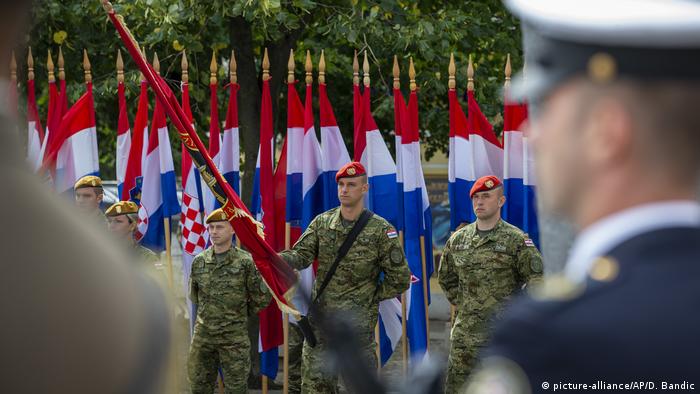 The unthinkable has happened. On Wednesday, Croatian Deputy Prime Minister Boris Milosevic attended an event commemorating the 25th anniversary of operation Oluja, or storm. It was the last major battle of the Croatian War of Independence, which raged between 1991 and 1995. The war broke out when Croatia split off from Yugoslavia; over 20,000 people died in the four years of fighting.

Deputy Prime Minister Milosevic belongs to the country’s Serbian minority. His father fought with the Croatians in the independence war, and his grandmother was killed in the wake of operation Oluja.

Milosevic's appearance marked the first time ever a high-ranking representative of the country’s Serbian minority joined a Croatian independence ceremony.

Previously, the country’s Catholic majority had celebrated the liberation of a vast part of Croatia from Serbian-backed separatists without any Serbian representatives in attendance. 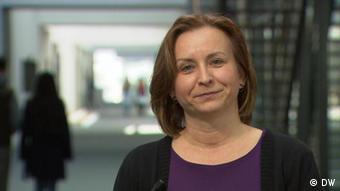 Today, Croatia’s Serbian Orthodox minority makes up just 5% of the country’s population. Since the war, they have mourned the displacement of some 90,000 to 250,000 Serbs from Croatia. They were the descendants of settlers who were encouraged to settle along the border of the Osman Empire-controlled Bosnia by the Habsburg Monarchy as a military tactic. During the Croatian Independence War, at least 410 Serbs, who did not flee from Croatian forces, were killed. Thousands of Serbian homes were looted and destroyed. These crimes overshadow the Croatian victory to this day.

The right step at the right time?

His announcement sparked outrage among some Croatians and Serbs. Serbian President Aleksandar Vucic accused Milosevic of legitimizing the "ethnic cleansing" carried out in Croatia by attending the commemorative event.

Croatian critics, in turn, said Milosevic’s attendance alone would not suffice. In their opinion, he should publicly state that operation Oluja did not constate an ethnic cleansing campaign.

But many Croatian lawmakers, including the opposition Social Democrats along with President Milanovic, welcomed the highly symbolic step. Politicians attending the event struck a reconciliatory tone, explicitly mourning the Serbian victims of operation Oluja.

After decades of tensions between Croatians and Serbs, this could finally signal a warming of relations between both sides. Prime Minister Plenkovic has been steadily edging his right-wing HDZ party towards a more moderate course, which will ease reconciliation.

In March, Prime Minister Plenkovic pulled off a major victory when he and his party’s moderate Christian Democratic Union (HDZ) trounced their right-wing rival. This allowed him to largely nominate his own, moderate allies during July’s parliamentary elections. The HDZ’s surprisingly clear victory then lent further momentum to his moderate course.

Following the victory, Plenkovic did not join forces with Croatia’s right-wing Homeland Movement, as many had anticipated, and instead teamed up with a number of small, conservative parties and others representing the country’s various minorities — including Serbs.

Plenkovic has now done everything to shift his party from the political right to the moderate center, thereby laying the groundwork for reconciliation with Croatia’s Serbs.

Wednesday’s commemorative ceremony was a key step in this direction. It is essential that further steps will follow. In any case, most Croatians today — be they ethnic Croatians or Serbs — care more about running water and electricity than questions of national identity. After all, there still are households in the EU member state that have neither.

The job market and transport infrastructure are also of far greater importance to many than issues of ethnicity. Incidentally: Some 100,000 Serbs have already returned to their native Croatia since operation Oluja.

Andrea Jung-Grimm has been with DW’s Croatian service for 20 years.

Burkina Faso military claims to have taken power 3h ago