Opinion: Crisis topples governments like dominos | Europe | News and current affairs from around the continent | DW | 24.04.2012

The eurozone debt crisis has triggered a domino effect in Europe, toppling governments regardless of their ideological persuasion. DW's Bernd Riegert examines the consequences. 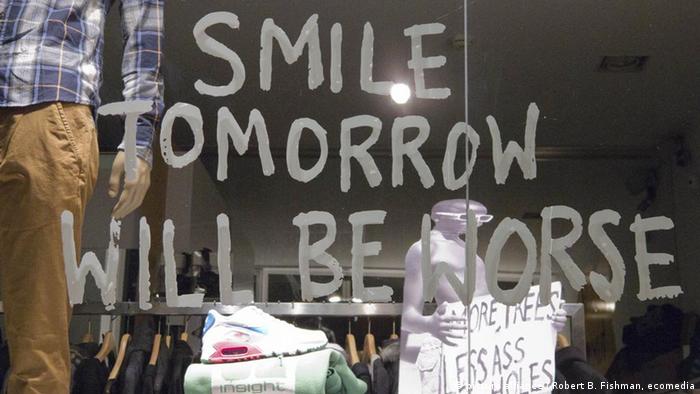 Malta, Austria, Luxembourg and Germany. These states are the last refuges of stability, seen from a government perspective. In all the other states of the 17-member eurozone, there has been at least one change of government since the onset of the finance and debt crisis. Although the conditions in the individual countries have much to do with their unique domestic politics, ultimately their governments were forced from power because they did not have an effective concept for combating the debt crisis.

Governments have subjected themselves to drastic austerity measures, ultimately sealing their own demise, with the ideological persuasion of the incumbents playing little role in their downfall. Left-leaning as well as right-leaning governments have fallen victim to the crisis. In Spain, the people voted out the socialist Jose Luis Rodriguez Zapatero in favor of the conservative Mariano Rajoy. In France, there is likely to be a change of power from the conservatives to the socialists should Francois Hollande win the second round of the election on May 6.

In many countries, regrettably, protest parties have emerged or strengthened their position. In Holland, the right-wing populist Geert Wilders is rejoicing: until now, he's been supporting the government from outside, but he's now opposing what he calls Brussels-imposed cuts. That's nonsense, since the Netherlands were - up until now - the strongest supporters of belt-tightening at the European level.

In Finland, one of the four last countries with the top-notch AAA rating, the anti-European "True Finns" party has become a major political force. In France, the extreme right-wing Marine Le Pen has scored the best election results ever for the National Front. These are troubling developments, which have not yet been felt in Germany.

Germany as an island 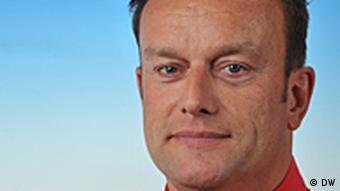 In the fall of 2013, Germany will vote for a new parliament. Chancellor Angela Merkel wants to stay the course and continue consolidating the budget by cutting spending. In her eyes, there is no other option. There simply isn't the money for stimulus programs and growth incentives at the cost of the state. These types of programs could only be financed through credit, and that would be absurd in the middle of the debt crisis.

The Germans are still living on an island of good business figures and record tax revenues, whereas, all around in the rest of Europe, the crisis has been hitting home. The question is not whether but when austerity will have its impact in Germany. The rise of a euro-skeptic party is not out of the realm of possibility - the up-and-coming Pirate Party has shown indications that it may take on this role.

The German-French motor that drives the European Union will continue to function, even after the likely change of government in France. But it may stall a bit, because the fiscal pact, which is near and dear to Merkel's heart, will have to be re-negotiated or amended. The pragmatists in the chancellery in Berlin, however, have already prepared for that scenario. In addition, they are betting that the financial markets will put so much pressure on Hollande that he will have little chance to drastically change the current course of fiscal policy.

But the loss of Germany's Dutch allies at the EU summits will hurt Berlin. The Netherlands has stood steadfastly with the Germans and has even demanded a little more from Greece and other highly indebted countries. The fact that the Dutch government has collapsed over an austerity package to reduce its own debt is an irony of history.

Although the actors in Europe are changing faster and faster, the current course of austerity has few alternatives. The financial markets demand solid budgets - there's no way of getting around it. In the end, the European Central Bank (ECB) could reduce the debt by inflating the currency or through issuing common bonds for the entire eurozone. That would be the way that the French, Spanish and Italians prefer.

But that won't happen as long as the current German chancellor is in power. Merkel knows that if she totally sacrificed the German policy of currency stability, her conservative and liberal supporters would abandon her. That's why she's continuing to stay the course, even as, all around her, colleagues from both the left and right wing in other European countries are being punished.

Is Spain Europe's next problem economy?

The debt crisis is back with a vengeance. For the first time, Madrid had to pay over 6 percent interest for 10-year bonds - a warning sign for many economists. (18.04.2012)

Does austerity do more harm than good?

There is apparently only one medicine for states suffering from a swollen national debt - austerity measures. Both unions and the financial sector are becoming more and more skeptical that this is the best antidote. (11.04.2012)