Former Germany international Cacau believes instances of racism in German football are rare. That's a worrying view for German football's top integration officer to hold and shows the DFB is out of touch, says Matt Ford. 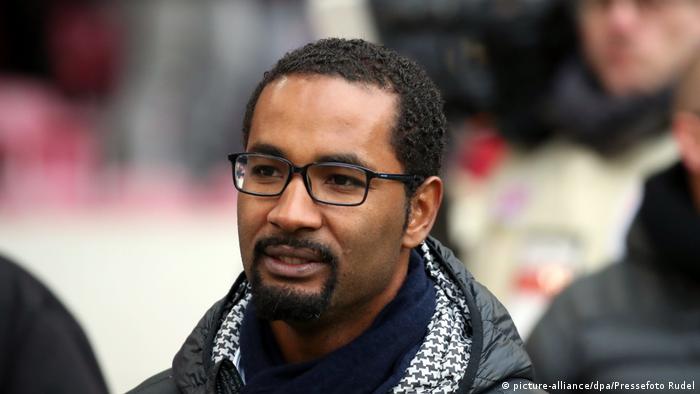 Three men are being investigated by German police after allegedly aiming racist abuse at Ilkay Gündogan and Leroy Sané during Germany's 1-1 draw with Serbia in Wolfsburg last week. But former Germany international Cacau, the German football association's (DFB) official integration officer, believes that such incidents are rare and shouldn't be blown out of proportion.

"I would say these are isolated incidents," said the 37-year-old in an interview with German news magazine Focus on Sunday. "We need to confront them but, at the same time, we shouldn't afford them too much attention. It's not the norm, and that's a good thing."

In an earlier interview on Friday, Cacau had told one local paper: "Just as there are isolated incidents of racism in society, so there are in football too." But he insisted that he sees "no racism problem at the DFB and not even generally in Germany."

Cacau's comments have raised eyebrows, coming as they do just weeks after the public mourning of a known neo-Nazi at a fourth-division game in Chemnitz, an incident which made national and international headlines and again shone a spotlight on the issue of racism in German football and society as a whole.

Leon Goretzka and Marco Reus took a much harder stance. "It's absolutely out of order," said Borussia Dortmund captain Reus, while Bayern Munich midfielder Goretzka said he was "appalled" by the incident in Wolfsburg, which was described in a video by German basketball journalist André Voigt.

"I come from the Ruhr area," continued Goretzka. "There, when anyone asks about your nationality, you answer with Schalke, Dortmund or Bochum," he said, referring to the three biggest clubs in the region. 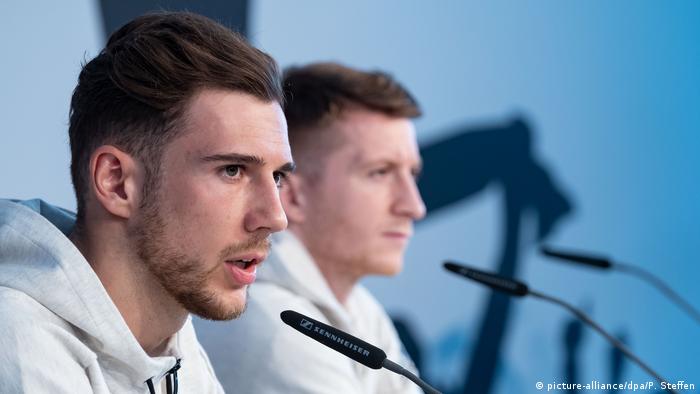 Leon Goretzka and Marco Reus took a much harder stance

The players' reactions made a refreshing change from the usual platitudes issued by representatives of the DFB, an organization which was itself accused of institutional racism after singling out Mesut Özil and Ilkay Gündogan for blame following Germany's exit from the World Cup in Russia last summer.

"We must never stop standing up [to racism], the work never stops," said national team manager Oliver Bierhoff, while the DFB released a statement "strongly condemning" the incident.

But Cacau's comments, as the association's official integration officer no less, only serve to further the impression that the DFB, under its current president Reinhard Grindel, is further detached from reality than ever, as right-wing extremists continue to try to use football as a recruitment ground and as a platform to air racist and anti-democratic views.

Coronavirus: US reports first case of omicron variant 2h ago