The Berlin Film Festival jury managed to sift out the few good films from the rest and bestow them with Gold and Silver Bears. But the festival needs to trim down and set its sights higher, says DW's Jochen Kuerten.

In the end, it was "Bal" that went home with the Golden Bear. The Turkish film was among the four or five better films amidst a rather weak group of competitors - thereby continuing the trend that has developed at the Berlin Film Festival over the past few years.

Recently, the top accolades have gone to films from countries less well known for their cinema, and to directors who haven't yet made an international name for themselves. Turkish director Semih Kaplanoglu is not unknown - his film "Sut" just ran in German theaters. However, the Golden Bear he received Saturday is not just an acknowledgement of his own work, but of all the strong, artistic productions that have come out of Turkey in the past several years.

The other award winners at this 60th anniversary Berlinale were well chosen by the jury, which was headed by German filmmaker Werner Herzog. Roman Polanski certainly deserved to win the Silver Bear for Best Director; it shouldn't be viewed as an act of solidarity by the jury just because he is under house arrest in Switzerland.

Polanski's "The Ghost Writer" may be a conventional thriller, but it was so masterfully and elegantly staged, so well performed, and set in such wonderful locations that it managed to quicken the pulse of the film connoisseurs in Berlin.

The Jury Prize went to the Romanian entry "If I Want to Whistle, I Whistle" and the Silver Bear for the Best Screen Play to the Chinese film "Apart Together" - both good choices that speak for the jury's expert eye. In the past, that wasn't always the case. The critics' opinions and those of the often quite heterogeneous international jury have seldom aligned. 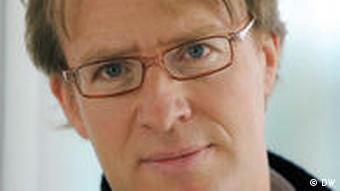 It was unfortunate, however, that the Iranian film "The Hunter" left empty handed. It certainly deserved a Bear, and not only for its political volatility. But, apart from that: hats off to the jury!

So, was everything peachy at the 60th Berlin Film Festival? Not at all. The deserving prize winners cannot make up for the overall weakness of this year's competition - which, unfortunately, continues the trend that has established itself over the past few years.

The heart of the festival, the competition, is in urgent need of reform. It's obvious that something must change when the most important directors and the best films always head to Cannes instead of Berlin. Pedro Almodovar, Lars von Trier, Quentin Tarantino all prefer to show there latest works on the Cote d'Azur rather than in the German capital.

One could argue that Berlin has a different focus, emphasizing distant regions of the world and discovering lesser known directors. That would be fine - if the result was a competition full of high-quality films. But this year the program didn't live up to the level one would expect from a large, international festival.

How can it be improved? The Berlinale has become an incredibly bloated festival with numerous program sections, sub-categories and side events. If it were pared down a bit, more focus were put on quality, and only the very best films were shown, it would certainly benefit the competition as well.

The Berlin audiences flock to all of the events on the program, argue the festival organizers. But why not show fewer films at more screenings? Come, Berlinale: Have the courage to breathe a little and strive for quality.

The Berlin International Film Festival's top accolade has gone to a touching tale of a young boy and his father, a beekeeper, whose existence is threatened by the sudden disappearance of the bees. (21.02.2010)

Industry leaders gathered at the European Film Market at this year's Berlinale to discuss the challenges facing the 21st century movie business. The central question - is the era of the great Hollywood studio over? (20.02.2010)

Despite the glitz and glamour of the Berlin Film Festival, the topics addressed by many of the films presented this year are dark and complex: War, conflict and disaster. (20.02.2010)