Opinion: Berlin Balkan conference — a surprising breakthrough in the cards?

Chancellor Angela Merkel and French President Emmanuel Macron want to mediate in the Western Balkans. Their efforts could be of benefit to the region and Europe, says guest policy expert Christian Schwarz-Schilling. 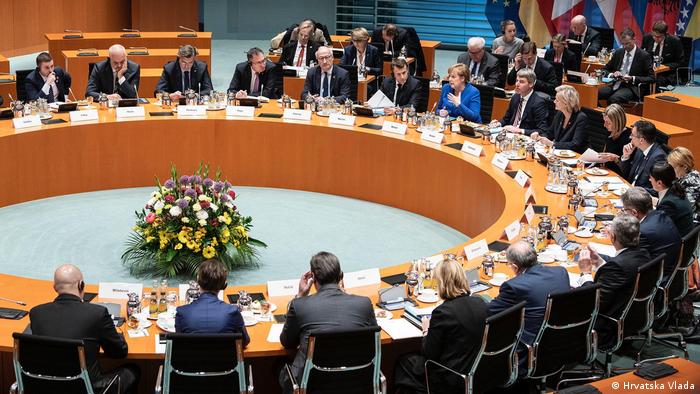 The Balkan summit in Berlin could surprise skeptical observers and reveal a new chapter in our common future. Why is that?

It is because Germany and France, the two largest, most powerful nations of the European Union and the geographically closest to the Balkans, have never before issued a joint invitation to leaders of the Western Balkans to discuss our common future frankly and responsibly.

When we look back to the past of the 20th century, we find ourselves staring into abysses and catastrophes that transcend all imagination. Infinite suffering has been endured by our people and also inflicted on others.

Since the mid-20th century, we in Europe have tried — with varying degrees of success — to comprehend the reasons for and the political causes of this era of inhumanity and to build a continent for the future where citizens of states are once more guaranteed inalienable rights.

At the same time, the integration of individual nations into the European Union has put this continent in a position to assert itself economically and culturally vis-à-vis other continents and major powers in the age of globalization.

These efforts have led to a voluntary association of parliamentary democracies in Europe of a kind that is unique in the history of humankind and has brought about several great successes. 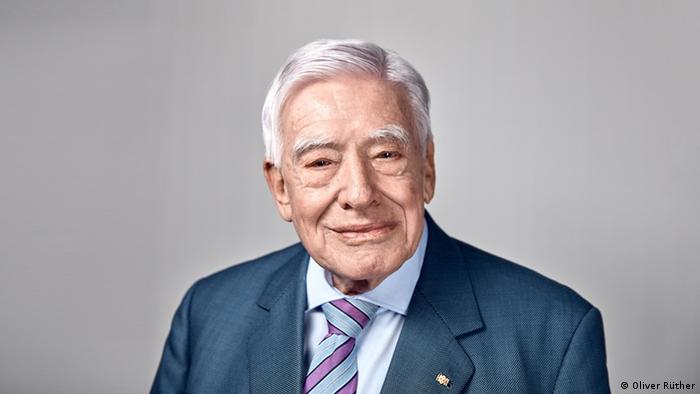 Prof. Christian Schwarz-Schilling has long experience of the Balkan region

The political collapse of the Soviet Union was a consequence of the fact that no empire, no ideological system, no dictatorship can use the means of deceit, falsification of history, expansionism and enslavement to triumph in the long run over the idea of freedom.

This notion of freedom spread quickly to the Soviet Union and on to East Germany, to Eastern Europe, to central and East Asia. It brought about the reunification of the two German states without violence.

But the former Yugoslavia went along its own fateful path. The then-leader of Yugoslavia, Slobodan Milosevic, who wanted to continue ruling as a dictator in Belgrade even after the failure of the communist idea, employed a new ideology: the domination of ethnic Serbs over all other ethnicities in the Balkans. Hundreds of thousands of refugees fled the region to Europe and other parts of the world.

Only when the tyrants and their accomplices were removed from power was the way cleared for the new, independent states in the Balkans. Now, the people of the Western Balkans are waiting for their chance to join the European Union as well. 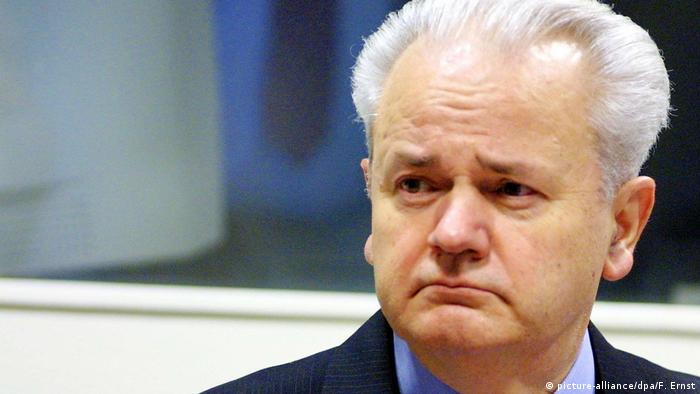 Milorad Dodik, the Serb member of the tripartite Presidency of Bosnia-Herzegovina, who has one entity, Republika Srpska, firmly under his control, has been threatening for years to split it off from Bosnia-Herzegovina and make it a separate state.

Toward this aim, he is working closely with the nationalist Croatian Democratic Union (HDZ) to deepen divides within the federation. The goal here is to incorporate the regions of Bosnia-Herzegovina mainly populated by Croatians into Croatia in the long term. Croatian nationalists are also fighting for this objective in Croatia itself and in the European Parliament.

The West must not trivialize this endeavor as "rhetoric" but must act to ensure that the Dayton Agreement is upheld.

The negotiations conducted some time ago between Serbia and Kosovo must also under no circumstances lead to border revisions along ethnic divides — unless people are prepared for thousands of refugees to come, as we saw in 1999. After all the experiences we have had, such proposals, which are, in essence, ethnic cleansing, must be put to rest once and for all.

Ambitions of individual ethnicities to further divide the region of the Western Balkans into ethnic categories must be ruled out. We must not allow the wars of the 1990s to be repeated.

Developments in Bosnia-Herzegovina also influence neighboring Balkan countries such as Albania, North Macedonia and Montenegro. It is imperative that the region is seen as a whole, and not to think or act in isolation. Bolstering the rule of law in the Western Balkan states must take the highest priority.

With that, I would like to make an urgent appeal to Chancellor Merkel and President Macron: Build on your courageous step of holding this West Balkans conference in Berlin with determination and by concrete action! Use the opportunity it provides to you and us for the good of Europe as a whole! By doing so, you will make a significant contribution to a secure and peaceful future not only for the people of the Western Balkans but also for us in Europe.

Christian Schwarz-Schilling was the German minister for post and communications from 1982 to 1992. He gave up his post in protest against the government's inaction over the Bosnian War. In 2006/2007 he was high representative and the EU's special representative for Bosnia and Herzegovina.

Twitter co-founder Jack Dorsey steps down as CEO 2h ago