Is it satire or defamation? Now the German government is to review comedian Jan Böhmermann's poem about Turkish President Erdogan. DW's Susanne Spröer says it's obviously satire - what else? 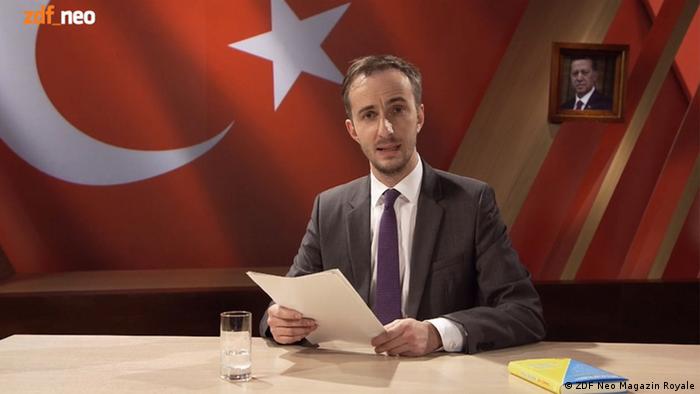 First of all, I think the content of Jan Böhmermann's controversial poem, which he presented on the ZDF television show "Neo Magazin Royale," is a jab below the belt.

There's no question about the tastelessness of the poem. Nevertheless, it's clearly a piece of satire. What else would it be?

The "poem" didn't appear in a literary magazine, but was broadcast as part of a satirical television program. It's only to be expected that a show like "Neo Magazinb Royale" push the envelope; satire is more than just telling jokes.

Satire is an artistic genre that aims to polarize and criticize individuals or situations by means of derision, irony and exaggeration. Yes, sometimes it may make us choke on our own chuckle. And the show really did make me laugh - not the poem itself, which I found quite tasteless, but the entire skit. Not only was it cleverly and originally composed and executed, but it managed to spark an important social discourse on the boundaries of satire. 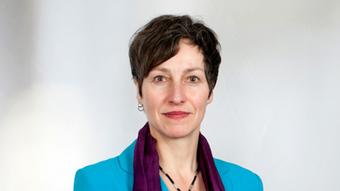 The opening scene was particularly witty. Jan Böhmermann introduced the poem with a warning: What he was about to do, he said, actually wasn't allowed and that such slanderous statements could be punished and removed from the TV program.

And that's exactly what happened. German public broadcaster ZDF did indeed remove the controversial portion of the show from its online media center.

It was a well planned provocation that unfolded just as the show's creators intended. Cologne-based media attorney Markus Kompa told DW that Böhmermann's poem was a "calculated breach of the law," and I think it's an ingenious satirical media coup.

The anti-Erdogan poem has to be seen in context. It references a song, recently broadcast in the ARD program "Extra3," that attacks Turkey's excessive censorship and repression of freedom of speech in the country. Although the "Extra3" piece was indisputably a work of permissible satire, Erdogan called in the German ambassador and demanded that the video be erased.

Over a week later, the German government issued a public statement defending freedom of speech in Germany.

How far can satire go in Germany?

The Böhmermann video ingeniously and cryptically takes it one step further - with such absurdly exaggerated insults that even the harshest Erdogan critics can't take any of them at face value.

Despite the obviously offensive statements in the video, it does not intentionally defame the president - which would indeed require legal action. Instead, it satirically criticizes Erdogan's dictatorial approach to freedom of the press and freedom of opinion and takes him to task for trying to torpedo these freedoms in Germany - as in the case of the "Extra3" song.

That's precisely what makes Böhmermann's video dyed-in-the-wool satire. It's not only of didactic value in defining the boundaries of satire (and could actually be used in educating journalists and lawyers). It also shows how powerful satire can be when it pokes a finger in social and political wounds.

Enduring the pain is what characterizes a democratic society.

Turkish President Recep Tayyip Erdogan has said he rejects US and EU criticism over clampdowns on press freedoms. Erdogan has called on western leaders to "contemplate their own shame" before criticizing Turkey. (05.04.2016)

US has 'no better friend' than Germany, says US top diplomat Antony Blinken 22h ago

Opinion: Euro 2020 — Germany got more than they deserved 19h ago