Opinion: Another 'yes, but' ruling

The ESM is not unconstitutional; a decision, the court said, of "true political import." However, DW's Daphne Grathwohl argues that the court's rulings are losing their importance.

Once again judges at the German Constitutional Court in Karlsruhe issued a "yes, but" ruling. Yes, the European Stability Mechanism (ESM) conforms to the constitution - but some adjustments need to be made.

The judges in Karlsruhe called for a limit to German liability of 190 billion euros and said higher payments could not be made without the approval by representatives of the German people. The judges also demanded more participatory rights for the German upper and lower houses of parliament.

The ruling follows the logic of other decisions by the court on the euro rescue policies emanating from Brussels.

A year ago, the Karlsruhe court ruled that the ESM's predecessor, the temporary EFSF rescue fund was indeed constitutional, but only if the participatory rights of the German parliament are not undermined by decisions from any special body, commission or committee. The rulings are a seal of approval from Karlsruhe for Berlin and Brussels to continue with their euro rescue efforts.

In Germany, the constitutional court enjoys the broadest respect. Germans trust the court more than they trust their political leaders in Berlin, not to mention Brussels. It is, after all, the task of the justices in Karlsruhe to examine whether laws are in line with the German constitution. Quite frequently, the court's rulings serve as a corrective for Berlin politics. It is not unusual that parliamentarians look to the court to fix controversial laws that they passed under massive time constraints and without fully comprehending the material. 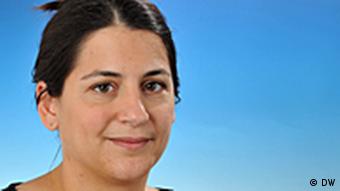 The situation, however, has grown more complicated. It is no longer a question of merely judging whether a law is constitutional or not. No one can predict just how the highly influential markets will react to political, economic or legal decisions. Perhaps no one would have batted an eyelash had the German high court struck down the ESM as unconstitutional. After all, the European Central Bank (ECB) could finance debt through the unrestricted purchase of government bonds from ailing countries. That would make the ESM superfluous. Does that also apply to the German court's decision?

Clear parameters for a euro rescue

The Karlsruhe justices, in their previous rulings on eurozone debt relief programs, have made clear what conditions they require - for example, parliamentary participation. And by now political leaders are observing these conditions for the most part. With every new case before the court there are little incremental steps of improvement. That is why we are seeing regular "yes, but" rulings.

However, these Karlsruhe decisions are increasingly losing their importance. There are growing suspicions that some are exploiting the court. For some plaintiffs the issue is not Germany's constitution. So-called euro-critics are trying to introduce as many measures as possible to block the eurozone rescue. They are abusing Germany's highest court and, in doing so, are only damaging it. The most recent effort was made by the Bavarian politician Peter Gauweiler with his petition to postpone Wednesday's ruling on the ESM and fiscal pact due to the ECB's announcement that it would buy up debtor country's bonds.

But Karlsruhe is also fighting to maintain its relevance on another front. It is noteworthy that Constitutional Court President Vosskuhle, in his remarks before announcing the verdict, expressly pointed out that the court had not examined European law - and that, even though violating the "no-bail-out" ban is a breach of European law. Would not the current case have been an opportunity to put the question to the European Court of Justice in Luxembourg?

It would have been a good opportunity to have the eurozone rescue measures examined by a European - and not a national - court. The yardstick would no longer have been the German constitution, but European law. Such a ruling would have had a pan-European character for all EU citizens - something that is missing in Europe.

Referring a case to the Luxembourg court, however, would be an admission by the Karlsruhe justices that they are not the last judicial authority at the European level. And so there will probably be more "yes, but" rulings from the German constitutional court - but each time with diminishing impact.

European Union politicians had been eagerly awaiting the ruling by Germany's Constitutional Court on a day that had been hailed as 'decisive' for Europe. The decision was greeted with relief by European leaders. (12.09.2012)

How the eurozone's debt firewall will work

Germany's highest court has ruled that the ESM is constitutional, but it also named a few conditions. The 700 billion euro rescue fund is meant to be a firewall against bankruptcies. (12.09.2012)

The world looks to Karlsruhe

The German Constitutional Court in Karlsruhe decided the European Stability Mechanism (ESM) is legal. Now DW examines the issues, the arguments and the role of the court. (11.09.2012)