Opinion: A Champions League reform that will only make the rich richer

A new Champions League season is starting amid ongoing debate about its controversial upcoming reforms. The changes will only benefit the continent's biggest clubs and damage UEFA, writes Olivia Gerstenberger. 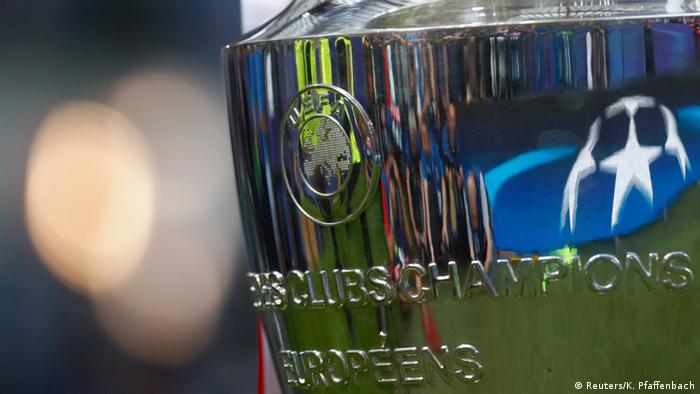 On Wednesday, a new UEFA president will be elected in Athens. And it is about time.

There has been a power vacuum at European soccer's governing body for months, and the shrewd bosses of the continent's biggest clubs exploited the opportunity. They pushed through reforms, which were grudgingly signed off on by UEFA and are to come into effect in 2018.

The likely effect of these reforms? To make the rich richer. As of 2018, each of the four major leagues - in Spain, Germany, England and Italy - will have four spots in the Champions League group stage.

This means that half of the teams in the group stage will come from these four leagues. The losers are smaller nations like Switzerland, who could lose their Champions League spot entirely, making it even more difficult to circle the elite. This is also likely turn off potential sponsors. 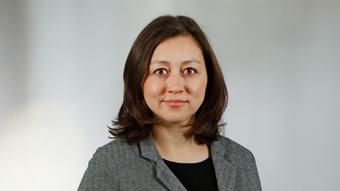 In the new formula for distributing Champions League revenue, even successes of many years ago will come into play, benefitting the clubs that have long been at the top of the food chain.

UEFA has described this as a "significant" increase in revenue. German football magazine "kicker" used an example to make the effect of the changes clear: If Real Madrid were to win the Champions League in the 2018-19 season, they would earn an incredible 135.5 million euros ($152 million). For an exit in the group stage, they would "only" earn 19.5 million. The gap between the Europa League and Champions League will also grow even larger.

In Bundesliga terms it will mean that in the future that even if Bayern Munich, Borussia Dortmund, Bayer Leverkusen and Borussia Mönchengladbach are all in the group stage of Champions League, as they are this season, only Bayern will cash in. Any team who advance regularly to the semifinals will earn more than 100 million euros - and for those that don't advance from the group stage: tough luck! It's pretty clear what kind of an effect this will have on competition in the various national leagues as well.

Karl-Heinz Rummennigge has described the reforms as an evolution not a revolution (as he patted himself on the back). Not only is he the chairman of Bayern Munich, but he is also the head of the European Club Association. Sure, the ECA counts a lot of smaller clubs among its members, but it is only the big ones that really have a say.

Rummenigge has achieved what he wanted: an international platform to catapult Bayern into a new sphere. After all, financially, the Premier League is miles ahead of the Bundesliga. In Germany, Bayern are already miles ahead of all the rest. And Rummenigge was at the forefront of pushing through theses reforms and forcing UEFA drove into a corner.

As they had done twice before, they threatened UEFA with the creation of elite and autonomous European "Super League." This threat has had its desired effect. Currently leaderless and rudderless, UEFA quickly capitulated, waving the reforms through - all prior to the election of a new president. 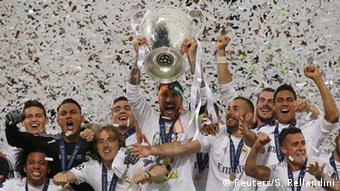 European giants like Real Madrid and Bayern Munich stand to benefit from the Champions League reforms.

Now the EPFL, the association of European leagues is demanding that the reforms are halted and are even threatening to schedule domestic league games on evenings when European games are played. This is another threat that is sure not to please UEFA and its advertisers.

The problem is that one of the presidential candidates, Michael van Praag of the Netherlands, has already actively supported the reforms - as a member of UEFA's Executive Committee. The other candidate - Slovenia's Aleksander Ceferin - deems the reforms to be "still better than a private Super League".

The reforms are not due to be put into effect for three years. After that, they will be up for renegotiation. By then, the new UEFA president will be fully established in the post. It's hard to imagine that he will put an end to this madness. And the rumors about a new "World Super League" featuring clubs like Bayern Munich, Juventus, and Real Madrid, but also from China, Brazil and Australia aren't going away.

Opinion: Germany has come to grips with COVID at last 17h ago