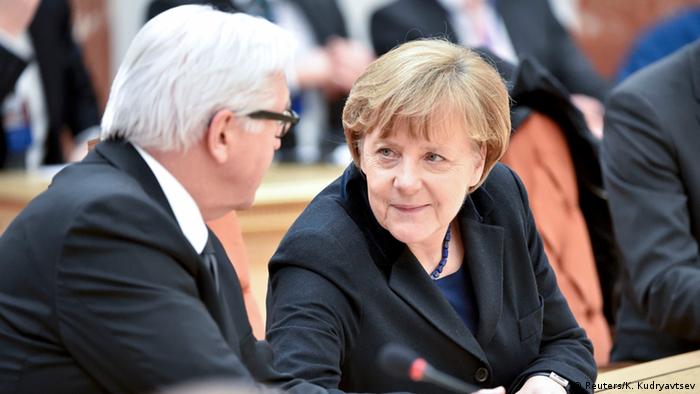 It's taken nearly two years, but now we know: Over the course of 2015, Chancellor Angela Merkel and Foreign Minister Frank-Walter Steinmeier have provided a compelling lesson in "neue deutsche Aussenpolitik."

Three crises have threatened Europe's stability - and thereby Germany's - to a degree rare since 1945. As the EU member country with most neighbors, Germany has a profound stake in the postwar order that guarantees the inviolability of national borders, an order defied by Russia's annexation of Crimea and intervention in eastern Ukraine. As Europe's preeminent economy and an export giant, it depends on a stable currency. And for both geopolitical and economic reasons it is a major beneficiary of the Schengen system of open internal borders currently being undermined as southeastern European countries erect walls and fences in a misguided effort to stop migration.

A threefold challenge to Germany

On all three issues - conflict in Ukraine, Greek debt and Eurozone unity, and refugees - Angela Merkel has charted a course and held it in the face of resistance at home and abroad. English-language media have reviled her austerity policies, yet she is Time Magazine's Person of the Year and its editors even go so far as to praise her for stepping in to bail out Greece "on her own strict terms." 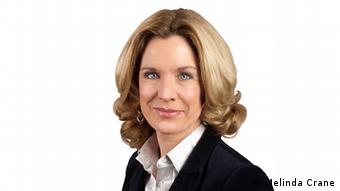 Leadership is not identical with foreign policy, of course, but rather a prerequisite: the latter requires strategic vision to realize its primary objective, namely ensuring the security and autonomy of the country implementing it. Merkel's vision of security is a realistic one; she knows that if Europe is to preserve the best of what it stands for - tolerance, freedom, and humanity - it must be prepared to change. She also knows that globalization is a two-way street that entails obligations as well as gains. She has not shied away from demanding change from the country's EU partners and from her own citizens. In an end of the year speech to her own party, she pointed out that the refugee crisis blurs the boundaries between domestic and foreign policy and reiterated her conviction that Germans can be "open, curious, tolerant and even exciting."

The past year has provided excitement aplenty for Frank-Walter Steinmeier. To succeed, foreign policy must pair strategic vision with diplomatic craft, and the foreign minister has supplied the latter in abundance. In late-night negotiating sessions with partners to the Minsk agreement and the Greek bail-out, in tireless travel to promote diplomatic solutions on Iran's nuclear program as well as for Syria, he has built bridges and mediated seemingly intractable conflicts.

"Time" commends Merkel for standing up "to tyranny as well as expedience," but German foreign policy in 2015 was no exercise in rosy idealism. To the contrary, it has been informed by what some critics regard as a decidedly unhealthy dose of Realpolitik. Witness the recent overtures to Turkey in connection with the effort to reduce the stream of migrants, or the backing for a military mission against the so-called "Islamic State" that few Germans believe will pacify Syria, but that Berlin regards as a crucial gesture of solidarity with Paris.

As the year draws to a close, it is clear that for all its strengths, the Merkel-Steinmeier approach has failed to resolve one central dilemma. Germany's foreign policy is of limited effectiveness unless coupled with coherent European initiatives. That is the striking lesson of the refugee crisis. Even as the massive influx of migrants blurs the line between domestic and foreign policy, it throws a spotlight on the vacuum at EU level. The lesson has not been lost on the chancellor, but to no small degree, the dilemma is of her own making: in the ten years she has been in office, she has consistently sought to renationalize EU decision-making, to shift it away from supranational governance back toward intergovernmental fora.

In those fora, Germany is a heavyweight - dominating decision-making on Greece, for example, and sparking resentment in the process. After pushing for less Europe, Germany suddenly finds it needs a great deal more; and yet when a more assertive Berlin seeks to fill the EU vacuum, it impedes deeper integration. Next year will show whether the neue deutsche Aussenpolitik can answer the latest iteration of the age-old "German question."

Would you like to contribute to the debate? Please add your comments below. The thread stays open for 24 hours after posting.