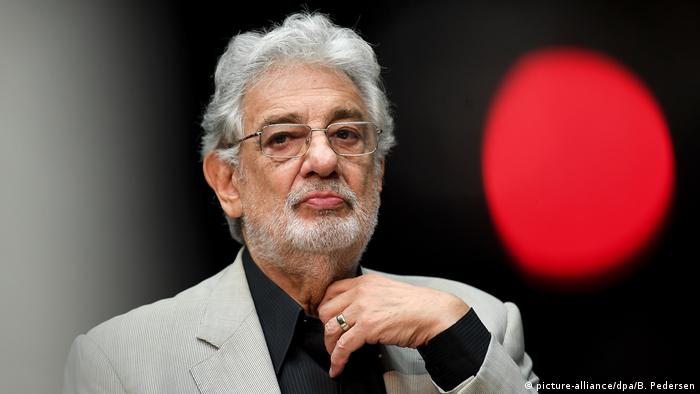 In the wake of nearly 30 allegations of sexual harassment, 79-year-old opera star Placido Domingo, apologized for "the hurt" caused to his accusers on Tuesday.

"I respect that these women finally felt comfortable enough to speak out, and I want them to know that I am truly sorry for the hurt that I caused them," Domingo said in the statement.

The apology comes after Hollywood producer Harvey Weinstein on Monday was found guilty in a New York trial of sexual assault and third degree rape.

'From flirtation to sexual advances'

The 79-year-old issued a statement Tuesday after the Associated Press reported that an investigation by the opera performers' union in the US confirmed that accounts from 27 people who accused Domingo revealed more than two decades of consistent sexual misconduct and abuse of power.

The American Guild of Musical Artists (AGMA) investigation "concluded that Mr. Domingo had, in fact, engaged in inappropriate activity, ranging from flirtation to sexual advances, in and outside of the workplace," a statement from the union said.

"Many of the witnesses expressed fear of retaliation in the industry as their reason for not coming forward sooner," it said.

Singers, dancers, musicians, voice teachers and backstage staff have said they witnessed or experienced inappropriate behaviour by Domingo towards women at different opera houses over the last three decades.

"I accept full responsibility for my actions, and I have grown from this experience," Domingo said, adding that he understood that some women were afraid to express how they felt "because of a concern that their careers would be adversely affected."

But while Domingo said he wanted to bring about "positive change" in the opera industry, the statement did not specifically confirm any of the allegations.

The singer, whose career as a soloist, conductor and opera house director, has spanned five decades, had previously denied all accusations of non-consensual kissing and fondling, calling them "inaccurate" and "always welcomed."

"It is my fervent wish that the result will be a safer place for all in the opera industry, and I hope that my example moving forward will encourage others to follow," he added.

The Spanish singer dropped out of a performance at the Metropolitan Opera in New York in November following accusations of sexual misconduct levelled by several women in the classical music world.

Domingo also resigned from his position as general director of the Los Angeles Opera following the allegations.

Several opera houses around the world also cancelled appearances by Domingo — one of the "Three Tenors" who performed with Jose Carreras and the late Luciano Pavarotti — after the accusations.

Yet Domingo has since performed in Austria, Hungary and Russia, and he still has a string of upcoming concerts in Europe that have not been cancelled.

Numerous women have alleged that the prolific opera singer abused his position of power to pursue young females and sexually harassed them with impunity. The 78-year-old married Domingo denies the allegations. (13.08.2019)