Numerous women have alleged that the prolific opera singer abused his position of power to pursue young females and sexually harassed them with impunity. The 78-year-old married Domingo denies the allegations. 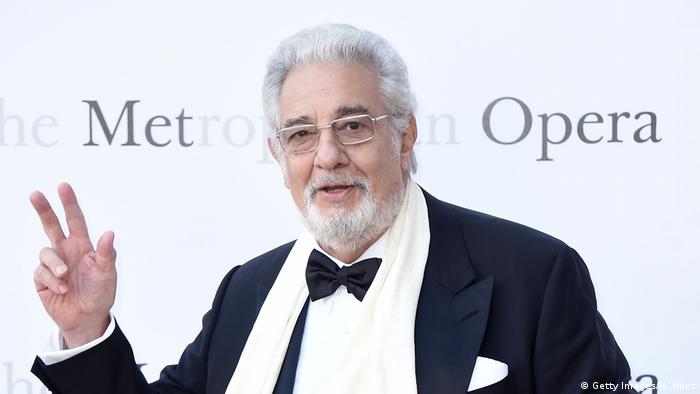 The Los Angeles Opera will investigate accusations that nine women have made regarding sexual misconduct against Placido Domingo, according to a statement on Tuesday.

The women, compromising of eight singers and a dancer, told the Associated Press that Spanish-born Domingo exploited them into sexual relationships and manipulated them with offers of job prospects.

The LA Opera, where Domingo has been director general since 2003, said in a statement it would "engage outside counsel to investigate the concerning allegations."

"Placido Domingo has been a dynamic creative force in the life of LA Opera and the artistic culture of Los Angeles for more than three decades," it added.

"Nevertheless, we are committed to doing everything we can to foster a professional and collaborative environment where all our employees and artists feel equally comfortable, valued and respected."

The 78-year-old has won multiple Grammy awards and has been described by colleagues as a hard-working prodigy in the art world.

However, his accusers stand firm that Domingo's inappropriate sexual conduct has long been an open secret in opera circles and that the singer abused his position to take advantage of aspiring young women.

Who are the women

Only one of the women allowed her identity to be disclosed, Patricia Wulf, a mezzo-soprano who sang with Domingo at the Washington Opera.

In addition to the nine accusers, a half dozen other women have told AP that Domingo made them feel uncomfortable on several occasions.

Seven of the nine accusers told AP they feel their careers were adversely impacted after they rejected Domingo's advances while some said that they were never hired to work with him again after they went on to work for other companies.

Domingo did not respond to detailed questions from AP about specific incidents, but issued a statement.

He said that the allegations dating back as many as thirty years "are deeply troubling" and" inaccurate."

"…I believed that all of my interactions and relationships were always welcomed and consensual," he added.

A spokesperson for the Royal Opera House (ROH) in London told DW: "The ROH has not been made aware of any accusations pertaining to Placido Domingo’s time as a visiting artist or conductor. However, we have a zero tolerance policy towards harassment of any kind and recently refreshed our code of conduct to ensure all staff and visiting artists abide by the rules at all times."

Domingo performed several times at the ROH over the course of his career.