OPEC countries failed to reach a deal as fellow key exporter Russia refused to agree to a cut in production. Member states say the cut is vital as oil prices have taken a hit during the COVID-19 outbreak. 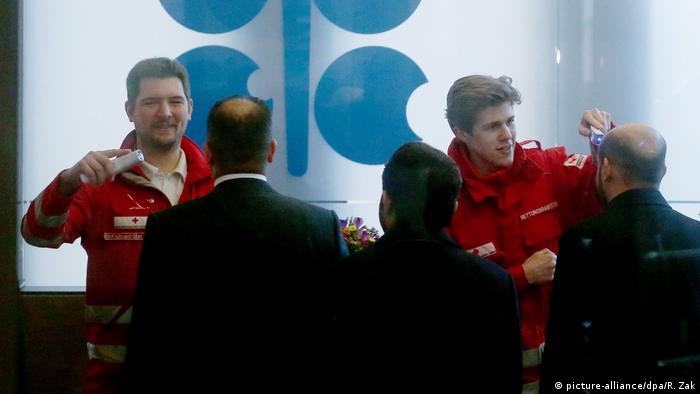 Oil prices took a dive on Friday after Russia failed to agree with OPEC members on a cut to oil production. The cut was aimed to contain the plunge in the price of crude oil caused by the coronavirus outbreak's disruption to world business.

Russia is not a member of the Organization of Petroleum Exporting Countries (OPEC) but is a key fellow exporter and typically an ally to the group. Some members of OPEC insisted that non-OPEC allies, such as Russia, join in with production cuts.

"Some members of OPEC were insisting that non-OPEC must definitely reduce production by a fixed amount and they did not accept that amount," Iranian Oil Minister Bijan Zanganeh said after the Vienna meeting of the group. "This made the work reach a dead end."

"This was one of the worst meetings I've seen in the history of OPEC," he added.

The 14 OPEC countries had wanted to cut output by 1.5 million barrels a day, or about 1.5% of world production.

Oil prices have been dramatically sliding since January over concerns around the spread of COVID-19, with the cost per barrel on Friday at its lowest since mid-2017.

Cheaper oil may be a good thing for consumers in the short term, but it hurts producing countries and companies and can have knock-on effects on the economy more broadly. Thousands of US workers have already been laid off.

Read more: Opinion: Will the new coronavirus spell the end of globalization?

"At the end of the day, there was the general painful decision of the joint conference to adjourn the meeting,'' OPEC Secretary General Mohammed Barkindo said.

"The numbers are clear: the demand destruction is real," he added.

Scheduling another meeting to attempt to broker a deal may be difficult given travel concerns around COVID-19, Iran's Zanganeh pointed out.

China, France, Germany, Russia, the UK and Iran have met to voice support for the nuclear deal. The group criticised the US for its withdrawal from the agreement. (26.02.2020)