Germany's federal police have said their website calling for information on the Berlin attack was struck by hackers. They had been asking witnesses to upload photos and videos after the incident in Germany's capital. 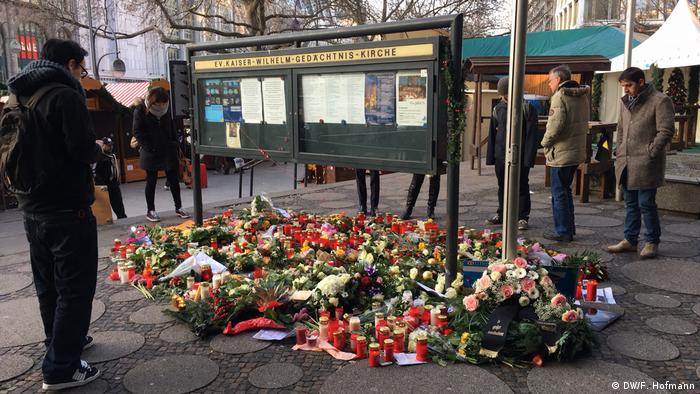 Germany's Federal Criminal Police Office (BKA) confirmed media reports on Wednesday that their online tip portal for the recent attack on a Berlin Christmas market had been hacked. The site was hit by a denial-of-service attack, in which a group of people block access to an online resource by flooding it with requests in an attempt to overload the system.

Berlin in mourning: Reaction to attack on Christmas market

World leaders condemn the attack on a Berlin Christmas market. The city honors the victims with a special church service. (21.12.2016)

The Polish man whose body was found in the truck after the Berlin attack apparently tried to fight off the attacker. The vehicle's GPS showed movement as "as if someone was learning to drive it," the man's cousin said. (20.12.2016)

Official: Tunisian suspect in Berlin attack was already under investigation for terror plot

German officials are searching for a Tunisian man whose ID was found under the driver's seat of the truck used in Monday's attack. The suspect was said to already have been under investigation for a terror plot. (21.12.2016)

The hack occurred on Tuesday, between 5 p.m. and 7:30 p.m. local time, a day after an unknown perpetrator crashed a truck into the Christmas market at Berlin's Breitscheidplatz. The attack, later claimed by "Islamic State" terrorists, killed 12 people, including the Polish driver whose truck was hijacked for the attack, and injured 49.

"We are doing everything to ensure accessibility," said a BKA spokeswoman, responding to the initial reporting on the incident by the news consortium Funke-Mediengruppe. She added that they do not yet know who is responsible for the disruption.

The BKA has said that the portal, set up for eye witnesses to share video and photos of the violence in Berlin, was backing to working properly shortly after the hack.

German police were still searching for the perpetrator on Wednesday. Although one suspect was arrested in the German capital on Monday evening, they released him the next day due to lack of evidence. The manhunt then turned to a Tunisian national, believed to be in his early 20s, whose identification documents were found in the vehicle used to carry out the attack. Local media reported that police were raiding a migrant shelter in the town of Emmerich near the border with the Netherlands, where the suspect is thought to have lived before relocating to Berlin.

According to the Bild newspaper, the man was already known to police over assault charges, but went into hiding before he could be detained. He was also said to have already been under investigation in connection with an act of terror.