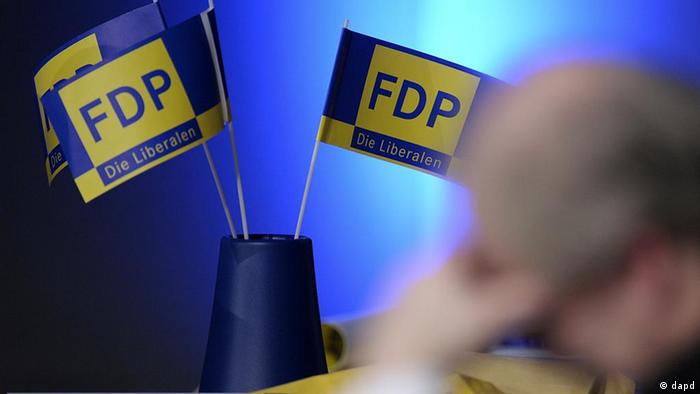 The Free Democrats are not all aligned under the same banner

Germany's smallest state has, for two years, had the distinction of being the only one to ever have a governing coalition made up of the Free Democrats (FDP), the Christian Democrats (CDU), and the Greens. The very differing agendas of the three parties make this an unlikely match on most other levels of government in Germany, but it has been in place in the south-western state of Saarland since 2009.

As of Friday, however, that coalition is no more. Internal problems within the FDP led CDU State Premier Annegret Kramp-Karrenbauer to dissolve the state government, saying the FDP was making the region ungovernable.

"A credible and reliable cooperation is no longer completely possible in this coalition," she said.

The fact that the dissolution of the state government in Saarland came from problems within the FDP is a black mark against the party, who is suffering from an image problem on the national level as well. The FDP is part of German Chancellor Angela Merkel's federal coalition government, too, but the longevity of that coalition is also starting to be questioned. 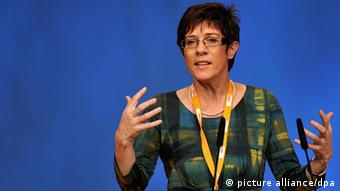 Kramp-Karrenbauer needs to re-form her government

German Development Minister, Dirk Niebel, who is a Free Democrat, said on Friday in an interview with the Phoenix TV channel that he thinks Kramp-Karrenbauer was deliberately attempting to damage the reputation of the FDP by allowing the coalition to fall apart.

"It was a clear sign from Ms. Kramp-Karrenbuaer of the anti-liberal course in Saarland," he said. "This could have been done much earlier, avoiding damage to the FDP."

The FDP held its traditional New Year's meeting on Friday in Stuttgart.

In Saarland, Kramp-Karrenbauer has the option to try and form a new cabinet or hold new elections.

The Greens co-chair, Cem Özdemir, called for the latter option.

"Given the current situation, the best solution is one that takes into consideration the will of the voters," he told the dpa news agency in Berlin. "For that, we need new elections."

A party-wide vote to overturn Merkel's eurozone bailout promises by back-bench rebels in the Free Democrat party has failed. Some 54 percent of party members voted in support of the party leadership's pro-EU stance. (20.12.2011)

Christian Lindner, the general secretary of the Free Democrats, Merkel's junior coalition partner, has tendered his resignation. The move may be linked to party infighting over eurozone rescue policy. (14.12.2011)

The vote of the pro-business FDP collapsed in Sunday's election, and they've now been thrown out of yet another state parliament. What does the presence of such a weak party mean for the federal coalition? (19.09.2011)

The FDP's fight for survival