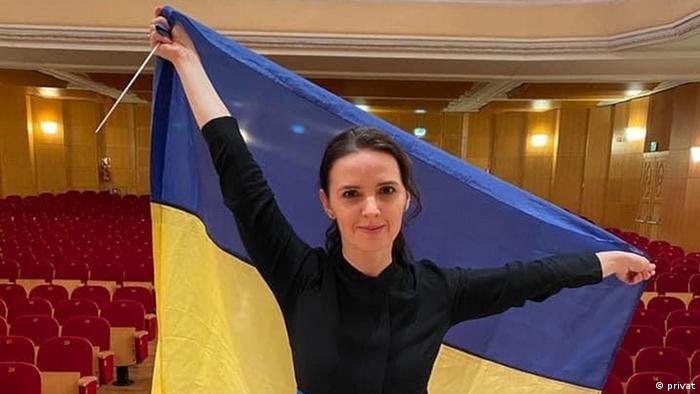 Conductor Oksana Lyniv is recognized internationally as a leading cultural representative of her homeland, Ukraine. In 2021 she became the first female to conduct at the renowned Bayreuth Festival. In the following interview, she expressed feelings of helplessness but also determination to do whatever she can to oppose the war and improve the situation for Ukrainians. She spoke to DW from Rome, Italy.

DW: What is the situation in your hometown of Brody, near Lviv?

My parents and my brother are there. There were attacks on the second day of the war. My mother and her twin sister, my aunt, have been hiding by candlelight in our root cellar. The young children in our family have been taken further away, to the Carpathian Mountains, to stay with friends, where it is safe. My father, a choir director, continues to organize concerts with his choir. They sing Ukrainian songs to boost people's spirits.

Do you fear for your family?

I'm not only afraid for my family. I'm afraid for my country, for my fellow human beings, for my nation. I am also afraid for the places I work — Lviv, whose city center is a UNESCO World Heritage Site, and the National Opera in Odesa. This war knows no rules; the worst thing is that it is no longer even about political issues. The Russian state wants to destroy the Ukrainian nation.

Lviv is trying to protect its cultural treasures. For example, the wooden sculptures from the Armenian Cathedral have been hidden away in bunkers. The last time this happened was during World War II. My colleagues from the music scene are either in the army or helping the refugees. But Ukrainians' desire for freedom remains unbroken.

You wrote an open letter to President Putin. Why was this gesture important to you?

I wrote this letter symbolically to Putin, but it's actually an appeal to all Russians who support this war through their silence. I wrote: "Putin, I want you to understand that a human being is not a physical body but a spirit first and foremost." Ukraine has banded together incredibly, from Kharkiv in the east to Lviv in the west, both young and old. People are confronting Russian tanks head-on without protection or weapons.

Before the invasion, President Putin gave a speech to the nation in which he more or less denied Ukraine the right to exist as a separate cultural nation.

What he said was complete nonsense. Ukrainian culture is many centuries older than Russian culture. That is why he hates Ukrainians: Without Ukraine he cannot explain the origin of Russia. Kyivan Rus [a medieval federation covering modern-day Ukraine, Belarus and parts of western Russia: Eds.] is the cradle of our civilization. However, Russian discrimination against Ukrainian culture also has a long tradition; it even took place in the Tsarist Empire. It is precisely this strategy that has led to this war.

Many people are currently fleeing Ukraine, including musicians from the Youth Symphony Orchestra of Ukraine, which you founded. How are they dealing with things?

Right now, "Music for Future," a kind of camp, is being set up in Ljubljana in Slovenia. Young Ukrainian musicians, both from my orchestra, which was created in 2017 with the participation of Deutsche Welle, the Beethovenfest Bonn and the German National Youth Orchestra, and other musically talented children and young people are being evacuated here. About 100 have arrived already.

What is so awful is that schools and music schools are also being destroyed in this war, leaving the young generation with no prospects. That is why it is so important for me to support at least some young artists, to create conditions so that they won't stop making music. We plan to invite members of leading European orchestras to Ljubljana so they can teach young Ukrainian musicians. For this generation, music is often the last thread that connects them with our homeland.

The current wave of support for Ukraine, with the Ukrainian national anthem sounding everywhere and every important building in the world lit up in Ukrainian national colors — that's all well and good, but what about in six months or a year? When no one can study, when the structures are destroyed? We must not allow Ukrainian culture to be destroyed. The cultural front is at least as important as the real front. 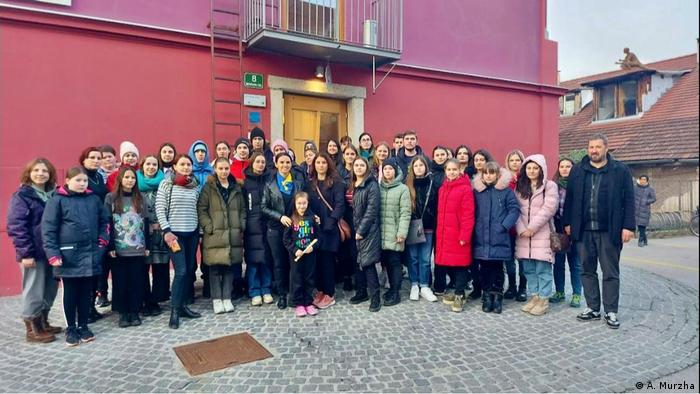 We're seeing a heated debate about whether Russian artists should also be sanctioned. Young Russian musicians are currently being excluding from competitions, and performances by Russian artists are being boycotted. What is your position?

I can understand that it is a matter of debate, but artists are representatives of their state. Sure, they can distance themselves from what the state is doing, but unfortunately far too few do, which is also true for the artists with whom I've shared the stage. There are a few, like opera director Dmitri Tcherniakov or conductor Vladimir Jurowski, who have clearly spoken out against the war and against Putin's policies. Some others, who were perhaps afraid to speak out publicly, have written to me in private. But when you look at a nation as large as Russia, their number is negligible. Unfortunately.

I know there are harsh punishments for every word spoken against the war in Russia, but I must urge Russian artists: Raise your voices! If you don't, the blood of innocent victims will be on your hands.

Editor's note: This article was translated from German. The German original was reviewed by Oksana Lyniv's representatives before it was published.