Cheap oil prices have been massively affecting global markets, from countries' budgets to world food prices. Now the oversupplied oil market is in for a rebalancing as non-OPEC producers like the US and Russia cut back. 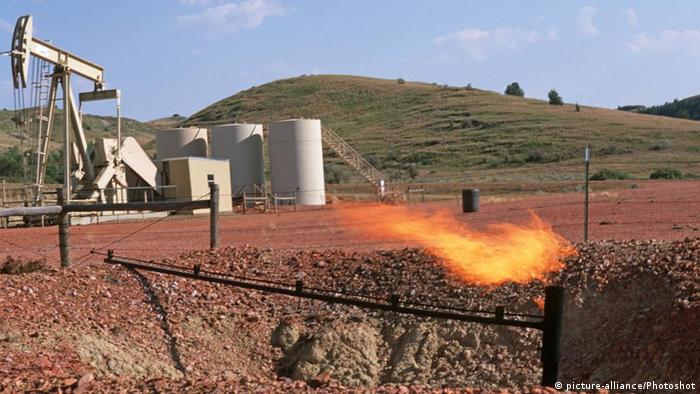 Oil production from non-OPEC countries is expected to plunge next year - perhaps the steepest decline since the Soviet Union collapsed - because of low prices, the International Energy Agency (IEA) said on Friday.

In its latest report, the IEA - a Paris-based institution advising the world's largest economies on energy policy - said non-OPEC production is forecast to drop nearly half a million barrels to 57.7 million barrels a day. This would be the biggest annual drop since 1992, when non-OPEC supply shrank 1 million barrels after the USSR crumbled.

"US oil production is likely to bear the brunt of an oil price decline that has already wiped half the value off" the main international crude oil contracts, the IEA said in its report.

Amid booming US production and high OPEC output, the benchmark price of oil dropped sharply from over $100 (89 euros) in early 2014 to about $45 this week.

Low oil prices have affected global markets and are particularly hurting high-cost producers, with US shale drillers accounting for four-fifths of that drop, the IEA said. Russian and North Sea supply is also forecast to shrink.

In addition, cheap fuel is attracting more customers: global oil demand is set to climb this year to a five-year high of 1.7 million barrels a day, before dropping to 1.4 million next year, the IEA said.

But the growth in demand won't be enough to absorb the high supply.

OPEC, led by oil cartel kingpin Saudi Arabia, stunned markets last year by deciding against cutting production, choosing instead to fight for market share by forcing the price down, thereby depressing the output of higher-cost producers by dropping the oil price below the rate profitable for those competitors.

That, at least, is what the Saudis hinted was the reason for their decision to abandon their normal role as the world's main crude oil "swing producer." Normally, the Saudis either cut back or increase production, as needed, to keep the price of oil within a desired range.

There was, however, a great deal of speculation that the main motivation of the Saudis' overproduction gambit was quite another: By engineering a prolonged, extreme fall in the price of oil, the Saudis would harm two of their geopolitical rivals - Iran and Russia. 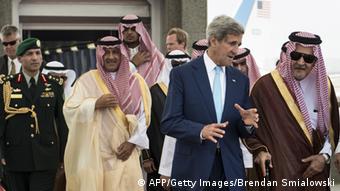 Both those countries are much more vulnerable to a massive drop in oil revenues than Saudi Arabia, because the latter has an enormous pool of US dollar financial reserves that it can draw down for a prolonged period if necessary.

Moreover, Saudi Arabia's profit margin per barrel is also higher than in other countries. Saudi Arabia is the cheapest place on Earth to pump oil.

Both Russia and Iran are supporting Syrian President Bashar al-Assad in his drive to stay in power, and Saudi Arabia is arming and funding al-Assad's opponents. From a geostrategic perspective, Saudi Arabia, by pushing global oil prices down, is able to do serious harm to its geopolitical rivals.

Moreover, the United States, which is Saudi Arabia's key geopolitical patron, has benefited from oil price reductions - even if its shale oil producers have suffered. Saudi Arabia's decision to overproduce and crash the price of crude came a few months after the conflict between the USA and Russia over influence in Ukraine came to a head.

Even if there is a drop in production next year, analysts say it's unlikely that prices will rebound anytime soon.

"The oil market will remain oversupplied in the short term," said a report from commodity analysts at Commerzbank in Frankfurt, Germany.