Authorities are trying to establish a motive after a man massacred nine people in Dayton, Ohio, before being shot and killed by police. The gunman could have taken more lives had police not responded within a minute. 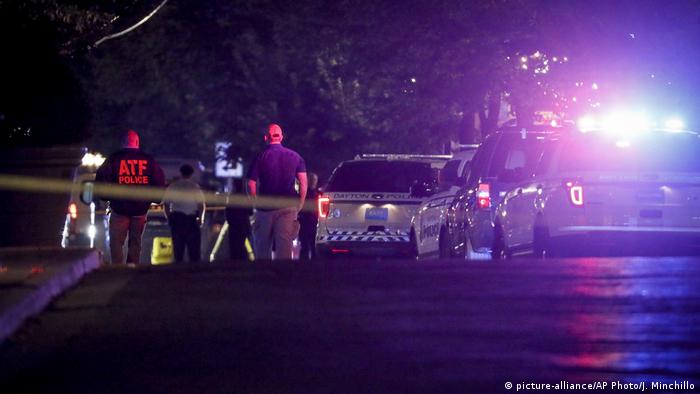 At least nine people were killed and 16 others were injured in a mass shooting in the US city of Dayton, in the second mass shooting within 24 hours after a similar incident at a shopping center in Texas.

The shooting took place in the historic Oregon District near downtown Dayton. Daily Dayton News reported that a man carrying a rifle opened fire at people outside a bar and attempted to enter the establishment before he was shot dead by police.

Authorities later said the suspect was wearing body armor and had additional magazines for the .223-caliber rifle.

Police responded to the shooting within one minute.

"Hundreds of people in the Oregon District could be dead today" if police had not responded so quickly, Mayor Nan Whaley said.

"We had officers in the immediate vicinity when this shooting began and were able to respond and put an end to it quickly," police said.

Authorities did not provide details of a motive, but identified the gunman as Connor Betts, a 24-year-old white male.

Officials said the 22-year-old sister of the shooter was among the nine fatalities.

Police Lieutenant Colonel Matt Carper described the shooting as "a very tragic incident" that police are doing "everything we can to investigate."

"We're still interviewing obviously a lot of witnesses as well as officers to determine if anyone else was involved," said Carper. The FBI is assisting in the investigation.

The mass shooting is the second of its kind within 24 hours. On Saturday, at least 20 people were killed when a 21-year-old male suspect opened fire at a Walmart in El Paso. Authorities are investigating the El Paso shooting as a case of domestic terrorism.