The Organization for Economic Cooperation and Development has halted talks aimed at allowing Russia into the elite club of the most advanced economies. The move comes as Moscow vows retaliation against Western sanctions. 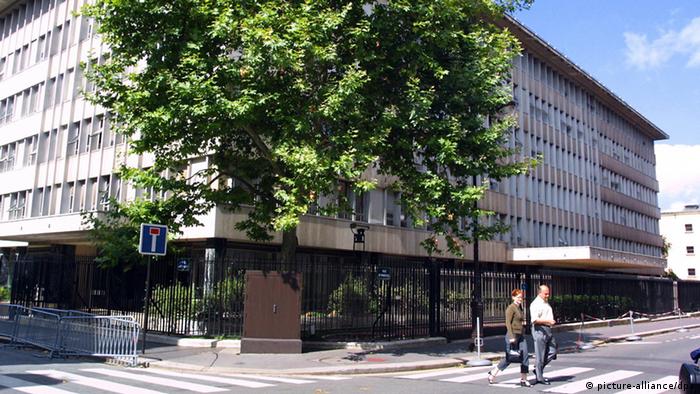 The OECD has postponed activities related to the accession process for the Russian Federation at the request of its 34 member countries, the Organization for Economic Cooperation and Development (OECD) announced on its website on Thursday.

OECD - which comprises the world's most advanced economies - also said Ukraine's Western-backed government should be enabled to take advantage of the organization's expertise to address the public policy challenges it was facing.

OECD membership is largely symbolic, but involves a series of examinations on OECD standards in areas such as democratic freedoms, tax and environment laws, as well as accounting and statistics rules.

The suspension of accession talks with Moscow came amid mounting international pressure on Russia over its role in the Ukraine crisis, which is set to escalate at the weekend when pro-Russian forces in Crimea hold a referendum aimed at seceding from Ukraine.

The United States and the EU have vowed to impose sanctions against Russia if the country annexes Crimea.

On Thursday,Moscow said it would impose "symmetrical" sanctions if the US and the EU resorted to such action.

"We are ready for any eventuality. We will mirror any action," Russia's Deputy Economic Minister Alexei Likhachev said.

Likhachev also said he hoped any sanctions would be political, not economic.

"One would like to wish that sanctions taken especially by the European Union would not restrain business cooperation," he said.

Most economies in Europe are closely interlinked with the Russian economy as they depend hugely on Russian gas and oil deliveries.