Obama′s praise for Merkel on Syrian refugees highlights US deficiencies | World | Breaking news and perspectives from around the globe | DW | 27.08.2015

Obama's praise for Merkel on Syrian refugees highlights US deficiencies

Barack Obama publicly lauded German Chancellor Angela Merkel's European leadership role in the Syrian refugee crisis. But the US president's praise also draws attention to his own country's meager record on the issue. 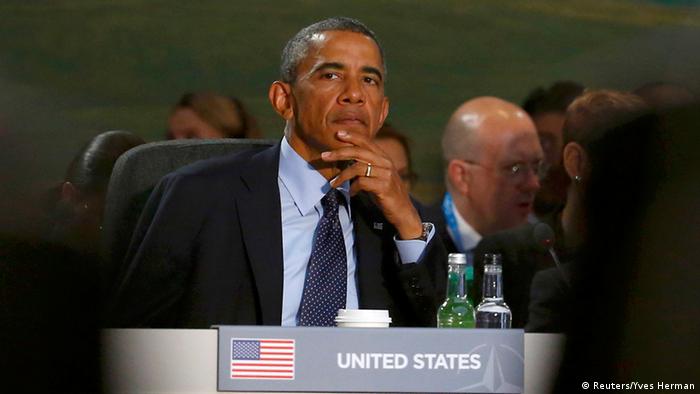 It does not happen every day that the White House puts out a statement explicitly praising a foreign leader for his or her actions on a certain issue. By doing so and by singling out Berlin's decision to suspend the so called Dublin rules to allow more Syrian refugees to come to Germany, President Obama was providing crucial support for the chancellor, who has faced criticism at home for being too slow to act.

"I think the US is trying to put their political weight behind that leadership that she is showing," said Elizabeth Collett, director of the Migration Policy Institute Europe.

Obama's presidential praise came on Wednesday. Hours earlier, Chancellor Merkel was booed by far-right protesters during a visit to a refugee center in a German town at the center of a recent wave of anti-foreigner violence.

"I think the praise is very well deserved," said Alexander Betts, director of the Refugee Studies Centre at the University of Oxford. "Germany is an exception in Europe in showing incredible leadership on the issue."

That it is leading on the Syrian refugee issue, however, cannot be said about the United States. So far, the US has accepted less than 1,000 refugees from that country since the crisis began. That is very unusual since the US traditionally accepts more refugees for resettlement than other countries. 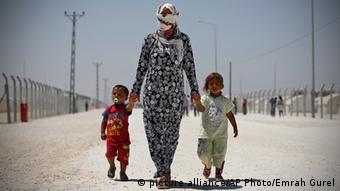 The US has accepted fewer than 1,000 refugees from Syria

"Historically, the US has the best record on resettlement bar no other country on the planet," said Betts. "Every year I think it resettles around 70,000 people. That's a larger number than any country in the world."

In fact, according to the UN Refugee Agency, the US is still the world's top resettlement country. Last year the United States accepted 66,000 refugees for resettlement, far ahead of No. 2 and No. 3, Canada and Australia, who accepted 15,000 and 5,000 each.

The UN Refugee Agency defines resettlement as "the transfer of refugees from an asylum country to another State that has agreed to admit them and ultimately grant them permanent settlement."

The reason why Washington's record on accepting Syrian refugees in particular is comparatively poor can be described in one word – security.

With the rise of the 'Islamic State,' taking in refugees from Syria has become a hot button issue in the US.

"Obama is facing opposition particularly from the Republicans in Congress who oppose resettling significant numbers of Syrians largely because of fear around resettling Muslims and a supposed link to terrorism," said Betts.

Leading Republicans, among them Michael McCaul, head of the Homeland Security Committee in the House of Representatives, have warned against allowing large numbers of Syrian refugees into the US.

"We have no way... to know who these people are and so I think bringing them in is a serious mistake," he said in May.

Despite those warnings, the US State Department recently vowed to accept up to 8,000 Syrian refugees next year. But Obama's political will may not be enough to make the envisaged resettlement happen.

"Every person to resettle must go through some form of security clearance and make sure they have no potential terrorist links," said Collett. "In Syria it is a very, very difficult thing to establish that you don't have a cousin on a watch list, or someone involved with the conflict."

As a result, getting an actual security clearance is extremely difficult and is further complicated by the fact that two separate institutions with different priorities – the State Department and the Homeland Security Department – handle resettlements.

With the security issue surrounding possible Syrian refugees continuing to be a challenge, the Obama administration has resorted to other measures to ease the refugee crisis. 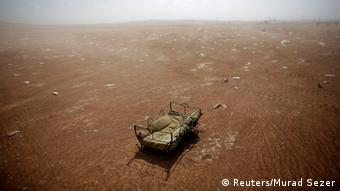 Washington and Ankara plan a safe zone at Syria's border

"It is notable that they have given significant funding to the World Food Program in the region to support Jordan, Libya and Turkey," said Collet. "And now they are talking with the Turkish government about the creation of a safe zone and the idea that people could move there and be safe."

Despite all those efforts and notwithstanding the political and security obstacles Obama is facing, said Betts, the administration's reaction to the Syrian refugee crisis could have been much stronger than it has been. And in that way, he added, Obama's remarks regarding Merkel were perhaps also intended as a conversation starter back home.

"Conferring praise on Germany is making a domestic political statement on the need for the US to do more."

Obama tells Merkel he appreciates her leadership on migrant crisis

US President Barack Obama spoke by phone with German Chancellor Angela Merkel about the recent refugee crisis and said he appreciates her recent decision to ease the asylum application procedure for Syrians. (27.08.2015)

Far-right protesters have jeered German Chancellor Angela Merkel as she arrived at a refugee center in Heidenau. Merkel had previously criticized the xenophobic protests against migrants in this small town. (26.08.2015)

Hungary is mulling sending over 2,100 police officers to its southern border to stop the flow of migrants into the country. Meanwhile, the police fired tear gas on people trying to leave a refugee center. (26.08.2015)