Obama: Troops deploying to protect US embassy in Iraq

US President Barack Obama has told Congress that the US is to deploy up to 275 troops to Iraq, to support diplomatic staff in the capital, Baghdad. Once there, their mission will be to protect the US embassy. 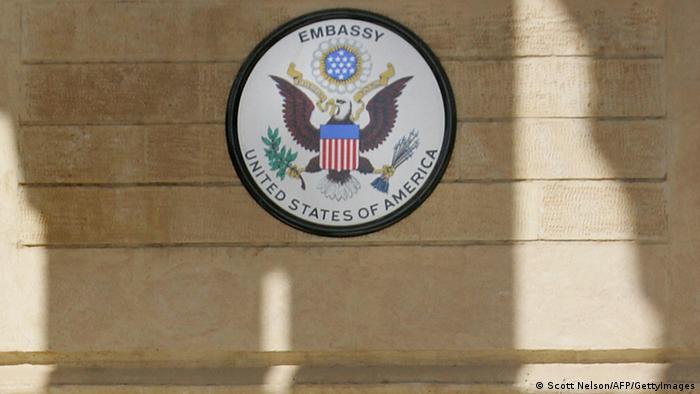 The president told Congress on Monday that the US was sending up to 275 military personnel to Iraq, providing support and security for employees at Washington's embassy in Baghdad.

The move comes after jihadists calling themselves the Islamic State of Iraq and Syria (ISIS) seized much of the north of the country in a lightning sweep last week that took major towns, including the country's second city, Mosul.

The latest deployment was said to have begun on Sunday.

"This force is deploying for the purpose of protecting US citizens and property, if necessary, and is equipped for combat," Obama said in a letter to Congress lawmakers. "This force will remain in Iraq until the security situation becomes such that it is no longer needed."

A number of US citizens were airlifted from an airbase to the north of the capital late last week, as the fighting drew nearer.

Even ahead of the deployment, there were some 160 troops already stationed in Iraq, including some 50 Marines and more than 100 Army soldiers. The White House said the troops with the consent of the Iraqi government.

Some staff to be moved out

In a statement, the White House said that troops would also be helping relocate diplomatic staff to consulates in Arbil and Basra, as well as across the border to Jordan. However, it added that the embassy remained open and that the majority of staff would reamin in place in Baghdad.

Obama said he was notifying Congress under the War Power Resolution, which allows a US president to deploy troops without the consent of the houses, but places a 60-day time limit on the length of time troops are stationed.

Fighters from ISIS are now in control of a swathe of land to the north of Iraq and have vowed that they will continue to press towards the capital. The group, whose extremist Sunni followers perceive Shiite Muslims to be infidels, is alleged to have carried out numerous summary executions in the towns that they have taken over. The militants also posted pictures that showed an alleged massacre of captured government soldiers.

Earlier on Monday, US officials discussed the crisis in Iraq with counterparts from Iran - which is largely Shiite - on the sidelines of a meeting about Iran's nuclear program.

The US State Department's deputy spokeswoman Marie Harf confirmed to CNN television that there were "brief discussions." While acknowledging that Washington and Tehran had "a shared interest" Harf said it remained unclear if the US would wish to continue to engage with Iran on the matter.

Pentagon spokesman Rear Admiral John Kirby ruled out the possibility of any US-Iran military involvement in Iraq, saying: "there is absolutely no intention, no plan to coordinate military activities between the United States and Iran."

Earlier, US Secretary of State John Kerry had appeared to leave the door open to any such military cooperation. "I wouldn't rule out anything that would be constructive," he said.