Obama announces end to Iraq War | World| Breaking news and perspectives from around the globe | DW | 22.10.2011

US President Barack Obama has announced that American troops are due for a full withdrawal from Iraq at the end of the year. Washington claims that the country is now ready to take responsibility for its own security. 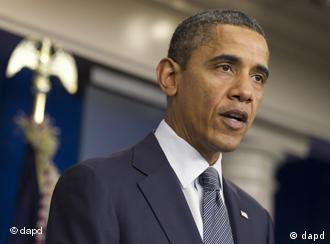 The president said relations with Iraq would enter a new phase

"After nearly nine years, America's war in Iraq will be over," US President Barack Obama told reporters at the White House on Friday evening.

That morning, said the president, he had spoken to Iraqi Prime Minister Nouri al-Maliki and both had been in general agreement about how to proceed.

A corresponding agreement was reached in 2008 under the administration of George W Bush before Obama took office, fixing December 31, 2011, as the date for the withdrawal of US troops.

On that day, the legal immunity of US soldiers on Iraqi soil also comes to an end.

Negotiations to extend the legal exemption appear to have failed. The Iraqi Prime Minister announced in the past week that, while some US troops could remain in Iraq to train the Iraqi military, they could not be granted an extension of the immunity. However, for the US, legal exemptions for its troops are the basic prerequisite for an extended deployment. 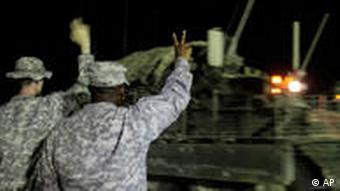 Relations with Iraq are to move into a new phase, Obama said in his announcement.

There was to be "a normal relationship between sovereign states, an equal partnership based on mutual interest and mutual respect."

Obama said that he had invited Maliki to the White House in December, when discussions could take place on how the US could further contribute towards the training of Iraqi troops “just as we offer training and assistance to countries around the world."

Denis McDonough, the White House's deputy national security adviser, described the war as a "success." The president's strategy of helping to build Iraq's own security forces and capabilities had worked, he claimed.

One report after another, McDonough said, had proved "these guys are ready; these guys are capable; these guys are proven; importantly, they're proven because they've been tested in a lot of the kinds of threats that they're going to see going forward."

Washington was satisfied, said McDonough, although it would continue to train Iraqis on the weapons systems that the US had sold to the country. Further joint training would also take place, he said. The U.S. would have 4,000 to 5,000 contractors to provide security for US diplomats, including at the U.S. embassy in Baghdad and at consulates.

With regard to the security situation in Iraq, Vice President Joe Biden's national security advisor Tony Blinken noted that democracy had begun to be established in the last two to three years.

"Increasingly, Iraqis are figuring out how to resolve their differences through a political process." 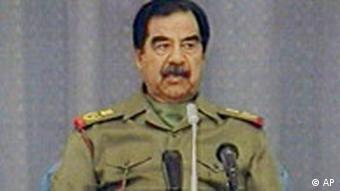 The invasion led to the overthrow of dictator Saddam Hussein

Blinken added that the security situation in Iraq was vastly improved: "If you go back to 2007, early 2008, there were about 1,500 security incidents every week. Now we're down to around 100 a week."

With the remaining 40,000 US troops to be brought home in the coming months, Obama will be able to meet one of his election campaign promises.

The war, which began in March 20, 2003, has seen more than a million soldiers in total serving in Iraq. More than 4,400 US soldiers have lost their lives. The financial cost of the war has been placed by one report at almost $1 trillion (719 billion euros).

Iraq's move to revoke immunity for troops adds to US problems

The Iraqi government's intention to revoke immunity for US troops staying on past the official withdrawal date poses a problem for the US not only in Iraq but potentially for all its future overseas deployments. (19.10.2011)

US troops to withdraw from Iraq