Iraq′s move to revoke immunity for troops adds to US problems | World| Breaking news and perspectives from around the globe | DW | 19.10.2011

Iraq's move to revoke immunity for troops adds to US problems

The Iraqi government's intention to revoke immunity for US troops staying on past the official withdrawal date poses a problem for the US not only in Iraq but potentially for all its future overseas deployments. 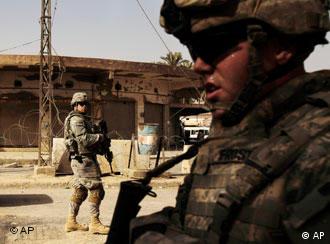 The logistical headaches facing the United States as it prepares to bring home the majority of the 40,000 or so troops still left in Iraq by the start of 2012 were compounded last week when Iraq's political leaders agreed to allow some US military trainers to stay in the country past the withdrawal date but declared that any remaining troops should not be granted immunity from Iraqi law.

Under Article 12 of the 2008 bilateral 'status of forces agreement' (SOFA) between the US and Iraq, "Iraq shall have the primary right to exercise jurisdiction" over US forces, but only in cases of "grave premeditated felonies" and only when "such crimes are committed outside agreed facilities and areas and outside duty status."

In cases which fall outside the definitions of the SOFA, US troops accused of crimes within Iraq have been tried and punished by US military courts back on home soil. No US troops have been tried by the Iraqi justice system despite a number of cases allegedly falling within the definitions of the SOFA in regard to crimes punishable by Iraqi courts.

Cases such as these have provoked angry accusations in Iraq that the immunity agreement has been used to shield US military personnel from punishment despite the fact that private security contractors from the US have been prosecuted under Iraqi law while US troops have faced military tribunals for crimes committed in Iraq back in the United States.

"US soldiers were obviously accused of crimes in Abu Ghraib and other situations on the ground where Iraqis were killed without context," Professor Patricia DeGennaro, a security expert at New York University's Department of Politics and a senior fellow at the World Policy Institute, told Deutsche Welle.

"These soldiers were in fact tried in the States," she said. "The Army is holding more soldiers feet to the fire when they commit war crimes. Such cases against troops in the US have been effective and continue to be more effective as time passes." 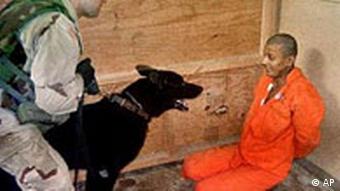 The Abu Ghraib accused were tried and convicted in the US

Lt. Col. Bill Connor, former senior U.S. advisor in Helmand Province, Afghanistan, and an attorney in civilian life, said there had been numerous instances of US soldiers being prosecuted and sentenced to long jail terms for war crimes violations.

"I dare say that Uniform Code of Military Justice (UCMJ) is stiffer than almost any set of national laws," he told Deutsche Welle. "All the main characters in the Abu Graib scandal have been convicted under UCMJ and sent to prison for varying lengths of time. Other lower enlisted soldiers have been tried and convicted under court martial after they returned home. The US military does not turn a blind eye. If anything, they may go overboard at times."

The topic of immunity for US troops is a painful one for Iraqi citizens due to its association with some of the worst crimes of the war such as the Abu Ghraib prison scandal and the killing of civilians by Blackwater mercenaries. The issue evokes such painful memories that the Iraqi government has come under increasing pressure from the population to revoke immunity for any US troops staying behind.

For US military planners, legal immunity is a must for any American troops, not only those serving in Iraq as part of any training mission after 2011, but anywhere in the world. The Iraqi decision to revoke immunity puts the US in a position where it could withdraw all its troops out of Iraq, leaving no military support behind. 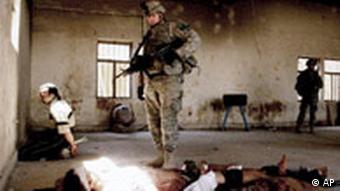 US troops need to feel secure when in combat zones

Even though the troops which potentially stay behind in Iraq would be training Iraqi forces, should a combat situation arise in which US soldiers are forced to engage in, DeGennaro believes that the lack of immunity may compromise their effectiveness.

"US soldiers need to feel they are able to respond as needed," she said. "If they respond in a way that is not accepted by Iraq but is accepted by the US, they need to know that they are supported by their country."

"There can be all kinds of misunderstood events that can cause international problems," she added. "The deal should be that if war crimes are committed, these soldiers must be held accountable under US law transparently so Iraqis understand that the US will not tolerate these types of acts."

According to Lt. Col. Bill Connor the problem in Iraq could be the prosecution of offenses that are unique to the country.

"For example, the Iraqi Constitution starts with the line 'no law will conflict with Islam'. Therefore, Sharia Law is arguably the law of the land in Iraq." 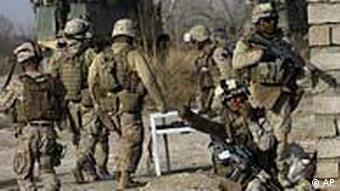 The lack of immunity could effect future US deployments

The Iraqi decision to remove immunity for US troops in Iraq may have more far-reaching consequences than the US deciding against leaving any troops behind. The potential knock-on effects for US troops on foreign deployments around the world could shape Washington's future approach to defense engagements outside of the United States.

If other countries withdraw immunity clauses from 'state of forces' agreements with the United States, Washington's reluctance to keep its forces in that country - or even deploy them there in the first place - would restrict the US military's reach. The US would be forced to think twice about putting its soldiers at the mercy of another country's law in time of war.

Patricia DeGennaro believes that modern warfare and the changing demands of the military has contributed to this thinking over the conduct of troops, the interpretation of laws and the use of immunity. A re-defining of military roles could help to eliminate the gray areas and the risks that may come about when deployed overseas.

"The lines have been blurred between military and civilian components of national security and countries expect the military to adhere to civilian standards but this is just not possible," said DeGennaro. "In Iraq and Afghanistan, the military has been expected to take on so many civilian responsibilities that we are all forgetting they have a different function. They are not police or reconciliation officials."

A British inquiry into the death of an Iraqi detainee has sharply criticized the conduct of British soldiers. But the growing number of Iraqis who claim they were mistreated could point to broader systemic abuse. (08.09.2011)

Britain faces its own Abu Ghraib as torture allegations surface

The British Ministry of Defence says it is taking claims of torture against detainees in Iraq very seriously. Detainees claim they were raped and tortured by British soldiers. (14.11.2009)